The solar thermal project will help advance India’s goal of adding 20,000 MW of solar energy by 2022 and will result in the avoidance of approximately 557,000 tons of CO2 emissions per year compared to a similar sized coalfired power plant.

Under the contract, AREVA will build two 125 MW CSP plants using its Compact Linear Fresnel Reflector (CLFR) technology and will provide construction management services for the project. The first phase of the project is under construction, with a target commercial operation date of May 2013. The solar power plants will be located in Rajasthan.

AREVA CEO Luc Oursel stated: “AREVA is delighted to help deliver on the promise of India’s progressive solar energy goals and to advance Reliance’s bold vision for a global clean energy portfolio. We will leverage our best-in-class experience to help make India and Reliance global solar industry leaders. Following our success in the French wind offshore sector, this contract reinforces the AREVA strategy in renewable energies.” 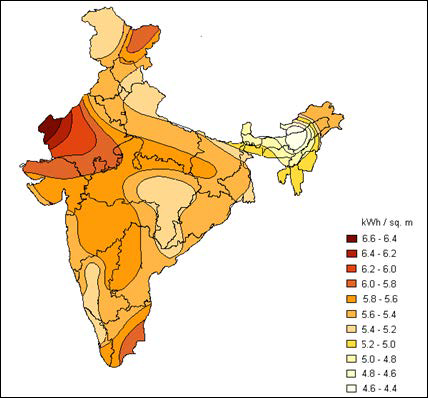 In Australia, AREVA Solar was awarded a contract to build a 44 MW solar thermal addition to the coal-fired Kogan Creek power station, and its energy consortium was selected as the preferred bidder for a 250 MW CLFR power plant under Australia’s Solar Flagships Program. And in the USA, AREVA Solar recently announced a partnership with Tucson Electric Power on a solar augmentation project in Arizona.

In total, AREVA Solar currently has more than 500 MW of CSP projects in operation, under construction or in advanced development, making AREVA one the fastest-growing CSP technology providers.