As CSP Focus reported earlier, the project was successfully connected to the grid on June 30. And three months later it is able to commercially realize full operation, indicating that China owns its 1st large-scale commercial CSP plant in operation.

It is absolutely a great milestonefor China CSP industry, which entitles China the 8th country in the world owning large-scale commercial CSP project. And the CGN Delingha plant is also amongst China 1st batch of 20 pilot projects and now the first with full completion.

This is a landmark for CGN’s solar-thermal energy development after more than ten years of development, Li said during the news conference held in Beijing on Wednesday today.

According to Li, CGN’s solar power business, after more than ten years’ development, currently covers 29 provinces nationwide, with an installed capacity exceeding 2.58 million kilowatts that ranks third across the country.

CGN has also been foraying in other forms of new energy in recent years in addition to nuclear power, including the country’s first large scale offshore wind power project in Shanghai, he said.

Built on a sparsely populated plateau, 3,000 meters above sea level, the Delingha power plant occupies an area of 2.46 square kilometers (246 hectares). The plant was first connects to grid on June 30.

More information on CGN Delingha CSP plant, you are also welcome to join the upcoming CSP Focus Innovation 2018（Oct.25-26, Xi’an, China）, where you will have the opportunity to communicate with senior executives from CGN Solar face-to-face. 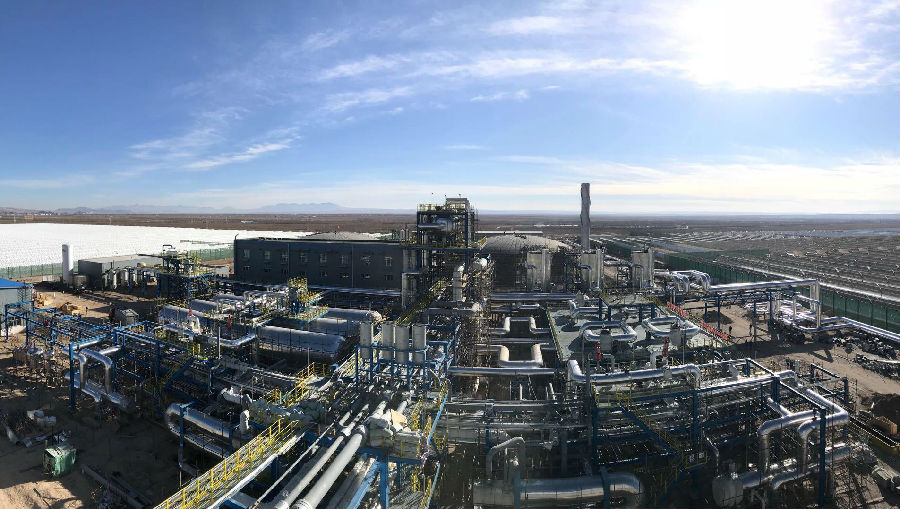 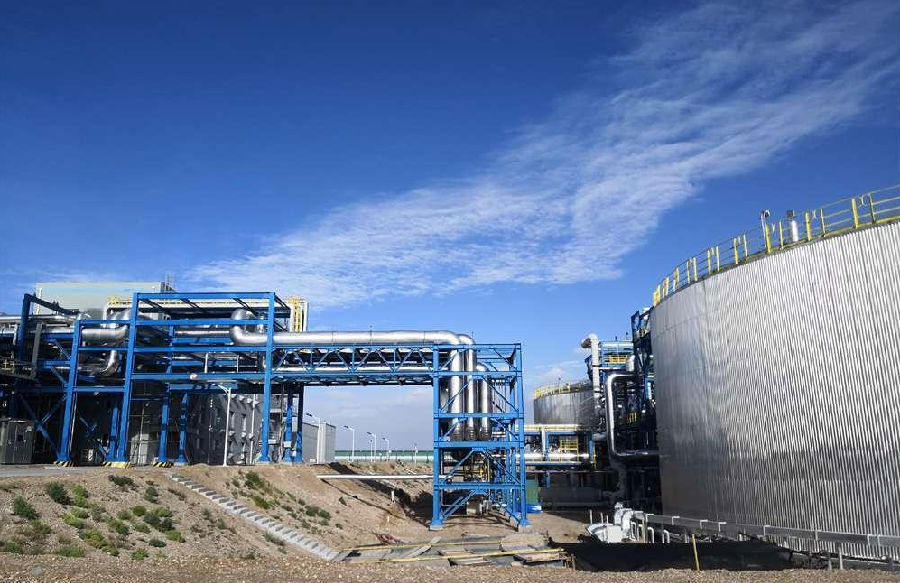 Molten salt tanks in TES&HTF island own an diameter of 42 meters, the longest in Asia

“We would expect that companies such CGN New Energy  will continue to seek out more advanced wind, solar and energy storage technologies in coming years.”

Chances are high that these Chinese clean energy companies will continue expanding in the clean energy sectors abroad in coming years, as many companies are stepping up their performance in overseas markets, actively investing in assets abroad buoyed by the China-led Belt and Road Initiative, he added.

According to Wang Zhigang,  the solar power project located on the plateau with cold temperatures and oxygen deficiency is capable of producing some 200 million kilowatt hours annually and replace more than 60,000 tons of standard coal each year and 100,000 tons of carbon dioxide emission every year.

The main part of the project commenced construction in August 2015, and is the country’s first solar power plant connected to the power grid. It was also the first solar thermal power project that received a preferential loan from the Asian Development Bank, said the company.