The CSP market will provide insight on the plans by developers, government, EPCs and other stakeholders.

If this discussion topic is relevant for your business, then you will enjoy the program for the 10th Annual MENA New Energy Summit (formerly MENASOL).

At the summit, you will meet with +450 industry experts and hosting +50 developer/EPC speakers who will share unprecedented insight on their MENA projects. 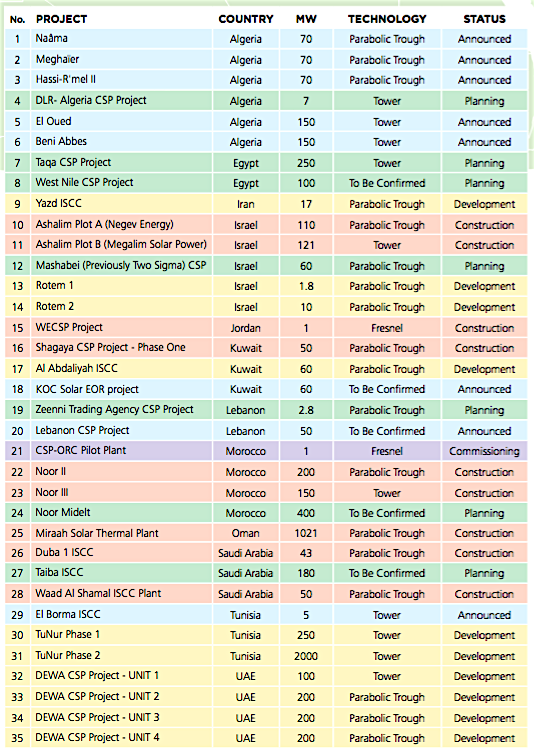 Even if some of the projects in the announced or in development categories do fall by the wayside, the sheer size of the pipeline represents an a huge upwelling of interest in CSP in the MENA region.

Morocco led the way in first committing to an ambitious 40% solar target back in 2010 and then making it happen in a very big way. Oman took a chance on investing big in a novel technology that can replace gas in oil fields.
Dubai can also take a lot of the credit, in attracting bids at record lows this year, first at 9.4 cents per kilowatt hour in May, and then even lower in September; just 7.3 cents.