The fact that all new power plants in Spain are expected to be renewable, added to the progressive closure of existing conventional power plants, prompts us to reflect upon the kind of market model that will enable the transition towards a low carbon energy system. This poses two fundamental questions.

The first question is, how could variable renewable sources, which will continue expanding rapidly given their low prices, meet demand whenever it arises. Or, more succinctly, which technologies will step-in between sunset and sunrise to replace the output of PV plants. Some will argue that the answer is natural gas; a fuel which is less polluting than coal and could be “painted green” with some biogas or with renewable hydrogen, providing back-up indefinitely.

The second question is, when PV and Wind output outstrip demand, how to avoid massive curtailment of excess renewable power as well as preventing electricity exports at rock-bottom prices.

The self-complacent answer to these two questions tends to be “energy storage”; an answer given with the intention of assuaging fears over the future of the power system, but that makes no attempt to analyze the business models necessary to support the large investments required for the widespread deployment batteries, pumped-hydro or hydrolyzers.

However, a balanced mix of dispatchable and variable renewable technologies could both minimize curtailment and secure night-time renewable energy supply, precluding the need for additional investments in storage systems. All this could be achieved investing sums equal or perhaps lower to those required to support a model which relies on natural gas for back-up power. The added advantage of the renewable model is that it would break Spain’s dependence on natural gas.

Even in sunny Spain, natural gas advocates argue that gas is already cost-effective, and that gas-fired power will continue growing thanks to its attractive prices and lower emissions. Yet, it is possible that more stringent emissions reduction legislation might come into force, making this argument in favor of gas less attractive. On the costs side of the argument, gas advocates have not considered that, in international tenders, a dispatchable renewable technology, concentrated solar power (CSP) with thermal storage, is already achieving lower prices than combined-cycle gas plants.

Others argue in favor of a model that relies on energy storage systems to manage a fleet comprising mostly variable generation technologies. They do so in the belief that the cost of batteries will drop rapidly, without considering the additional costs and dysfunctionalities inherent in a battery-centric system. The proponents of this model would certainly be delighted if the costs of large-scale battery storage systems dropped by, say, 70-fold.

Luckily, there is a cost effective alternative available today, concentrated solar power (CSP) with thermal storage. The storage capacity of CSP plants fulfils two functions: firstly, it stores energy whilst the sun is shining to generate clean power after sunset, which is precisely when PV output drops rapidly. Secondly, with the addition of an electric heater, CSP plants with storage can collect excess Wind and PV output at an investment level 70 times lower than battery systems.

A typical CSP plant, of the kind that will be built over the next decade, has a capacity of 150 MW and 12 hours of storage. Scale matters, because the larger a CSP plant is, the lower the price of the energy it yields. Incorporating an electric heater into a CSP plant would have a cost between 12 and 15 million Euros. This cost is, effectively, between 70 and 100 times cheaper than a battery storage system of 1800 MWh (150 MWe x 12 hours) or a pumped hydropower facility of an equivalent capacity. In any case, battery storage systems of this scale do not exist and their deployment is not expected anytime soon.

Among European countries, Spain is privileged with the best conditions for the deployment of CSP plants. Siting CSP plants is easier in Spain than in Italy or Greece, and to a certain extent also Portugal. CSP plants will not be built in Germany or in any other Central European country, owing to their low solar resources. However, Germany is already considering thermal energy storage as a solution to the growing problem of renewable energy curtailment. To mitigate this problem, which is only expected to become more acute as Germany furthers its renewable energy goals, there are already plans to install molten salt tanks, like those in CSP plants, to store excess renewable power in former coal power plants; keeping the plants in operation but avoiding burning coal.

Aside from the points explained above, there are many other reasons to think that the inclusion of CSP in Spain’s national Energy plan (PNIEC) is extremely positive. CSP with thermal storage contributes to grid stability, GDP growth, employment growth, regional convergence, geographic inclusivity of supplies within the whole country, and technological leadership, among other benefits. 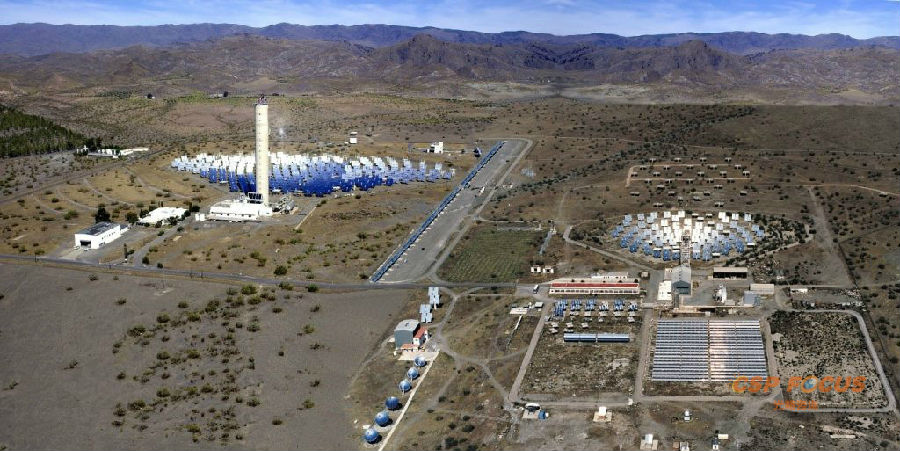 Lastly, I would like to dedicate some thoughts to the kind of market model that would enable the level of investment required to carry out a profound transformation of the electric sector. Such a transformation would require more than 100 billion Euros. Given that investments of this scale are not conceivable without sound business plans that guarantee reasonably predictable returns, all new capacity should be granted on the basis of competitive bids that provide a stable energy price for the entirety of the plants’ lifetime.

Such tenders would have to be issued progressively over the coming years and resulting prices will decrease over time. These tenders should also be specific to the type of technology and production profile, even for variable technologies. PV and Wind have different hourly and seasonal production profiles, for this reason it would be a serious mistake to let the market choose the cheapest technology only. Expected system needs, and response times of each technology, should be considered when issuing a call for tenders.

It would be much more inefficient and unpredictable to maintain a marginalist power market model and expect it to deliver the investment levels required. Especially given the growing uncertainty brought about by price deflation and volatility. Paradoxically, to achieve Spain’s renewable targets there might be the need to establish a complex system of subsidies, including a price floor for technologies whose auction prices for the regulatory lifespan of the plant turn out to be lower than the pool’s average price.

In the electric sector, which is heavily regulated and, for this reason, far from the perfect market hypothesized by economists, the marginal pricing market made sense when most of the energy had variable production costs; although in Spain this model has not yielded optimal results for consumers because it has overpaid some technologies. From now on, new build capacity will have high investment costs and very low variable cost; its remuneration will be set at a stable level for the regulatory lifetime of the plant by competitive tenders. These tenders will be specific to each technology, designed to optimally harness their unique characteristics and flexibility. All technologies will be necessary, and each one will make its contribution to the needs of the electric system. A decarbonized energy system at fair prices, even lower than current prices, will be achieved with the contribution of many different technologies.

Within this stable regulatory framework, the system operator should have enhanced powers to enable dispatchable renewables such as hydropower, biomass and CSP to work towards reducing emissions, the main objective alongside achieving affordable energy prices.

Some natural gas back-up capacity will still be necessary, but its overall contribution to the system could be below 5% per year. If this production was shared among the existing fleet, the operating hours would be too small and, given the current market structure, could result in enormous price fluctuations. For this reason, the maximum gas back-up capacity required would have to be estimated with a certain margin of safety and production from these back-up plants would have to be remunerated reasonably, based on a costs audit, to minimize uncertainty. Under this scheme, dispatching natural gas back-up power should be the responsibility of the system operator.

It results increasingly difficult to continue shoring up a marginal pricing power market with new and ever more complex regulations. This is particularly so in the context of electricity markets, in which a physical product must be delivered immediately, supply and demand must be in absolute equilibrium and in which the greater part of the generation would have a predetermined price.

For this reason, at some point before 2030 it will be necessary to completely overhaul the energy market. The transmission system operator, with enough tools at its disposal along with the expected contribution of proactively managing demand, would no doubt be much more efficient than the current system.

Energy transition towards a low carbon system is not only a matter of substituting power generation assets, it will also deeply affect the electricity business models.