The reverse bidding mechanism enabled qualified bidders to benefit from declining global prices for solar components, thereby reducing the purchase price of both solar PV and Concentrating Solar Power (CSP) for the utili

Launched in 2010, the Jawaharlal Nehru National Solar Mission Phase 1 (JNNSM) is well-poised to make India a global leader in the development of solar power. In a span of three years, India has taken a significant step forward in implementing its green growth agenda by increasing its installed capacity of solar power from around 30 MW to more than 2,000 MW, says a new World Bank report.

What is significant is that JNNSM has been instrumental in bringing down the cost of solar power to a level that is competitive across the world, says the report. It has reduced the costs of solar energy to $0.15 per kWh, making India amongst the lowest cost destinations for grid-connected solar Photovoltaic (PV) in the world.

The report, Paving the Way for a Transformational Future: Lessons from JNNSM Phase 1(pdf), says solar power can reduce India’s dependence on imports of diesel and coal for power generation, reduce greenhouse gas emissions, and contribute to energy security. Growth in this sector will help India increase its share of clean energy and help meet its target of reducing emissions per unit of its GDP by 20-25 percent by 2020 over 2005 levels.

"In a short span of three years, India has made impressive strides in developing its abundant solar power potential. With more than 300 million people without access to energy and industry citing energy shortage as key growth barrier in India, solar power has the potential to help the country address the shortage of power for economic growth," said Onno Ruhl, World Bank country director in India. "However, while India is clearly emerging as a global leader in the area of solar power, to achieve its target of adding 20,000 MW of solar capacity by 2022, it needs to address the key barriers and constraints that could come in the way of scaling up the solar program,"Ruhl added.

The report highlights several challenges that could act as a barrier to India achieving its solar targets by 2022. These include lack of access to low cost financing; inadequate solar infrastructure; lack of raw materials for several solar PV manufacturers; and an underdeveloped supply chain leading to high inventory costs.

"Building on the success of Phase 1, the program now needs to focus on promoting financing of solar projects by commercial banks, developing shared infrastructure facilities such as solar parks and identifying comparative advantage of Indian manufacturing across the supply chain", said Ashish Khanna, lead energy specialist and one of the authors of the report. 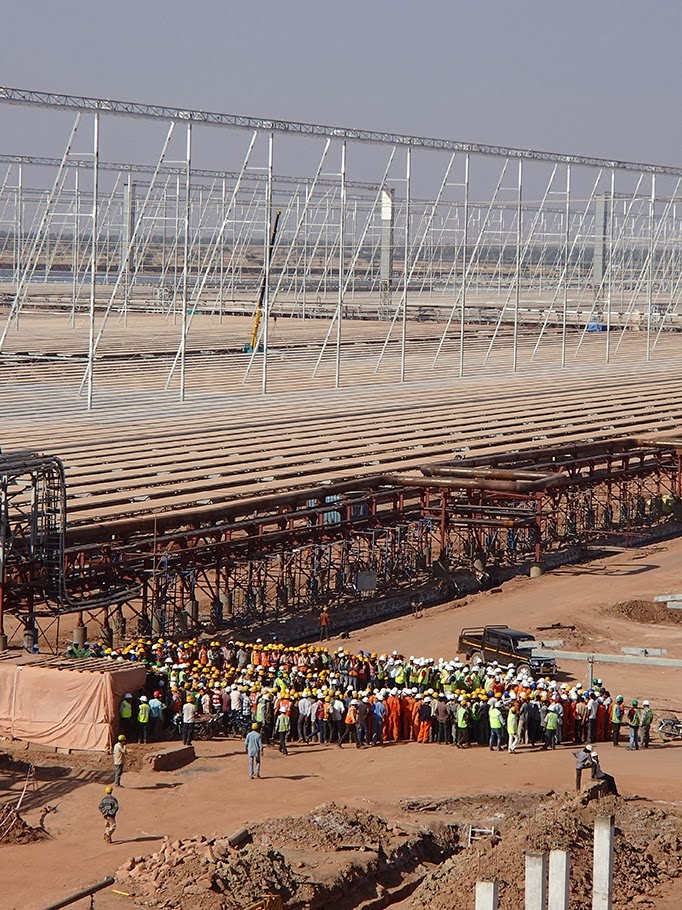 Under Phase I of the program, financing for solar projects mainly came from export credit agencies, multilateral financial institutions, and some nonbanking financial institutions and not from scheduled commercial banks. However, with limited availability of unallocated thermal generation, India may no longer have the option of bundling with cheap power. In such a scenario, unit cost of solar power will rise significantly. Given that most infrastructure lending in India has been led by commercial banks, India will need the active participation of commercial banks to scale up to the levels envisaged. The government needs to design risk reducing financing instruments such as subordinated public finance in order to attract long-term commercial lending to ensure long-term viability, the report says. 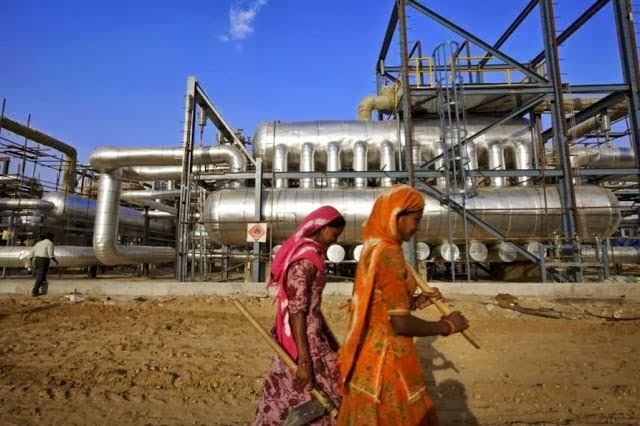 The report recommends publicly developed infrastructure such as solar parks to help increase efficiency and lower costs. A Solar park in Charanka (Patan district) in Gujarat is today the largest solar park in Asia.  Such shared infrastructure facilities helps in developing critical infrastructure, including facilities for power transmission, roads and water, thereby ensuring the rapid development of solar projects as well as local employment generation, the report adds. In addition, India’s plans to develop ultra-mega solar projects will help showcase the potential for large scale grid connected solar projects to the entire world, it says.

Currently India’s solar PV manufacturing capacity is limited because India’s manufacturers lack the raw materials, do not have access to low-cost financing, and face underdeveloped supply chains. In solar thermal, where local manufacturing is more complex, India has not been able to manufacture some critical components for these projects. According to the report, either technology suppliers are limited and their products patented or the lack of natural resources poses an impediment. India should develop its manufacturing capabilities in specific parts of the value chain where it enjoys a comparative advantage and can emerge as a globally competitive producer, the report suggests.

Facilitating public funding, creating an enabling environment for manufacturing and focusing on cluster-based project development will go a long way in achieving the outcomes of JNNSM during the subsequent phases, the authors conclude.