According to Mr. Jianxiang Jin, in fact the electricity generated can be more, which were influenced by several factors: operation experience, grid curtailment and equipment failure.

From August 20 to Sep. 26, 2019, the plant suffered the shutdown and limited load operation at 10MW~40MW, which resulted in a 7 million kWh reduction in power generation.

During the period from July 16 to July 25, 2020, the failure of the steam turbine caused about 2.2 million kWh loss in generation.

Apart from these, minor failures occurred in the cold salt pump, solar receiver and SGS system, and the total impact on power generation was close to 756,000 kWh, with an impact rate of 0.55 percentage points. The weather or insufficient operating experience also affect the power generation fulfillment rate by about 3.5%. 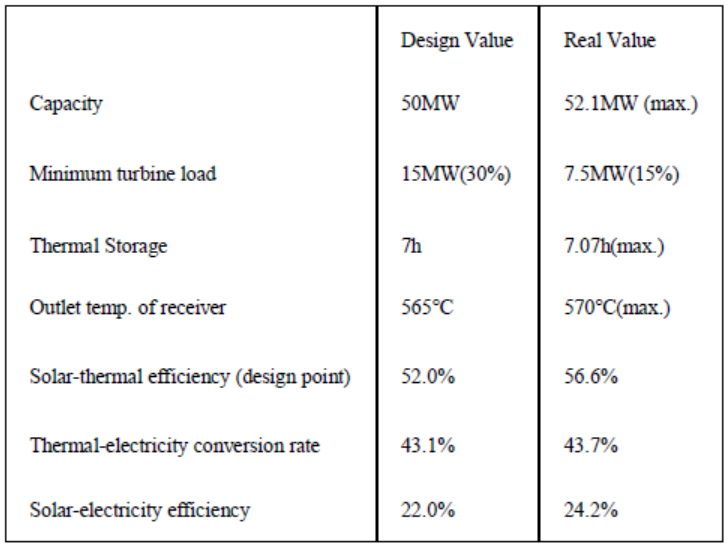 According to the previous news by China Solar Thermal Alliance, this plant was connected to the grid on December 30, 2018. After trial operation and problems elimination, it achieved full-load operation for the first time on April 17, 2019. At the same time, it passed the technical acceptance test organized by the China Renewable Energy Engineering Institute. Starting in late July 2019, the power station has entered the regular operation stage.

“The annual operating cost is about CNY 15.45 million yuan, about CNY 0.14 yuan per kilowatt-hour. Among them, personnel expenses account for approximately 64.7% of operating costs. If the scale of the power plant is expanded to more than 100MW, the personnel cost will increase very little, and the operating cost can be controlled within 0.08 yuan/kWh.” Jin Jianxiang added.

Supcon Solar’s 50 MW solar tower plant is one of the first batch of Concentrating Solar Power demonstration projects approved by China National Energy Administration. The remarkable performance has fully verified the advancement and maturity of the large-scale solar tower technology of Supson Solar as well as the Chinese company. 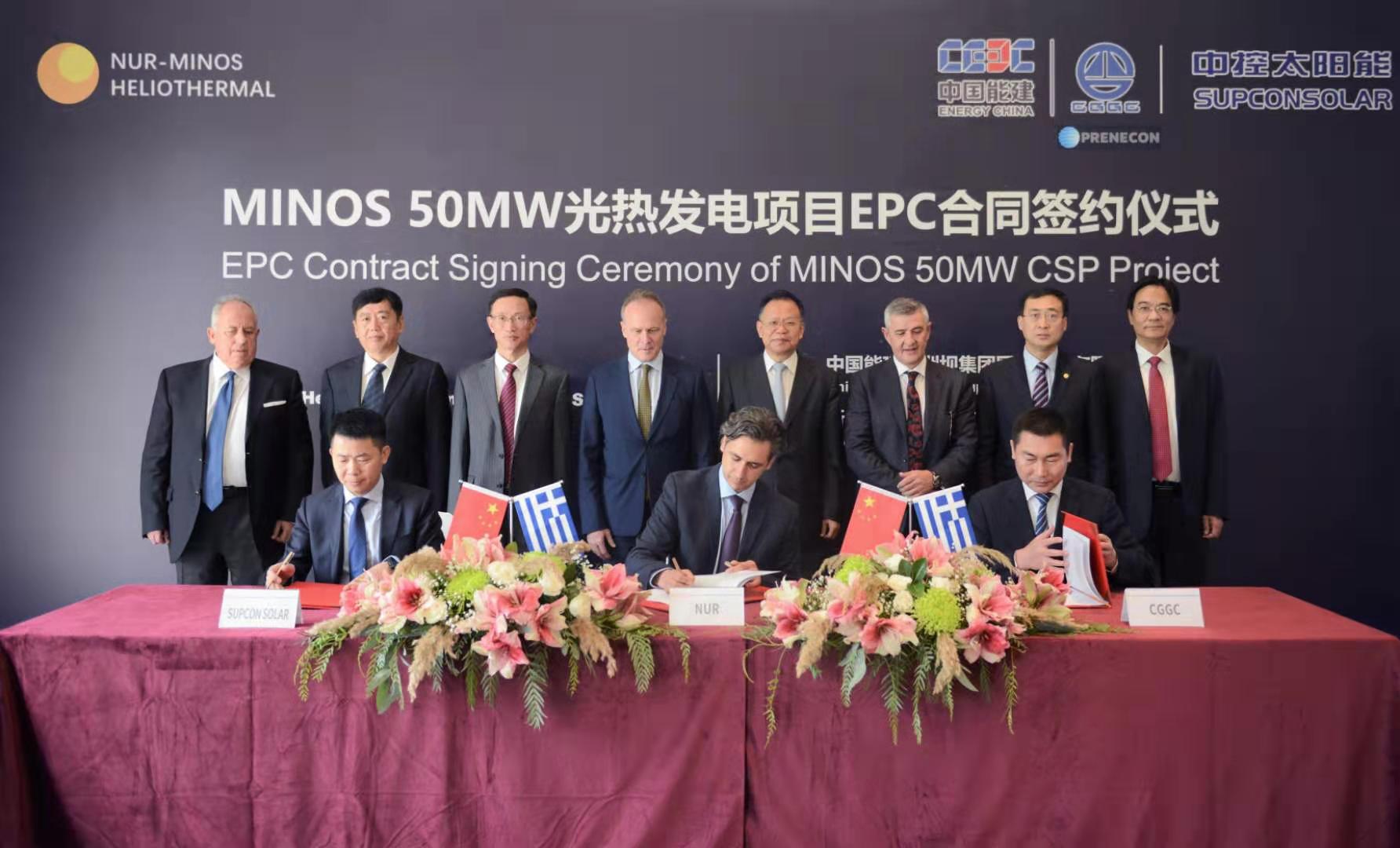 On Nov. 11, 2019, The consortium of Energy China CGGC International Ltd and Supcon Solar signed the EPC contract with NUR-MINOS Heliothermal of 50MW Minos solar tower project in Greek.It will be the first Concentrated Solar Power project  with «technology + equipment + engineering» model for Chinese company to enter the international market, which strongly proved that the core technology of solar thermal power generation independently developed by China is feasible, reliable.