The future of concentrated solar power (STE or CSP) in China

The future of concentrated solar power (STE or CSP) in China

The Chinese Government’s recent launching of an ambitious strategic program to develop solar thermal power in the country will elevate it to a leading position by the year 2030, as well as will be serving as a basis for boosting this sector of renewables on a global scale. 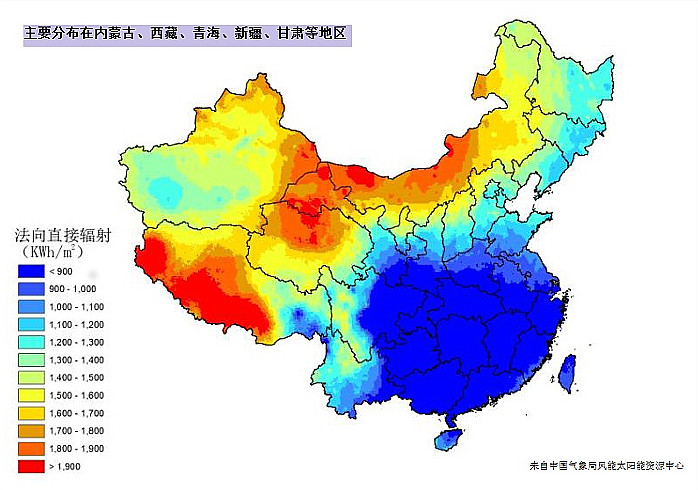 One of the challenges that China faces on its path to growth is generating electricity that meets the enormous demand that is associated with it. This challenge is influenced by two factors that narrow the strategy down in order for it to be addressed. Firstly, the lack of fossil fuels at a domestic level – with the exception of coal-  in which combustion increases the pollutant emissions, and secondly, the need to reduce the current dramatic level of emissions (China ranks highest in the world). This comes down to political reasons, in addition to those relating to public health, as China wishes to take the lead that USA renounced after they backed out of the Paris Agreement on climate change.

“ China’s aims to have a solar thermal installed base of at least 27.6 GW by 2030, thus becoming world leader.

Notably, in order to achieve the objective of having an solar thermal installed  base of at least 27.6 GW by the year 2030, the Chinese Government launched a strategic program at the end of 2016, under the name; “CSP Demonstration Program”. This program offered a 1.15 yuan/kW-h tariff for developers, and included some 20 projects to be put into operation by 2018. These projects amount to a total of 1.35 GW and cover both parabolic trough and tower technology, and, furthermore, all of them entail thermal energy storage, which enables power to be supplied to the grid 24 hours a day, consistently with the demand. The program aims to meet two objectives; introducing Chinese companies to these technologies and, the needed cost reduction per kW-h, which is expected to come from competition among Chinese components’ suppliers.

The CPC2017 international conference was organized by CSP Plaza and held in Hangzhou (China) from June 14 to 16. Here, the elements of the Chinese paradigm were presented: the vision for the future of solar thermal power in the country, current strategy in order for the “CSP Demonstration Program” to be implemented, and the status of the 20 projects that make up the first wave. Circa 15 state agencies, more than 300 Chinese companies, and some 35 foreign firms attended the event. On behalf of Abengoa, the undersigned made a presentation on their experience with South African plants and also took part in the panel discussion entitled; ”China’s role and influence on the Global CSP Market”. 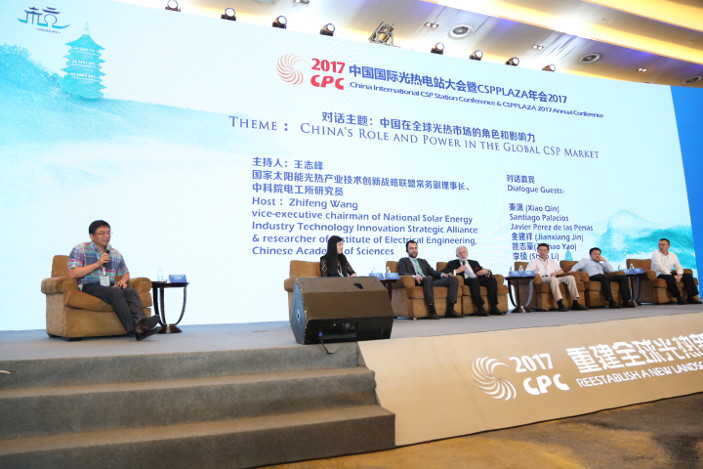 “ The success of China’s CSP initiative will form the basis for the relaunch of this technology worldwide, in conjunction with providing a boost to the necessary cost alignment.

In light of the debate that was held, China’s strategy will have a significant influence on the global solar thermal market by creating spaces for foreign technology companies, and allowing Chinese ones development in this sector. Some of the data presented at the conference, within the framework of this strategy (source: EPPEI, “Energy Development in China report, 2016″), were the following:

Conclusion: Given that solar thermal power with storage is one of the pillars on which the development of renewables must be based, the sector depends on the success of China’s CSP program. In this way, it will serve as leverage for relaunching this technology in the world, and will make it all more competitive by reducing costs.