On July 4, the Development and Reform Commission of Xinjiang Uygur Autonomous Region issued the list of the second batch of market-based grid-connected new energy projects 2022, including a total of 67 projects. According to the notice, the projects included in the list are regarded as filing of the projects. 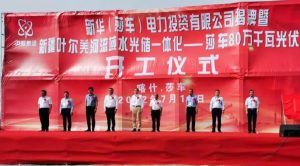