Several large, new concentrated solar power (CSP) plants are expected to begin commercial operation by the end of 2013, more than doubling the solar thermal generating capacity in the United States.

Several large, new concentrating solar thermal power (CSP) plants are expected to begin commercial operation by the end of 2013, more than doubling the solar thermal generating capacity in the United States. The projects use different solar thermal technologies and storage options. Abengoa’s Solana plant, which came on line in October 2013, is a 250-megawatt (MW) parabolic trough plant in Gila Bend, Arizona with integrated thermal storage. BrightSource’s Ivanpah, expected to enter service by the end of 2013, is a 391-MW power tower plant in California’s Mojave Desert and does not include storage.

Solana and Ivanpah are much larger than solar thermal plants that have previously entered service in the United States. Over the past decade, a few smaller-scale and demonstration solar thermal projects have entered service. The only other dedicated solar thermal plants larger than 10 MW in the United States are the series of Solar Energy Generating System (SEGS) plants built in California in the 1980s and early 1990s and the Nevada Solar One parabolic trough project completed in 2007.

The EIA projects that the solar thermal generating stations expected to come online this year, each funded by U.S. Department of Energy loans, will generate about 641 megawatts of electricity, which will add to the current 476 megawatts of solar-thermal capacity in the U.S. prior to the new plants starting operations. Later this year and in 2014, a total of six new solar thermal projects are expected to begin operating, generating a total of 1,257 megawatts of new power generating capacity. Those projects will represent 4 percent of all new additions to U.S. electric generating capacity for 2013 and 2014, according to EIA data.

“They’re a new breed,” said EIA solar power analyst Gwen Bredehoeft. “There’s going to be a lot of interest in watching how they perform.” 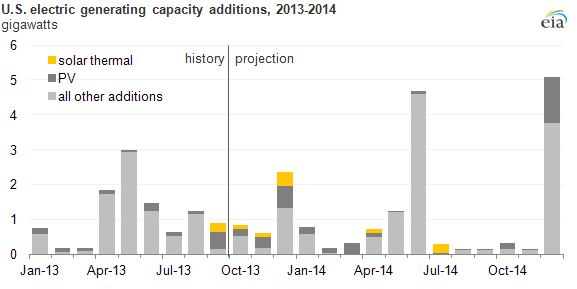 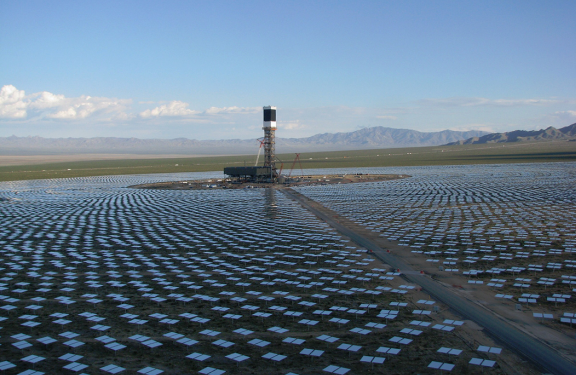 Ivanpah, which is expected to come on line by the end of 2013, uses a series of three power towers: a field of movable mirrors (heliostats) focusing light on a 459-foot central tower. The light heats water in a boiler at the top of the tower, creating steam, which is used to run a conventional steam turbine like those in a typical fossil-fired power plant. 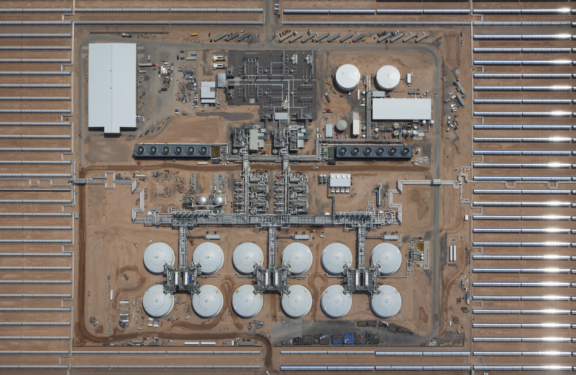 All five of the major solar thermal projects—including Solana and Ivanpah—that are scheduled to come on line in 2013 and 2014 were awarded loans through the U.S. Department of Energy’s Loan Guarantee Program. Solana received a federal loan guarantee for $1.45 billion of the approximately $2 billion cost of the project, according to the parent company, Abengoa. BrightSource Energy reports a $1.6 billion federal loan guarantee on the approximately $2.2 billion Ivanpah project.