It is rare for an innovation in Concentrated Solar Power (CSP) to go from the lab to commercial in just 5 years. The biggest obstacle to advancing potential cost-cutting improvements in novel CSP technologies is getting them deployed in commercial projects. Risks are high when every CSP plant must be built at utility-scale and must make money right away. 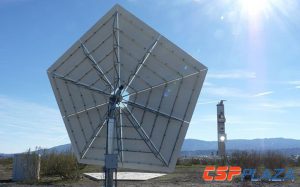 Researchers in labs around the world are innovating improved CSP technologies to supply dispatchable solar power day or night at lower costs, or to make solar fuels, or to supply industrial heat. But few innovations get deployed in a risk-averse environment. Yet, when efficiency improvements can be included in new plants, they can potentially increase efficiency and so cut costs for all that follow.

The SolarPACES award-winning Stellio heliostat design for the 50 MW Hami tower CSP project in China has achieved this feat. (In tower CSP, thousands of heliostats – or mirrors – focus and concentrate sunlight on a tower receiver to generate heat for energy use in making power or as direct heat for thermochemistry or industrial processes.)

China takes a different approach to new technologies that favors giving novel designs a try-out. Its first CSP projects are demonstration projects, yet they are being built at full size to allow real life engineering issues to show up so they can be resolved at commercial scale. So, in China, radical CSP innovations are getting a full try-out at commercial scale.

For example, a beam-down dish CSP is being tried out at China’s 50 MW Yumen project that promises to cut CSP power costs by 30 percent. And if beam down works, it could greatly simplify solar hydrogen thermochemistry, because a focal point on the ground is conducive to another innovation to cut renewable hydrogen costs by combining the solar receiver/reactor with thermal storage at ground level, where the thermochemistry for splitting water is best carried out. This is also being tried in China by Chinese and Finnish researchers.

Another being tried in China is a silicon-based heat transfer fluid (HTF) for trough CSP, deployed by another SolarPACES award winner Royal Tech at their 50 MW parabolic trough demonstration project in Yumen, part of their 150 MW total. Silicon can get much hotter than today’s 400 C standard heat transfer fluid for trough CSP, so this Si-HTF greatly improves the efficiency of parabolic trough CSP.

Now the latest innovation to get a try-out in China is Stellio’s novel pentagonal ten-point  48-square meter heliostat that can be easily mass-produced in manageable segments. The heliostats, which have a radial steel structure off a central hub and 10 cantilever arms, are being installed by state-owned China Power Engineering Consulting Group Corporation (CPECC) at their 50 MW Hami Tower CSP project in Xinjiang Province.

Five years from prototype to first commercial application in China

“Of course it is not easy to come into the market with new technology – like a newly developed heliostat design,” confirmed Thomas Keck, who as technology developer with one of the Stellio partners, schlaich bergermann partner (sbp) is overseeing the heliostat installation with periodic trips to the site in China.

“However, we have quite a powerful consortium able to implement new technology into commercial projects. The companies in our consortium are all very experienced in the field, not only sbp but also our Spanish partners, Masermic Mechatronics who is developing the electronics, controls and software, and Ingemetal who developed, and take care of, the semi-automatic assembly line at the Hami site.”

The investor willing to risk a novel heliostat in the 50MW Hami Tower CSP project is China’s state-owned company CPECC. Its subsidiary Northwest Electric Power Design Institute (NWEPDI) is handling the engineering, procuring and construction (EPC) for the 50 MW Hami project, that will include 13 hours of thermal energy storage.

NWEPDI has very ambitious CSP plans to develop a 7 GW CSP park in Northwest China. The developer has earmarked a 40-square mile site where it plans to develop 2.1 GW of CSP capacity by 2025, and a further 5.3 GW after that.

“NWEDPI are going to play a very big role in CSP in China,” Keck confirmed. “And then Dongfang Boiler is our direct client, commissioned by NWEDPI who is the EPC.” 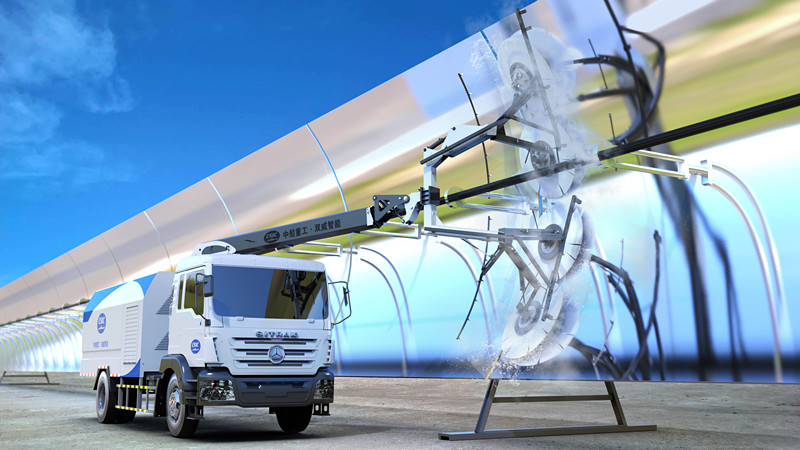 The Chinese state-owned CPECC made their decision to invest right away on seeing the prototype tests at CIEMAT’s outdoor testing lab in Spain, the Plataforma Solar de Almería (PSA) where the researchers tested and made improvements in the design.

Subsequently, their improved design got a full going-over at DLR’s Institute for Solar Research Julich location. DLR researchers Tim Schlichting and Marc Röger tested it to characterize the reflected focal spot, determine structural properties and tracking accuracy and reflectivity, and measure and evaluate the influence of external loads from wind, temperature and gravity. One advantage that they uncovered is that the pentagonal design greatly reduces the subtle but ongoing oscillation from wind load. In a square heliostat this size – 48 square meters – this can continuously cause small aiming errors.

“Yes, another reason to go for the pentagonal shape is when you look at the deformations from the wind of a classic rectangular heliostat: you can see that the corners are weaker and you have a strong deformation there, which is not optimum,” Keck commented.

“The ideal would be a circular one and for us this was something in between. And using a central hub where the cantilevers are connected allows us to achieve pretty homogenous distribution of deformation. And that is favorable in terms of optical efficiency.”

Keck is frequently in China to visit the Hami site, which as the first CSP project to be built in the huge Xinjiang province in the northwest, has seen some delays – like many of the first projects.

“Companies in China are missing in specific experience in CSP and also they have quite a long learning curve to improve quality,” Keck noted. But he is not concerned that the Chinese government will cancel the Hami project for delays. 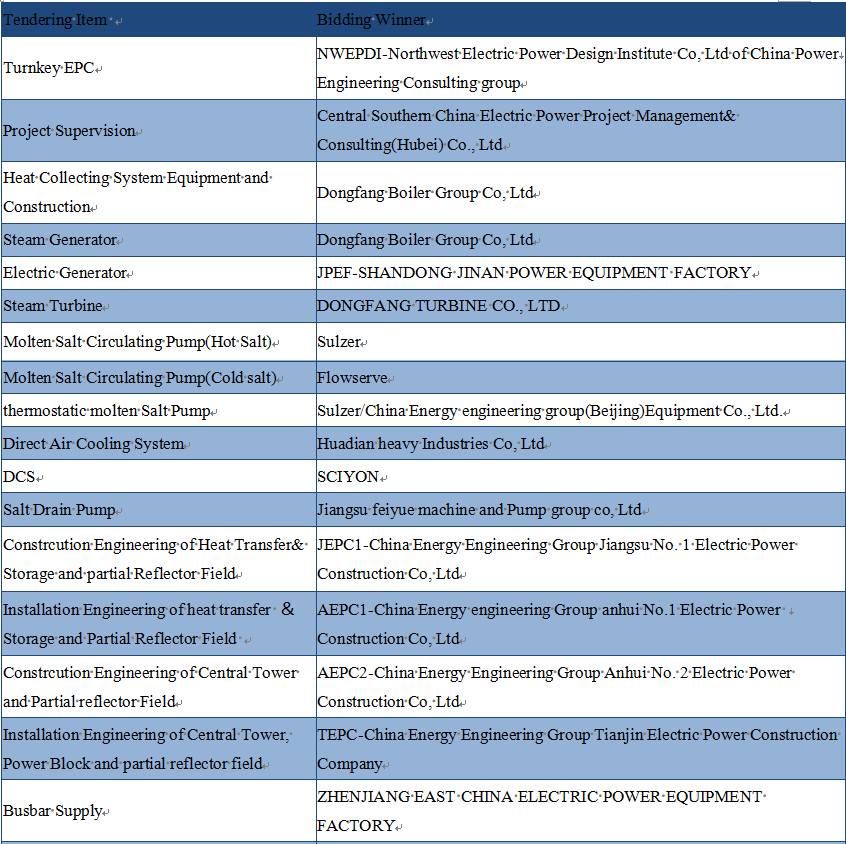 However, despite the many learning curve-induced delays in these first demonstration plants, the self-described finicky German scientist was impressed with the Chinese heliostat quality in production.

“Despite of all these difficulties, the optical accuracy of these first heliostats is considerably better than the minimum requirement. From the numbers that we saw from DLR, we expected Stellio to have better optical efficiency,” he said.

“But in production, these are even beyond our targets in the optical quality.”