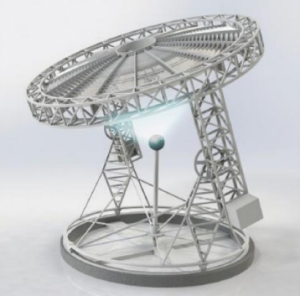 The solar concentrator consists of a 10-meter diameter high-flux solar furnace which can focus solar energy at very high temperature to a lower point fixed to the ground. The solar disk turns around the focal point, which is easily accessible therefore improving the potential for energy storage and other applications, the project partners said in a statement

Over the next 12 months, the researchers will test the performance of the concentrator and demonstrate certain applications.