The aim of the project, which has a budget of more than €3.2 million, is to develop an innovative parabolic trough collector for high-temperature applications (>400°C. 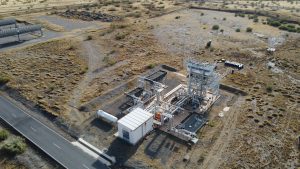 The aim of the project, which will last for 30 months, is to design an innovative parabolic trough collector using a silicon-based heat transfer fluid operating at 430ºC, to increase performance and reduce costs. It will also demonstrate and evaluate the exchange of the silicon-based fluid in existing solar-thermal power plants, delivering clear environmental, operational and maintenance benefits.

At Spanish level, the industrial partners of the Si-CO project are supported by Centro para el Desarrollo Tecnológico Industrial (CDTI), while  CIEMAT-PSA is supported by the Agencia Estatal de Investigación (AEI, C.N.: PCI2020-120704-2) under the auspices of the first European CSP ERANET joint call, financed through the EU’s Horizon 2020 research and innovation programme under Grant Agreement Nº 838311. This program has a total budget of €13 million, with the Si-CO project being one of the six awarded projects.

The Si-CO project is aligned with the targets of the European Union’s SET plan and the european commitments to climate change and energy transition as part of the carbon neutrality plans established for the 2030-2050 period.