Researchers at the U.S. Department of Energy’s (DOE’s) Argonne National Laboratory have designed an inexpensive thermal energy storage system that will be significantly smaller and perform more than 20 times better than current thermal systems.

Argonne’s thermal energy storage system relies on a “phase-change” material that melts as it stores thermal energy and releases energy as it re-freezes — similar to the charge-discharge cycle in a battery.

Inexpensive salts like rock salt (sodium chloride) can be used as phase-change materials, but their use in existing thermal storage systems is limited because of the poor thermal conductivity of the salts.

However, the Argonne LHTES system drastically improves the conductivity of these salts by integrating them with a high-conductivity graphite foam. This combination reduces the overall amount of material needed to build the system and its cost, while making the thermal energy transfer significantly more efficient and still providing up to 8 to 12 hours of energy storage — a typical night of storage for a concentrating solar power plant. 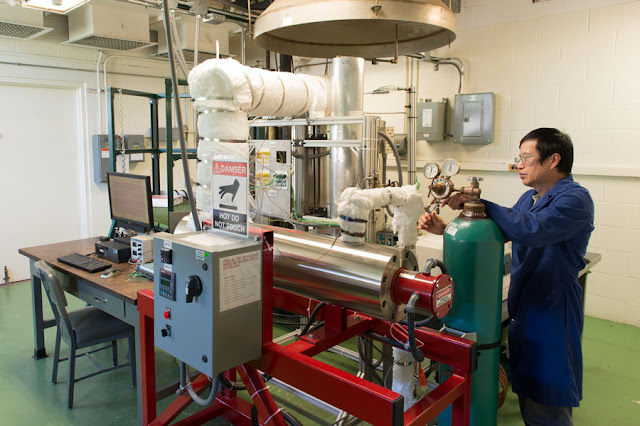 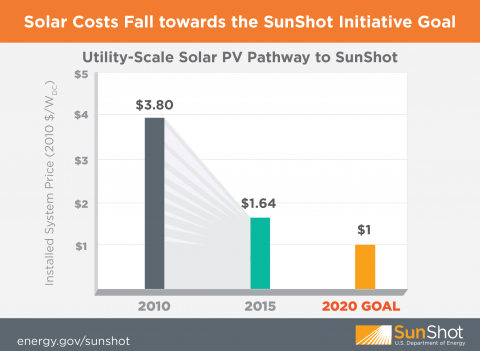 The SunShot Initiative supports research and development of concentrating solar power (CSP) technologies that reduce the cost of solar energy. CSP helps to achieve the SunShot Initiative cost targets with systems that can supply solar power on demand, even when there is no sunlight, through the use of thermal storage. Since SunShot’s inception, the levelized cost of electricity for CSP has decreased about 36 percent, from $0.21 cents per kilowatt hour to $0.13 cents per kilowatt hour, already over half of the way toward achieving the SunShot goal of $0.06 per kilowatt hour. 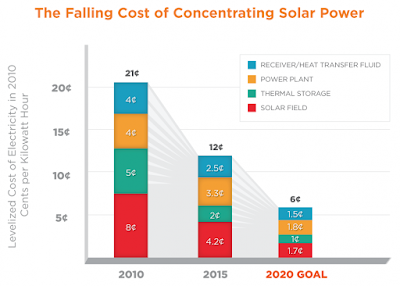 The porous graphite foam traps the salts in pores, facilitating rapid melting and freezing. The team demonstrated that this rapid phase change holds up over time. After building and testing an initial prototype about the size of a blender, the team is now scaling up the prototype size by 50 times.

Although still smaller than a full-scale power plant system, the pilot-scale modular system will be tested this fall and could expand on applications, such as providing back-up power on a microgrid or storing waste heat from another energy source. The pilot system will also further improve 3-D thermal modeling used for estimating performance and planning the design of a full-scale system.

“We are looking at developing the full-scale power plant system as a modular system, and the pilot-scale system we are building this year can actually be used as one module within a full-scale system that is made of many modules stacked or organized together,” said Argonne mechanical engineer Wenhua Yu. “Therefore, the performance characteristics we will measure from testing the pilot can directly reflect those of a power plant system.”