In July, Vast Solar announced it was developing a 50 MW hybrid CSP-PV-gas plant in the mining town of Mount Isa in Queensland. The town hosts Glencore’s giant Mount Isa Mines facility where it operates four copper and zinc mines.

Mount Isa is not connected to the National Electricity Market (NEM) and is currently served by the 218 MW Mica Creek and 242 MW Diamantina gas-fired plants.

Mount Isa customers reportedly pay around $150/MWh for electricity and Mica Creek will be mothballed at the end of the year when two offtake contracts with industrial customers expire.

The price of power from NWQHPP would be lower and the plant would improve supply reliability while shrinking the carbon footprint of the region. NWQHPP would integrate Vast Solar’s modular sodium loop CSP technology with thermal energy storage, PV, battery and gas-fired generation, to provide dispatchable power day and night. “With the upcoming closure of Mica Creek, Mount Isa is perfectly positioned to be the site for Vast Solar’s proposed solar power plant,” Slade said. “The mining sector and other industries in our area would greatly benefit from the secure, affordable electricity the plant would offer – it would safeguard their futures and ensure they remain competitive and viable for many more decades to come.»

Glencore could not be reached for this article but offtaker discussions are «positive» and there is «increasing interest» from investors, Wood said.

The NWQHPP plant has been designed to achieve a high level of supply reliability, Wood said.

PV capacity will be used to provide daytime generation and the CSP plant will provide 14.5 hours of thermal storage that can be dispatched overnight. A large-scale battery will provide 17 minutes of full load capacity and gas-fired power will supply longer duration firming capacity. Vast Solar predicts CSP will generate 47% of total delivered volume, PV will deliver 36% and gas-fired generation 17%.

The plant would link specific generators to specific load shedding assets, so that in the event of a power plant trip, the system would be kept in balance and disruption would be minimised.

Since 2019, Vast Solar has been assessing different potential mining sites in areas with high direct normal irradiance (DNI) in northern and western Australia. The cost efficient energy storage attributes of CSP plants can make them a good fit for mining customers seeking to reduce power bills and carbon emissions. 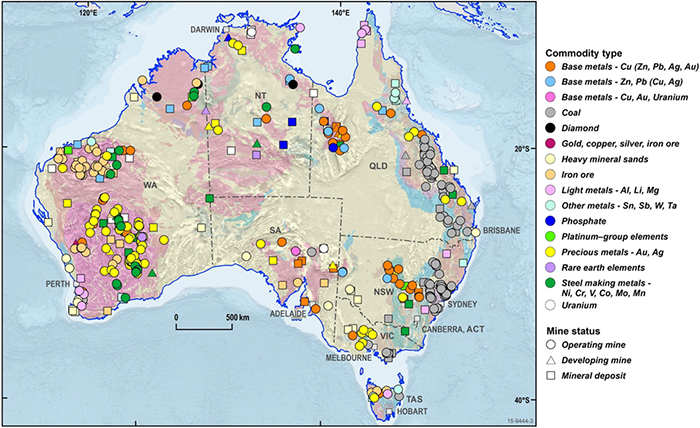 Around a third of Australia’s mining sites do not have access to competitive wholesale power markets and electricity costs can represent up to 40% of mining companies’ operational expenditure (opex), according to the Australian Renewable Energy Agency (ARENA). In June, the Minerals Council of Australia industry group published a new climate action plan which prioritises the development of technology pathways to reduce carbon emissions and greater transparency on climate change reporting.

The NWQHPP would allow Vast Solar to demonstrate the scalability of its innovative CSP design and help reduce the cost of future plants.

For larger plants, Vast Solar predicts modular build savings could reduce the levelized cost of electricity (LCOE) to below $50/MWh in locations with high DNI levels. In lower DNI locations, larger plants could achieve an LCOE of $60-$65/MWh.

These cost levels would massively increase the market potential for the technology. As solar and wind penetration grows across global power markets, low carbon energy storage will be required to minimise emissions.

Vast Solar aims to complete the feasibility study for NWQHPP within nine to 12 months and reach financial closure in Q3 2021.