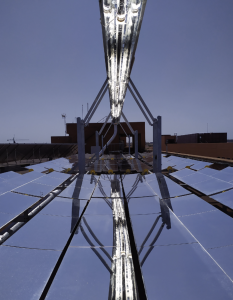 “Thanks to the use of the turbocharger; which is a component manufactured for boosting thermal engines as in cars and trucks, this is the first solar heat for industrial process to be capable of directly solar-heating air up to 300ºC to 400ºC without any need for heat-carrying fluids,” explained mechanical engineer Antonio Famiglietti, a member of the Thermal Engineering, Energy and Atmosphere Research Group (ITEA) at Carlos III University of Madrid.

The engineering group at the university has a close collaboration with a local engineering firm; DEMEDE Engineering and Research focused on solar heat for industrial processes.

Famiglietti is now an R&D Engineer at Demede, where he is working on developing the innovative solar heat technology towards commercial application, as a Turbocharged Solar Air Heater (T-SAH).

“The T-SAH heats ambient air directly inside the linear concentrating solar collector,” he said. “Thus reducing the complexity, costs, and maintenance, as well as their environmental impact. Coupling the solar modules with a turbocharger, enables direct air heating by mitigating the drawback of high pumping power consumption, which typically arises when using a linear concentrating collector with air as heat transfer fluid.”

“Initially we worked on the concept from a theoretical point of view, obtaining a general screening of the technology based on numerical simulations of the possibility of direct air heating inside the solar concentrating collectors,” he said.

“Direct air heating with parabolic trough or linear Fresnel is not a current practice in solar thermal engineering, mainly due to the high pumping power required by the air to flow inside the evacuated tubes of solar collectors. But the technology we propose allows us to overcome this main drawback thanks to a special Brayton cycle configuration, and the use of a turbocharger to avoid auxiliary power consumption for pumping. This would allow us to avoid the heat transfer fluid and the heat exchanger and lower costs and complexity.” 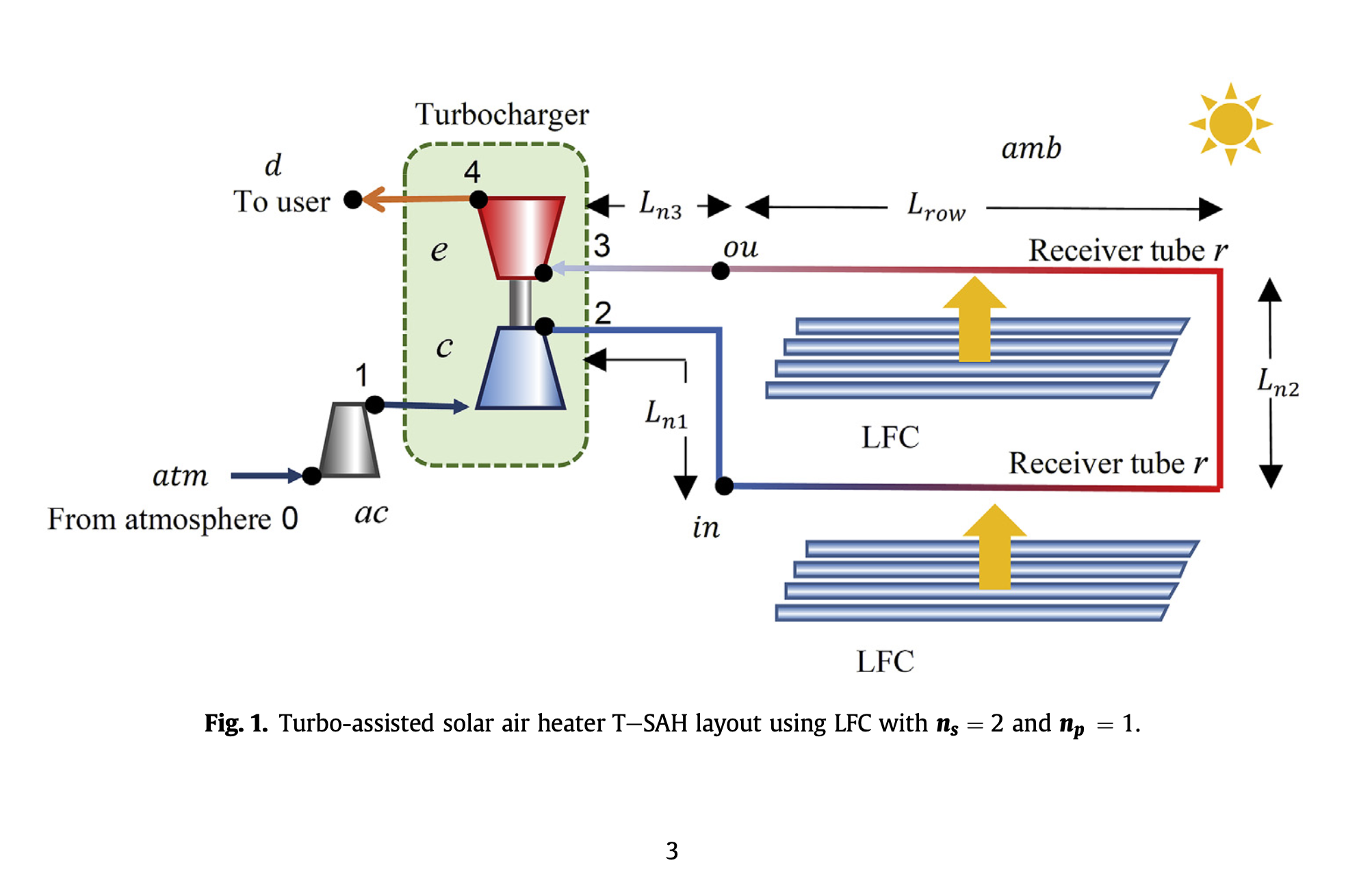 In 2021, the team published the results of the physical testing of the first T-SAH prototype installed at Carlos III University of Madrid, with a solar field comprising 72 square meters of Fresnel mirror: Direct solar air heating inside small scale linear fresnel collector assisted by a turbocharger: experimental characterization

This paper was followed up by a numerical assessment of potential output of an industrial-scale plant with a 633 square meter solar field supplying 330 MWh of thermal power (about 2060 hours annually) supplying hot air in the range of 300-400ºC during the day without any external energy consumption for air pumping, based on a typical meteorological year in Madrid.

The next step will be to test the novel technology at industrial scale.

“The know-how we obtained during these years of combined theoretical and experimental investigation allow us to effectively design and implement a larger scale demonstration, to test the technology in the real environment and integrate it into the industrial user’s facility,” said Famiglietti.

Basically the linear Fresnel solar field is coupled to a turbocharger that blows hot air directly into the solar receiver tubes for heating before being delivered to the industrial thermal process. There is no heat transfer liquid needed and no storage. The idea is to keep the technology as simple as possible to keep costs down.

“The turbine, installed at the solar field outlet, can provide the compressing power and the pumping power when enough temperature (450-550°C) is reached at its inlet, allowing the system to operate without consuming external energy for pumping. An auxiliary compressor is needed only for starting transient and control purposes. The turbine outlet air is 300-400°C and it is available for downstream usage in air-driven thermal industrial processes.”

Initially the team assumed that they would use parabolic trough collectors, which are widely commercialized for electricity generation in CSP plants, but these were hard to find at the scale needed, and would add complexity. The advantages of the linear Fresnel collector included that due to a segmented primary reflector with simplified tracking and individual mirrors rotating close to the ground, wind load issues are negligible. So the flat, low-slung Fresnel solar mirrors enable solar field installations on industrial rooftops.

All of the components are off-the-shelf. Turbochargers are already mass produced for the auto industry. For the Fresnel modules they turned to another new Spanish firm now delivering prefab Fresnel solar thermal modules ready to connect, in truck-sized containers; Solatom.

The industrial potential that the team has researched includes businesses with high energy demand processes that need air as heat carrier. One of the most common processes is drying – for a range of materials at various temperatures. Biomass, food, sewage sludge, residues, wood and minerals all need drying, and some finished products need treatment with hot air during processing, such as paint curing.

The team is optimistic about the commercial viability of their turbocharged solar air heater for these industrial applications.

“Heat consumption in industry is huge so that replacing the fossil fuel that up to now is used for its production by sustainable energy source is a challenge of paramount importance for the energy transition,” said Famiglietti, speaking for the team. 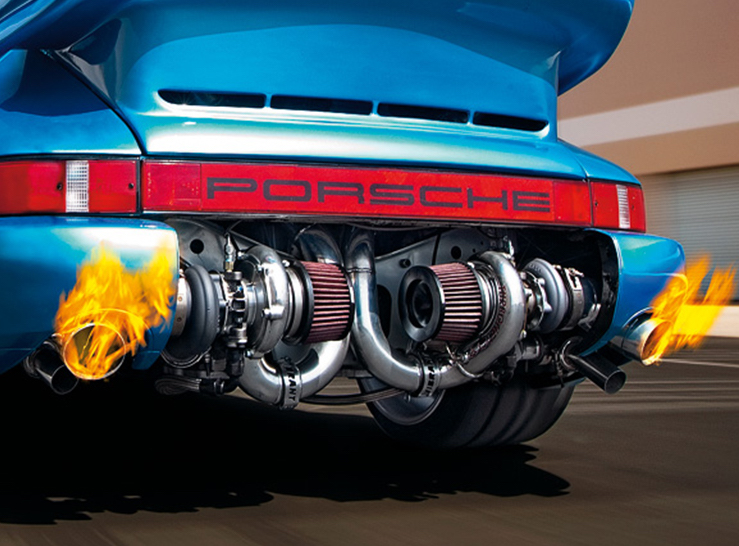 Turbochargers are already mass-produced for the auto industry