Azelio AB (publ) (”Azelio” or the ”Company”), a technology company that offers a system of Stirling engine-based concentrated solar power with thermal energy storage that enables electricity production around the clock, announces today its intention to list the Company’s shares on Nasdaq First North and to raise capital through an issue of new shares, in order to finance continued growth of the Company (the “Offering”). The Offering is directed to existing shareholders, the general public in Sweden and institutional investors in Sweden and internationally.

The Offering in brief:

–       Persons, including persons of the Company’s board of directors, management as well as existing shareholders: SEK 21 million. 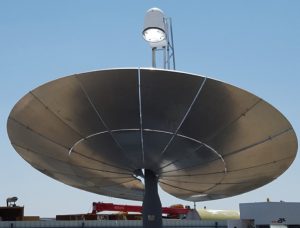 “Azelio has made great progress during the last year and we are now close to offer our customers a highly competitive product. It will be the first solution for modular and distributed electricity production based on thermal solar power combined with thermal energy storage, which enables electricity generation based on solar power around the clock, at a very attractive price. In June of this year we demonstrated our thermal energy storage, which was the last unproven subsystem of our solution, together with our Stirling engine, and showed that we can produce electricity from stored heat. Since then, customer interest has increased considerably, and we are now increasing the pace to industrialise the system and launch the product on the market. In the light of that, we are now carrying out a new share issue and a listing of the company’s share, which is welcomed by both me and the board of directors.”

Bo Dankis, Chairman of the Board of directors, comments:

“Azelio has a solid industrial history with over ten years of development. I am pleased to say that we are very close to a market launch of a product that solves one of the major challenges in the energy market – long-term storage of renewable energy at a competitive price. We will be able to offer electricity from solar power around the clock at a price competing with fossil fuels. On the behalf of the board of directors, I welcome the new share issue and the listing of the company’s share, and I am pleased to see a strong support from institutional investors as well as members of our management and board of directors, who together have committed to subscribe for shares corresponding to a total of SEK 138 million prior to the new share issue.”

Background to the Offering

The purpose of the Offering is primarily to finance the Company’s continued industrialisation of the system’s design, construction and production, with the aim to achieve industrialised volume production. The Company also intends to establish a sales and marketing organisation that will work in a structured way to increase awareness of the Company and to establish, maintain and develop relationships with potential customers in the markets that the Company regards as being of interest. Azelio expects the first commercial order of the Company’s system to be received during the first half of 2020, and by that time, the Company intends to make further investments in production, such as in tools and production equipment and in recruiting and training production personnel, and in computer and production systems.

Azelio is a technology company that offers a system of Stirling engine-based concentrated solar power with thermal energy storage that enables electricity production around the clock. The Company has its head office in Gothenburg, Sweden, with production in Uddevalla and a development center in Gothenburg and Åmål, as well as a sales office in Beijing, China and a representative office in Madrid, Spain. As of September 30, 2018, the Company had 75 employees.

The Company’s Stirling engine is commercially applied, having accumulated over two million operating hours and 172 installations globally, while the subsystem for thermal energy storage has been validated in demonstration plant in June 2018, but has not yet been commercially applied. Over the period 2018–2020 the Company will focus on the industrialisation of the system’s design, construction and production. In the fourth quarter 2019 three systems in a verification project will be installed in Morocco jointly with the state-controlled Masen. From 2020 onwards, another 8-16 system is expected to be installed in commercial projects, with volume production expected from 2021.

The technology is well suited for areas that today lack access to a power grid or have no reliable power grids. The Company assesses that Azelio’s solution can be used to accelerate the rollout of electricity to the approximately one billion people around the sun belt who currently have no access to reliable electricity. The Company intends to sell its system to EPC-contractors which then install the system for the end customer. Future end customers may for instance be energy-intensive customers such as mining industry, cement industry and process industry.

A prospectus, containing complete terms and conditions of the Offering is expected to be made public on or around November 19, 2018 on Azelio’s website (www.azelio.com) and Pareto Securities’ website (www.paretosec.com). Application forms are available on Azelio’s and Pareto Securities’ websites. Applications can also be made through the services of Avanza, Nordnet and Aktieinvest.

Preliminary timetable for the Offering