This is best reflected in a recent vote which saw thousands of people indicate they want concentrated solar thermal to be built in their town.

BHP’S pulling out of plans to extend its Olympic Dam operations ought to teach South Australia and the rest of the country a lesson. We cannot afford to put all our eggs in the mining basket.

This expansion was given every free kick asked for by the state and federal governments but it remains economically unviable.

BHP has made a choice and now South Australians must make one as well.

As long as our economy remains over-reliant on large mining companies we risk being subject to their bottom line and the flick of a pen.

We need to start looking at other options that benefit local communities and provide long-term stability.

This decision offers us the opportunity to diversify our economy – and provide a different future for rural communities such as Port Augusta that have been waiting for the "benefits of the boom" for too long.

The uncertain future facing the Upper Spencer Gulf goes beyond the future of Roxby Downs. The old industries that once powered it continue to close down, and the political leadership that is needed to ensure innovation and a new start for local economies is in short supply.

The endless waiting for the boom is having a major effect on local business in Port Augusta. Just in the past three months shops have been going up for sale and closing down on the main street. This is a sign that Port Augusta cannot keep waiting. The local economy needs a spark under it – and fast.

With a manufacturing industry in decline, and new jobs at Roxby Downs all but dried up, decisive action needs to be taken to create new industries and provide opportunities for the local residents of the Spencer Gulf.

Building a solar thermal power plant in Port Augusta is the clearest example of how we can do this. The Port Augusta community, council and local business want it to happen, and now our politicians need to make it a reality.

As our leaders ponder the future of energy and employment let’s hope they realise a new vision for South Australia. A vision that goes beyond mining and offers rural communities the  option for jobs in clean industries that will  outlive the boom. A vision that keeps the air of the Upper Spencer Gulf clean and the water drinkable.

The Port Augusta community plans on making this vision reality. Over the past months an upsurge of activity and support for solar thermal has come out of Port Augusta.

This is best reflected in a recent vote which saw thousands of people indicate they want solar thermal to be built in their town.

The Port Augusta Council and Business Port Augusta also support the project. The decision at Roxby gives even greater urgency that our leaders take heed of the voice of Port Augusta.

This opportunity for SA to lead the country in investment in renewable energy cannot be missed. The hopes of the people of Port Augusta and the Spencer Gulf depend on it.

Dan Spencer is a community campaigner with Repower Port Augusta, a broad alliance of environment, business groups, doctors and unions who want to see a solar thermal power plant built in Port Augusta. 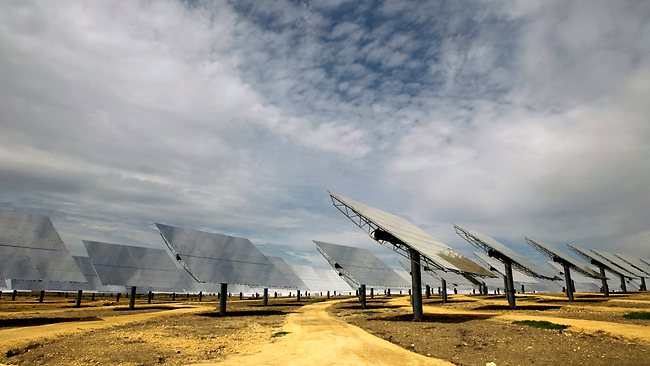