Concentrated solar power is facing its biggest opportunity in years with an important new tool at its disposal. As Spain considers procuring 5 gigawatts of CSP, the largest amount ever tendered, the sector is looking to avoid mistakes with a highly detailed best-practices guide.

The Concentrating Solar Power Best Practices Study, published in June by the U.S. Department of Energy’s National Renewable Energy Laboratory (NREL), was in part prompted by performance problems at plants such as Crescent Dunes in Nevada. Such challenges have seriously dented confidence in CSP, at least in the U.S., causing developers such as SolarReserve to go out of business. 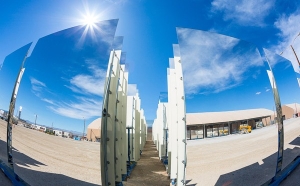 The 392 MW Ivanpah facility is among the world’s largest operating CSP plants.

It turns out there’s plenty that can go wrong in a large CSP project: The NREL study lists more than a thousand possible failures gleaned from the operating experience of around 80 percent of the 100 or so CSP plants in the world.

However, it’s important to note that “not all plants had issues,” said report co-author Hank Price, managing director of Colorado-based consultancy Solar Dynamics, in an interview. “The idea was if you highlight the problems people have run into, future projects will be able to address them.”

The good news is that many of the engineering challenges revealed by the study are solvable. One problem area, for example, is that the daily ramping up and down of the plants, which rely on very high temperatures to produce electricity, results in a strain on components.

To deal with this, “you just have to design systems to handle startups and the temperature transients that are going to occur,” Price said. “That’s not always the case: People design the plants to operate, not to start.”

Experienced CSP plant designers and operators have learned to pay special attention to things like valves, he said. But knowledge acquisition in the sector has been hampered by the uneven development of key markets and technologies.

The first utility-scale CSP plants were built in the U.S. in the 1980s. That was followed by a gap of almost two decades before further development took place, this time with a focus on Spain.

Spanish developers carried the technology forward until the government halted further renewables support in the country. That forced Spanish companies such as Sener and Acciona to look to other promising markets, such as South Africa, which in turn fizzled out quickly.

All the while, CSP technology has been evolving. While the parabolic trough concept pioneered in the U.S. remains the most widely used, another design — the power tower — is favored for new plants.

Another technology shift has been the addition of storage into the mix. Early plants had no storage capacity and were only able to generate energy when the sun was shining. Today, in contrast, the industry accepts that PV is a far cheaper option for daytime electricity generation, and thermal storage is seen as essential in providing a business case for CSP. Spain, for instance, is planning to use all of its upcoming CSP capacity to deliver energy after sundown.

The changing nature of CSP’s markets and technologies, along with the fierce competition involved in vying for a very limited number of projects a year, has made it harder for the sector to pool knowledge than, say, developers have been able to do in offshore wind. Instead, as teams in new markets have tried to master new technologies, details may have been lost in translation.

“We heard a lot about cultural [and] communication issues,” said study lead author Mark Mehos, program manager for CSP at NREL, in an interview. “There are cultural issues, there are competitive issues and there’s a restart issue: Every time you go into a new market, you have new competitors, some of which may not have experience.”

The hope now is that NREL’s study will give all CSP players access to a detailed knowledge base, so future projects work reliably, efficiently and cost-effectively.

The future of the sector could be at stake: As PV and battery storage race down the cost curve, CSP is increasingly being ignored by policymakers.

Even in Spain, where the 5-gigawatt allocation in the country’s proposed 2021-2030 National Energy and Climate Plan was seen as a nod toward leading CSP players such as Sener and Abengoa, there is now concern that the framework for auctions may work against the technology.

Against this backdrop, CSP developers can’t afford to make mistakes. “You want a developer that has experience,” said Mehos.