The Cerro Dominador company announced on Monday it had been awarded a contract in a tender process by the municipality of Lo Barnechea to supply power to the offices of the Civic Center and the Community Development Directorate (DIDECO). 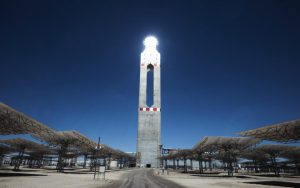 The DIDECO building houses various municipal services across 15,931 square metres (171,480 sq ft) of space, spread between eight floors and three underground car parks. DIDECO is also a large power consumer with a connected capacity greater than 500 kW and as such, it has the option to become a so-called “free customer” and choose its energy supplier.

Cerro Dominador did not give details on the terms of its contract, other than that the agreement will help save the municipality close to CLP 90 million (USD 124,500/EUR 101,800) annually, which can be spent on other projects of local interest.

The power supply started in May.

The municipality of Lo Barnechea may request to sign up for a clean energy supply to be delivered to its other buildings as long as they meet the legal requirement to become free customers, Cerro Dominador added.