The contract with Saesa will have a duration of eight years, began to operate on August 1, 2020 and will run until December 31, 2028. This is for up to 600 GWh/year, equivalent to 60% of the capacity of one of the concentrated solar power towers.

One of the most iconic projects in the region, Cerro Dominador solar thermal plant, already has important contracts signed. The first, signed last year, was with Copec and which began in July. Now it was the turn of the Saesa group, an agreement that aims to supply electricity to free customers in the south of the country. This will be carried out through Cerro Dominador’s subsidiary Likana Solar, and is for up to 600 GWh/year, equivalent to more than half of one of the project’s towers. 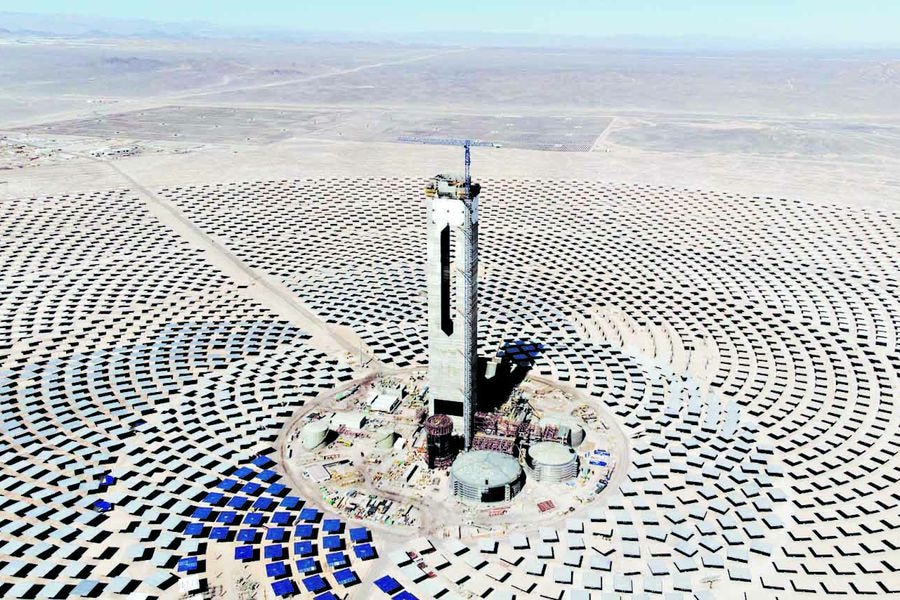 The agreement, which will last for eight years, began operating on August 1, 2020 and will run until December 31, 2028. Thanks to this, the Saesa group will facilitate the reduction of annual CO2 emissions from its customers, since the electrical energy will have a 100% solar origin when the Cerro Dominador concentrated solar power (CSP) plant comes into operation this year.

From the distributor Saesa, its general manager, Francisco Alliende, said that as a company they have the vision of improving the quality of life of their customers, delivering reliable energy.

«In this sense, this alliance will allow us to offer clean and sustainable energy to our clients in the south of the country, at very convenient prices, making this market even more attractive for those who want to join the path of sustainability in their processes.»

For his part, Fernando González, CEO of Cerro Dominador concentrating solar power, commented that “Chile has begun the path towards cleaner forms of electricity generation and reduction of CO2 emissions, and as Cerro Dominador we aspire to play a leading role in this challenge. From our origins we are committed to contribute to the transformation of the matrix of our country through the development of projects that allow a sustainable future. Our concentrated solar power technology guarantees an energy supply for 24 hours in a 100% renewable way, and precisely alliances such as the one we signed today with Saesa allow this solution, so necessary for the transition, to be available to everyone ”.

The emblematic solar thermal project is already in its final steps to begin delivering energy to the National Electric System. According to Cerro Dominador’s CEO, it should start operating by the end of this year.

The project, located in the middle of the Atacama Desert, is a cutting-edge solar energy complex, consisting of a 100 MW photovoltaic plant and the first concentrated solar power plant in Latin America, with a 110 MW capacity and 17.5 hours of storage. This is in the middle of an expansion phase through the construction of new projects with the same technology in northern Chile.