China National Energy Administration issued a notice on construction of concentrating solar power (CSP) demonstration plants. First, the notice stated that the first group of CSP demo projects was determined by the expert panel, including 20 projects in total, with a total installation capacity is 1.349GW, which is distributed among Qinghai Province, Gansu Province, Hebei Province, Inner Mongolia Autonomous, Region, Xinjiang Autonomous Region. According to the list, 9 solar tower plants, 7 parabolic trough plants and 4 Linear Fresnel plants will enjoy the feed-in tariff of RMB 1.15/kWh (about 172 USD/MWh) released earlier by the National Development and Reform Commission, provided that they will be completed before December 31,2018.

Secondly, the notice pointed out that the development and reform commission (energy bureau) of each province (autonomous region) is responsible for the instruction and supervision of constructing each CSP demo project. Each demonstration project construction should strictly abide by its commitment to the expert panel during the evaluation and meet the technical requirements (see attached table). The China Renewable Energy Engineering Institute will organize the experts to conduct monitoring and evaluation of the implementation of the project and the technical route and index.

Thirdly, all the demonstration projects should be filed before Sep. 30, 2016, and start the construction as soon as possible. The development and reform commission (energy bureau) of each province (autonomous region) shall track the progress of the project in a timely manner, and submit the relevant information to the National Energy Administration. The responsible official departments shall report those projects that cannot be filed on time and/or do not start the project after the record for a long time to the National Energy Administration and put forward the suggestions at the same time. 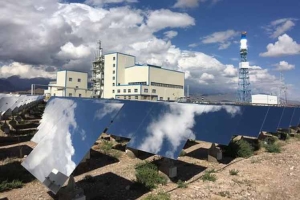 Fourth, in principle of the demonstration projects should be put into operation before the end of 2018. After the completion of the project, the project owner should submit the completion acceptance report timely to the development and reform commission (energy bureau) of each provinces (autonomous regions), then these governmental offices will work in conjunction with the relevant agencies of the National Energy Administration to guide the project approval.

Fifth, in the construction process of the demonstration projects, the project owners, EPCs, and equipment manufacturing enterprises and other relevant parties should strengthen cooperation and do the joint research so as to grasp the integration technology and ensure the demo projects put into operation on time, and realize the industrialization demonstration effect as soon as possible.