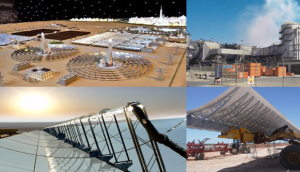 ACWA Power is a leading solar and wind developer in the Middle East and North Africa (MENA) and the dominant developer of CSP plants in the region.

ACWA Power signed a record-low power purchase price of $73/MWh for the project with the Dubai electricity and water authority (DEWA), which will own half of the project equity. ACWA Power has also been a key player in Morocco, where it has developed three CSP projects for a total capacity of 510 MW and three PV plants for a capacity of 177 MW.