Saudi Arabia has appointed the UK-based Solar Water PLC to build the first ‘carbon-neutral’ desalination plant in the city of Neom. The desalination plant will use concentrated solar power to heat a steel dome that boils the seawater. 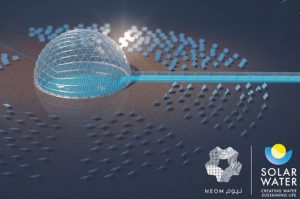 Heliostats (mirrors) surround a 25 meter tall glass dome to reflect concentrated solar heat (CSH) to a metal grid forming the top half of a “kettle” heating and distilling seawater fed in by covered aqueduct.

The desalination plant will use solar water dome technology, which utilises concentrated solar power (CSP) to heat a dome steel structure to boil the seawater, evaporate and condense it, and precipitate it as freshwater.

The brine resulting from the process gathers at the dome’s basis, which is then extracted and can be sold commercially, according to Solar Water’s website. 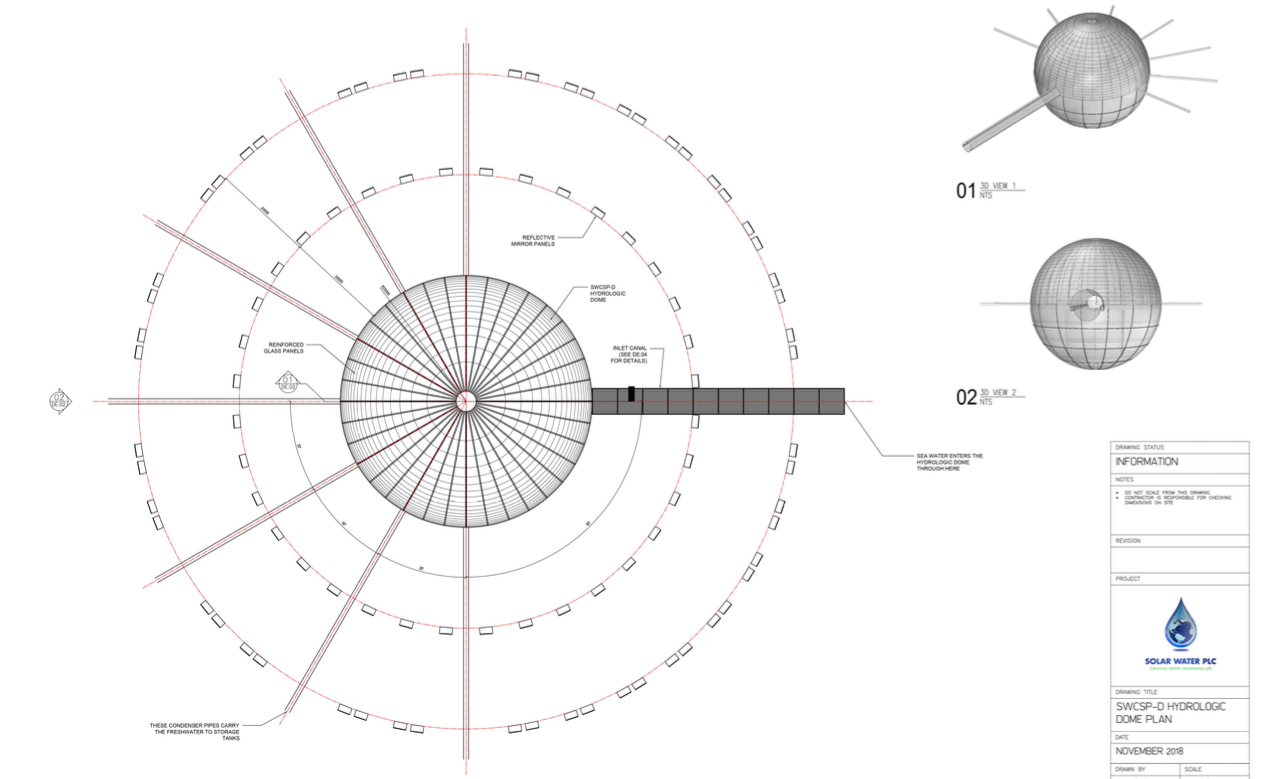 The Solar Water innovation plan view: A sphere is half sunk underground, with 25 meters above ground as a glass dome. A covered aqueduct feeds seawater to fill the sphere to ground level. Metal bars crisscrossing over the glass dome are heated by concentrated “suns” reflected up onto the dome by surrounding heliostats. The heat is transferred down into the “kettle” of seawater that fills the bottom of the sphere, causing evaporation to distill the water into a very high pressure water vapor which is pushed out through seven channels to create green growth in the surrounding desert   IMAGE@Solar Water

Neom CEO Nadhmi al-Nasr said implementing this type of desalination technology is evidence of the project’s commitment to support innovation and protect the environment. Neom will be developed on 26,500km² of land along 468km of the Red Sea and Gulf of Aqaba coastline. It will also cross into Jordan and Egypt.

The plans include the King Salman Bridge that will connect Saudi Arabia and Egypt. Riyadh and Cairo agreed to develop a causeway linking the two countries across the Red Sea in 2016. The city is intended to be an innovation hub, with its own laws, taxes and regulations within an independent economic zone. For energy, the plan is for Neom to be entirely powered by wind and solar energy.