The Hathaway oil company is up to something — using concentrated solar power for enhanced oil recovery. 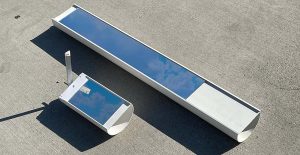 Natural gas has traditionally been the energy source to increase oil production. But in this case, solar power is used to generate steam, which goes downhole to loosen up the oil. But that energy can also be stored in the subsurface rocks, creating a giant geothermal battery that can run on demand. 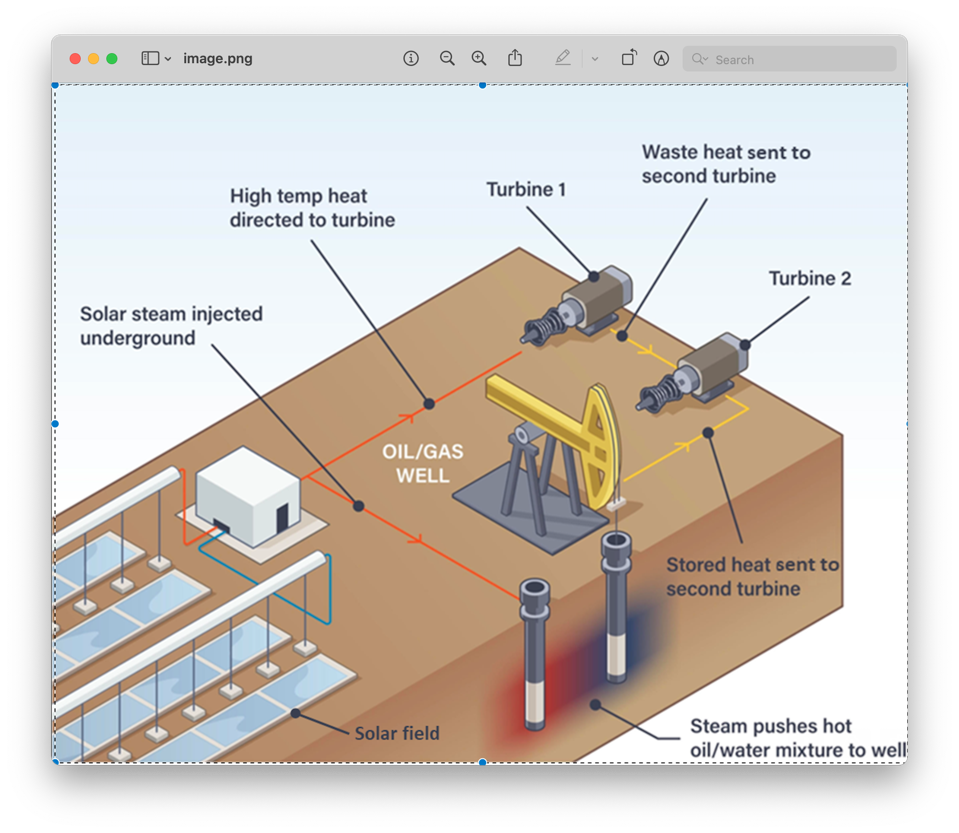 “This technology turns existing oil wells into clean energy generators,” says John King, chief executive officer of San Diego-based Hyperlight Energy, in an interview with this writer. “The potential storage capacity could exceed the output of all the natural gas power plants in California. This technology is solar power with an on-and-off switch. We can run it for days or weeks at a time.

“The oil is not coming from an unsavory location,” King adds. “But when it runs out, there will be an established infrastructure. It is more valuable than traditional concentrated solar power. You don’t have that volume of energy storage. Using that rock completely changes what you can do. It’s the gift that keeps on giving.”

Hyperlight is building its first pilot installation, called Tectonic Sun Alpha, at Hathaway’s oil site in Bakersfield, California, with seven active oil wells. It will use 6 megawatts of concentrated solar power for enhanced oil recovery. The excess energy is also stored in the rocks for months at a time. The technology is suited for sedimentary formations, spongy deposits that hold heat. About 3%-4% of enhanced oil well recovery sites across North America have this potential.

The technology purports to have an 80% capacity factor. That compares to about 33% for wind and solar, which uses batteries to store excess power. But that storage capacity releases energy in roughly four hour increments.

It’s all in the context of California’s most recent request for proposal: it is calling for 11,500 megawatts of renewable energy, including 1,000 megawatts from emerging or nascent technologies. Meanwhile, the oil industry in California comprises over 100,000 wells, according to the California Department of Conservation — sites that would be conducive to this type of dual-energy use. Once the enhanced oil recovery activity stops, the concentrated solar power plant can still send electricity to the grid.

“The technology is not changing how much oil is underground,” says King. “But it is giving oil companies a second revenue stream: they are adding solar to their existing operations and reducing their carbon intensity.”

California legislators have questions. That is, California wants to reduce its greenhouse gas emissions by 40% by 2030 and to be net-zero by 2045. When most think of enhanced oil recovery, using CO2 comes to mind — the ability to capture and store heat-trapping releases underground.

That’s a double-edged sword: for starters, it’s been an expensive undertaking, and secondly, it is used to increase oil production that adds to CO2 levels. But King says that solar and CO2 are different energy sources and do not conflate the two. In the case of concentrated solar power and oil production, only a tiny number of geological surfaces are suited for such purposes.

He adds that using concentrated solar power to retrieve oil from below the earth’s surface does not impact oil consumption. What it does do is decarbonize oil development and provide oil companies with an alternative revenue stream — the ability to sell that carbon-free power to the grid. Yes, it does take upfront capital to build concentrated solar plants and the turbine to generate electricity. But the remaining infrastructure is already in place.

Chevron Corp. and BrightSource Energy installed a 29-megawatt solar- to-steam facility at the Coalinga Oil Field in Fresno County, Calif. in 2011. And, GlassPoint Solar and Petroleum Development Oman commissioned a similar enhanced oil recovery project in the Middle East in 2013.

“The main investment is solar,” says King. “But it is a fraction of the cost if you did it from scratch. “The thermal battery — the rock below the surface — is the equivalent of 100,000 Tesla TSLA -3.6% Powerwalls that store energy. That is comparable to a whole year’s worth of production at a giga-factory making battery storage. A Tesla powerwall is $10,000. This oil site will get 100,000 of those for free.

“We will be looking for sites that have the appropriate geology,” he adds. “There is no technical reason why this technology can’t be used where there are sedimentary formations. We hope to first demonstrate at all enhanced oil recovery sites. But certainly, abandoned coal sites could be repurposed for concentrated solar,” he concludes, although they are probably not geologically suitable to store the excess solar energy underground.

If the concentrated solar power demonstration project fulfills its promise at the Hathaway oil site in California, the potential could be far-reaching. And while some may wince at the thought of more oil development, the focus here should be on the evolution of utility-scale solar and long-term energy storage — both of which are critical to hitting net-zero goals.