Today, over 520 MW of Concentrated Solar Thermal Power (CSP) plants operate in the United States and there are over 1,950 MW of CSP projects with signed PPAs.

Concentrating solar power (CSP) plants use mirrors or lenses to concentrate sunlight, creating temperatures high enough to drive traditional steam turbines or engines that in turn create electricity. The most cost-effective CSP plants are hundreds of megawatts (MW) in size, making them attractive as wholesale energy suppliers to utilities. Today, over 520 MW of CSP plants operate in the United States and there are over 1,950 MW of CSP projects with signed PPAs. 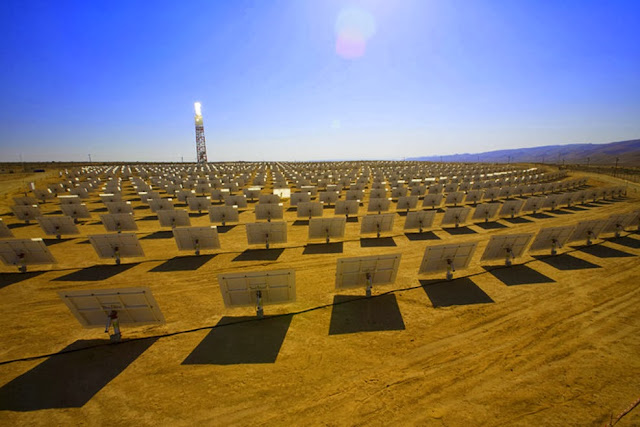 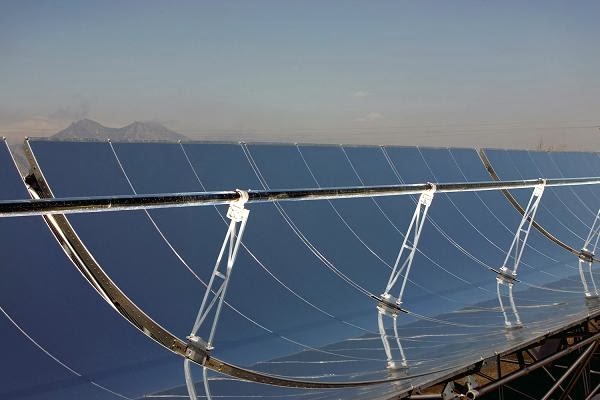 Parabolic trough systems use curved mirrors to focus the sun’s energy onto a receiver tube that runs down the center of a trough. In the receiver tube, a high-temperature heat transfer fluid (e.g., synthetic oil) absorbs the sun’s energy, reaching temperatures of around 700° F, and passes through a heat exchanger to heat water and produce steam. The steam drives a conventional steam turbine power system to generate electricity. A typical solar collector field contains hundreds of parallel rows of troughs connected as a series of loops, which are placed on a north-south axis so the troughs can track the sun from east to west. Individual collector modules are typically 15-20 feet tall and 300-450 feet long. 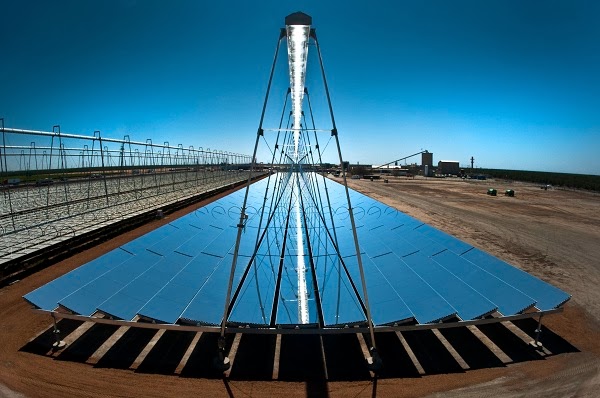 To reduce some of the up-front capital costs of plant construction, Compact Linear Fresnel Reflector (CLFR) developers rely on the principles of curved-mirror trough systems, but use long parallel rows of lower-cost flat mirrors. These modular reflectors focus the sun’s energy onto elevated receivers, which consist of a system of tubes through which water flows. The concentrated sunlight boils the water, generating high-pressure steam for direct use in power generation and industrial steam applications. 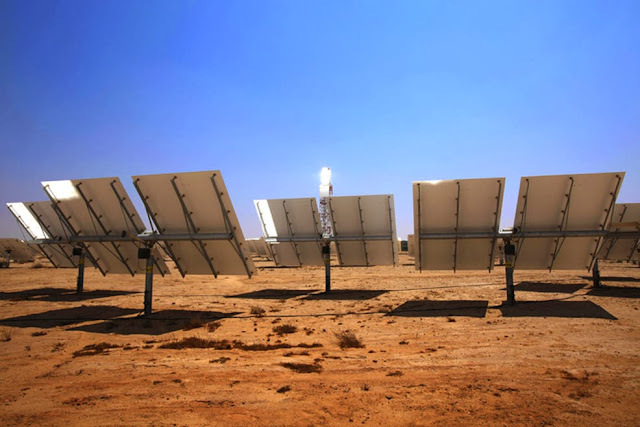 Seeking higher operating temperatures for greater efficiencies, other plant designers opt for a central receiver system. Computer-controlled flat mirrors (called heliostats) track the sun along two axes and focus solar energy on a receiver at the top of a high tower. The focused energy is used to heat a transfer fluid (800° F to 1,000° F) to produce steam and run a central power generator. 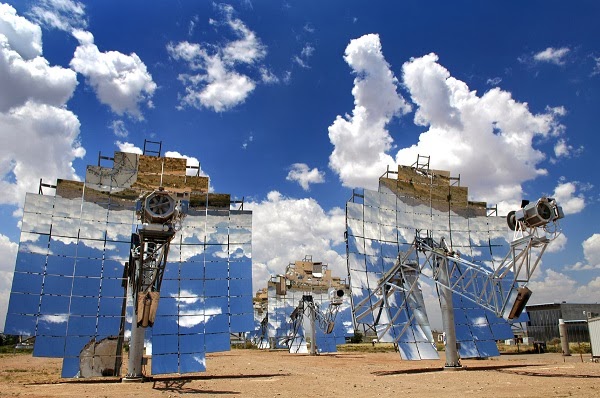 Mirrors are distributed over a parabolic dish surface to concentrate sunlight on a receiver fixed at the focal point. In contrast to other CSP technologies that employ steam to create electricity via a turbine, a dish-engine system uses a working fluid such as hydrogen that is heated up to 1,200° F in the receiver to drive an engine such as the Stirling engine. Each dish rotates along two axes to track the sun

Nine CSP plants, totaling over 350 MW, have been in daily operation near Kramer Junction, Calif., for over 20 years. In the last four years, new plants have come online in Arizona, Nevada, and California. 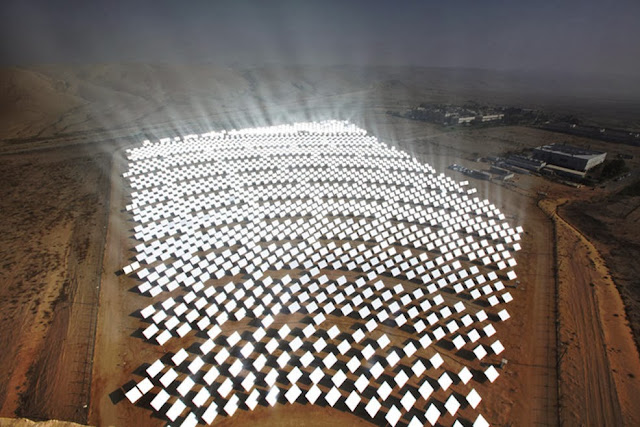 The plants’ locations reflect the important conditions required for this type of project. CSP plants need: