As oil giant Petroleum Development Oman and solar start-up Glasspoint prepare to build the world’s largest solar farm to provide power for an oilfield in the Middle East, we ask whether this marks the beginning of a new, greener era for the oil and gas sector. 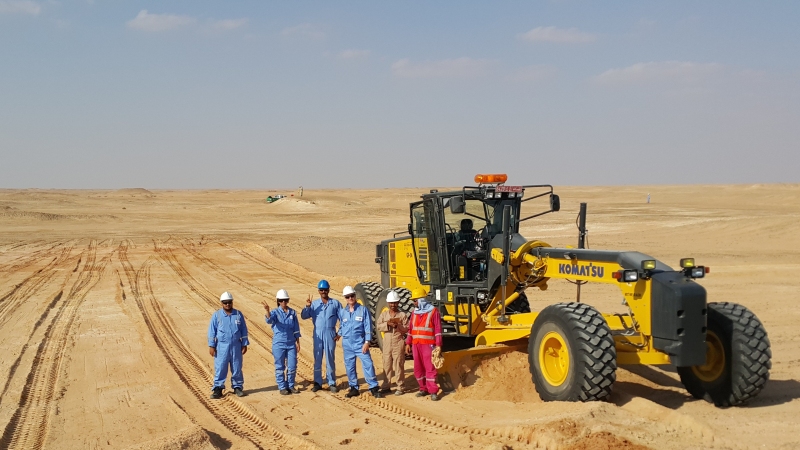 Oil giant Petroleum Development Oman (PDO) has unveiled plans to partner with Californian solar power start-up Glasspoint to build the world’s largest solar farm in order to provide power for some of its oil production activities. So will this collaboration mark the beginning of a new, more sustainable era for the oil and gas sector, as well as opening up a huge potential market for solar providers, or will the challenges inherent in creating steam from sunshine ultimately prove too great?

The amount of power used by the oil industry is colossal; if it was a country, it would be one of the largest in the world in terms of its primary energy use. And, with much of the world’s ‘easy oil’ gone, the energy, primarily heat, required by the sector is only set to increase further due to the fact that the remaining heavy oil can only be extracted through incredibly energy-intensive processes, such as thermal enhanced oil recovery (EOR), which works by injecting steam into oil fields, thinning the oil and allowing it to flow more easily.

Currently, in most places in the world, natural gas is used to generate the steam required for this process – in California, for example, around 15% of natural gas is used to make oil field steam, while in Oman the figure is 25% but, a new collaboration between PDO and Glasspoint is set to demonstrate that this no longer has to be the case.

Instead of using natural gas to power EOR, the two companies are building Miraah, the world’s largest solar farm by peak energy output, in South Oman to produce much of the steam required to extract heavy oil from PDO’s Amal oilfield. The initiative will not only slash the company’s carbon dioxide emissions by 300,000t per year, it will also reduce oil production costs, boost the local economy and free-up natural gas for domestic use and export.

«It’s a win-win-win in terms of economic growth and job creation as well as reducing the cost of producing oil,» says John O’Donnell, vice-president of business development at Glasspoint. «At a time of low oil prices, companies are looking to reduce production cost and improve profitability, and Glasspoint was founded on the fundamental innovation of making steam from sunshine at a lower cost than fossil fuels. On top of this, we are preserving Oman’s ability to meet domestic demand for energy and continue to be an energy exporter, as well as using domestic sunshine to create local jobs.»

Solar for oil: how do they do it?

So how does Glasspoint’s solar EOR technology work? Well, unlike solar panels that generate electricity, the company has designed a concentrating solar power (CSP) technology to meet the specific needs of the oil and gas industry.

Fully enclosed to ensure it is protected from wind, sand and dust storms, Glasspoint’s trough technology uses large, curved mirrors to focus sunlight on a boiler tube containing water. The concentrated energy then boils the water to produce high-quality steam, which is fed to the oilfield’s existing steam distribution network.

This process is multiplied many times over to produce the huge amount of steam required for the project – once complete, it will generate an average of 6,000t of solar steam daily, saving 5.6 trillion British thermal units (BTUs) of natural gas each year, which could be used to provide residential electricity to 209,000 people in Oman. The entire project including all supporting infrastructure will span around 3km2, the equivalent of more than 360 football pitches.

Yet, while this is the biggest solar farm in the world to date, for O’Donnell, it’s really just a drop in the ocean. «It’s a small project from an oilfield standpoint,» he says. «It’s just part of the steam at one oilfield stream project, but it’s the largest solar project in the world. For me, that underscores the scale of the energy needs of the energy industry.»

Making it pay: challenges ahead

With Glasspoint and PDO clearly demonstrating the huge potential of the oil and gas sector for solar providers, will this project mark the beginning of a new, greener era for the industry, with Oman leading the way? O’Donnell says: «We have to assume that in any business where there is a large opportunity others will seek to go after it.»

However, those others will only be successful if, like Glasspoint, they can produce steam from sunshine economically. «It pivots on this one critical matter; if solar energy is cheaper than locally available fossil energy then the primary energy demand in oil production, oil refining, and petrochemical production is huge. Yet, others have looked at this application before and said ‘It’s too challenging, we can’t do it economically'», he explains, emphasising that the challenges Glasspoint has overcome to reach this point have been significant.

«Solar steam generators that serve oilfields have to tolerate difficult environmental conditions and weather conditions and have to be built to oilfield safety standards. You also have to prove that you can meet the challenges of executing projects in remote locations. This project, the site where we’re operating today in Oman, is a 500 mile drive from town and about a 200 mile drive from anywhere, so there are unique challenges.

«You don’t get to pick the place with the cleanest air and the best sunshine; you have to go where the geology tells you,» he adds. «So you have to be durable in those places and Glasspoint’s enclosed system where none of the controls and none of the mirrors are exposed to the wind or sand or dust or hydrocarbons is an advantage. However, I’m sure others will have solutions to some of those problems.»

For Dr Hans-Wilhelm Schiffer, executive chair of the World Energy Resources programme at the World Energy Council, there are certainly options other than the CSP technology Glasspoint has opted for. «The question is whether it should be CSP or photovoltaics (PV),» he remarks.

«In the Oman case, CSP is used for generating dedicated steam but this is just one option and possibly not always the best one. Thus it should be checked in every case if PV is the more favourable solution. In that case investment should be steered towards producing power from grid-integrated PV rather than dedicated steam from CSP. But this can and should be decided by investors and on a case-by-case basis.

«Generally, though, the potential is higher the more the focus is on grid integration. Even though off-grid solutions are also relevant for many parts of the region, maximum cost efficiency and full flexibility are only achieved by grid integration. The question is to what extent large oil and gas production sites will typically allow for this grid integration.»

Adds O’Donnell: «There are lots of interesting challenges in managing the grid and managing other sources of generation as well as looking at batteries and energy storage once solar starts to be more than about 10% of electricity on the grid. However, with our application, there are no energy storage issues; low-cost solar steam can directly provide up to about 80% of all the energy needed and thereby be pivotal in reducing emissions, reducing energy use and extending supply.»

Using solar technology to power oil production facilities is still an extremely young discipline, but as Tom Kimbis, general counsel and VP of executive affairs at the Solar Energy Industries Association (SEIA) concludes, it is an incredibly promising one.

«[The PDO-Glasspoint project] is a significant step forward; wherever solar is deployed, it’s almost always better for the environment than the alternative, and the energy for fossil production has to come from somewhere, so it might as well be clean solar energy. Looking further to the future, as solar continues to scale in production, and solar engineering and build processes grow more efficient, costs will continue to fall, making solar a strong choice for any commercial endeavor, including at production plants.»