The new Venture Capital (VC) firm Breakthrough Energy Ventures (BEV) only invests in technologies they vet as both “scientifically feasible at scale” and with the potential to reduce “at least half a gigaton of greenhouse gases every year.”

Malta’s technology concept is simple. Thermal energy storage is charged with electricity from the grid the same way as any battery, stored cost-effectively in steel tanks and discharged as electricity back to the grid when needed later.

“We plan to build a pilot plant with 10MW power and at least 6 hours of storage duration, depending on customer specifications,” Malta engineer Sebastian Freund told SolarPACES this week. As the first step towards commercialization, Malta expects to be able to attract enough investors over the next three years to complete their 80MWh thermal energy storage pilot.

The technology is based on CSP’s long-proven low-cost thermal energy storage using molten salts. A mix of sodium nitrate and potassium nitrate is heated by the sun in a CSP plant, raising the temperature from a warm liquid at 290C to a heat of 565C, with the heat driving a power block.(How CSP storage works)

DLR’s proposed thermal storage would generate and receive and deliver power back to the grid by utilizing the former coal plants existing infrastructure: its steam cycle and transmission in and out. But when thermal storage is converted to electricity, the steam cycle in coal plants has efficiency limits in the 40% range. So Malta goes one step beyond the DLR concept of repurposing decommissioned coal plants. 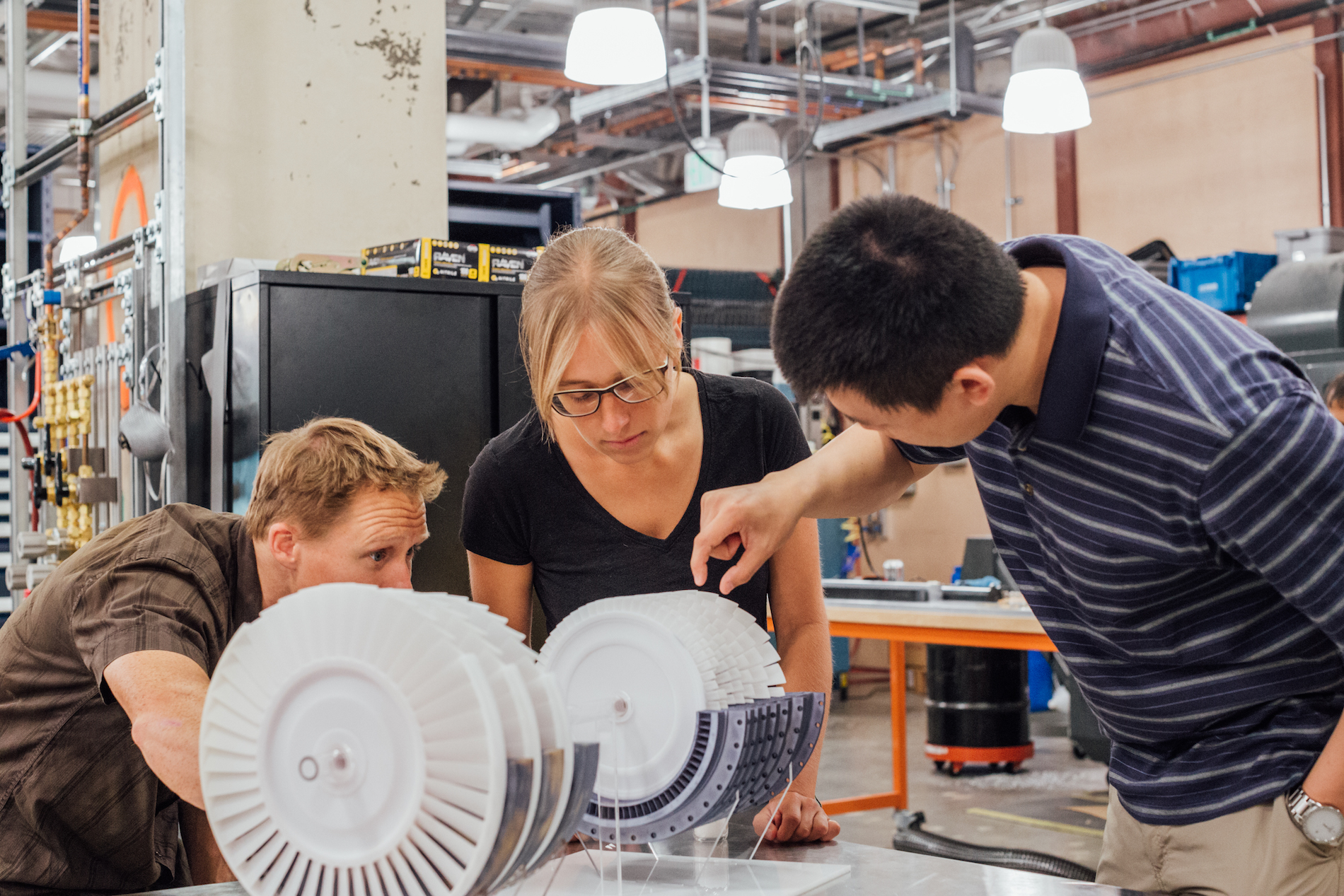 To raise the efficiency to around 60%, Malta’s engineers have developed new turbo-machinery and a novel heat exchanger, which they are now engineering and manufacturing at full scale in a free-standing thermal storage plant.

The Malta system uses a four-tank thermal storage system that enables an increase in the operating range.

“Because the Malta technology relies on the heat pump cycle to generate the heat to be stored it requires both hot and cold storage, each using two tanks, one set with molten salt and one set with a coolant,” explained Freund. “Liquid flows between each set of tanks, hot-to-hot and cold-to-cold, one way during the charge cycle and the other way during discharge.” Operation over a broader temperature range from cold coolant to hot salt increases power and efficiency of thermal storage.

Research to increase operating range in CSP to date has sought to raise the high temperature. However, materials and corrosion challenges are created by higher temperatures, and new materials are still being invented to withstand them. 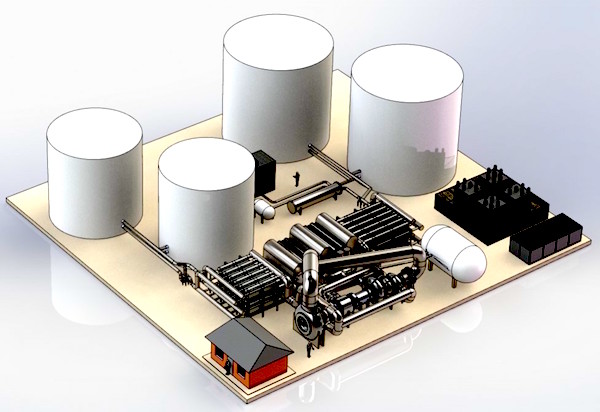 By instead adding a two tank coolant cycle, reducing the lower temperature, Malta increases today’s typical 250 degree operating range of current CSP storage and remains within the temperature limits of existing materials enabling cost-effective thermal storage.   This four-tank system could also be used in place of the current two tank molten salt storage in CSP, but Malta’s market focus is thermal storage as a standalone battery – with a side of district heat.

Around 80,000 district heating systems built decades ago heat northern cities across Europe, Russia and China, but these are still heated with coal or gas, raising local winter air pollution levels. 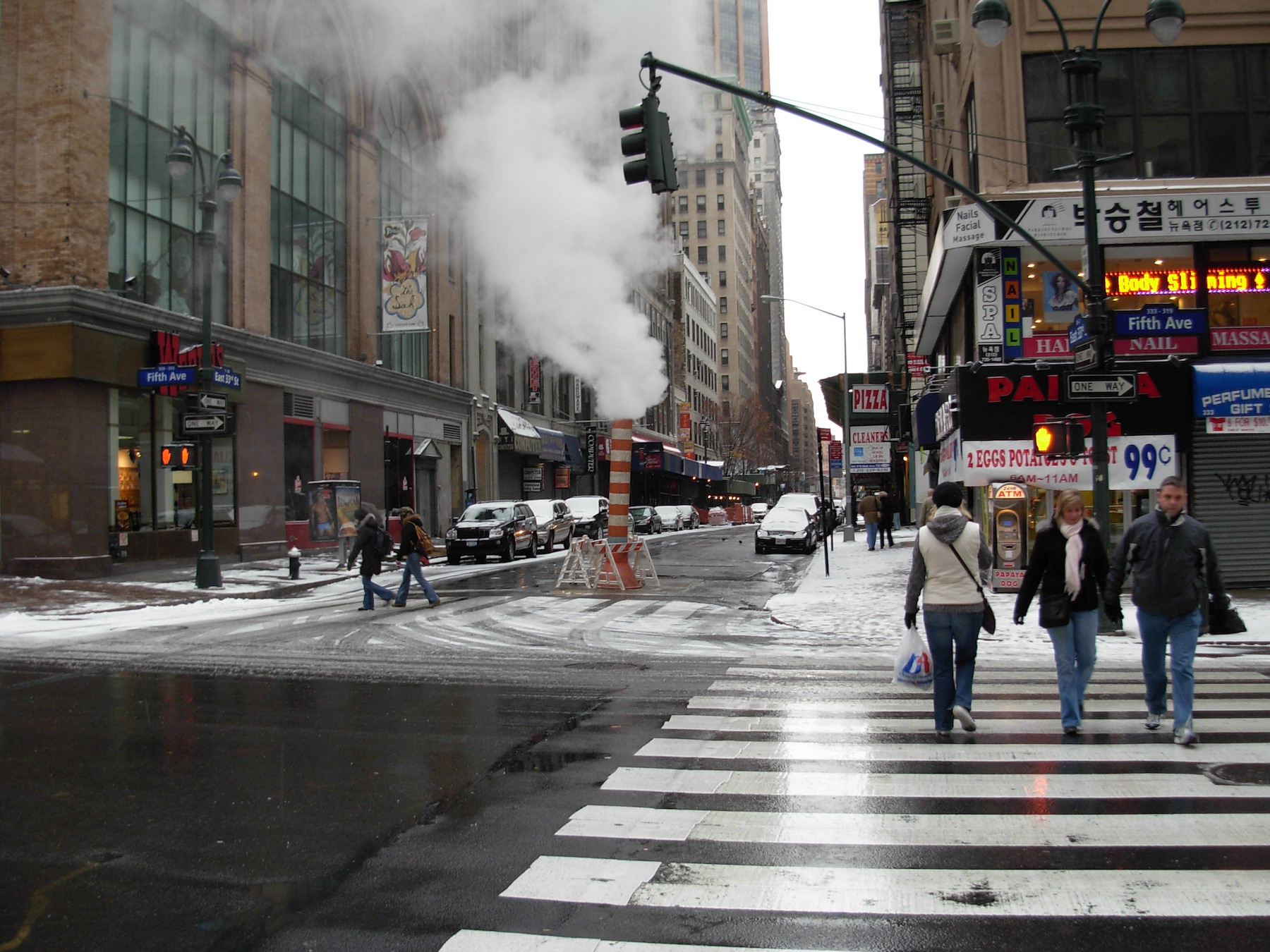 District heating in the US is not as widespread as in Europe, China and Russia. But still powered by fossil fuels, NY, Boston and Chicago have district heat. Now climate legislation could require it be renewable 100% renewable legislation in Illinois will change how Chicago can provide that heat and hot water.

Typically, in the US, heat and hot water is supplied by natural gas piped to and burned in individual buildings. But led by California, there is now a climate-driven legislative push to end this supply of natural gas to new construction which would require finding a clean way to provide buildings with heat and hot water. To achieve the state’s 2045 100% clean energy commitment, California’s natural gas power plants will also need to close. An increasing number of other US states are legislating similar targets.

“Retiring power plants and replacing them with storage power plants is definitely on our horizon; and not just in California,” Freund said. Often power plant infrastructure was developed in clusters, so siting thermal energy storage within these areas would be easier and cheaper, and meet with less resistance.

“Locating near gas plants is very attractive to us because everything is already there. When you shut power plants down permanently or even deconstruct them into brown fields you still have infrastructure, the land is there, there’s permitting there, and there’s all of the people who worked there,” he pointed out.

Because Malta is based on power generation equipment like turbo-machinery and a heat exchanger, this thermal storage will need people with power plant experience and skills.

California’s utilities are pushing back on the move to end gas supply to new construction, saying it will threaten their business model. Pacific Gas & Electric (PG&E) already came close to bankruptcy after wildfires caused billions in losses in 2018. But if natural gas is no longer a revenue-generator for utilities, clean district heat could provide a replacement revenue stream. It could even be profitable. Climate legislation in California often spreads to the other states.

So, allowing utilities to sell clean district heat could make it politically easier to end the sale of natural gas.