The solar thermal plant has also reached a record of contribution to the energy mix, reaching 2.2% of the total electricity generation in Spain and has significantly increased its efficiency by boosting demand coverage above 10% in specific hourly periods. 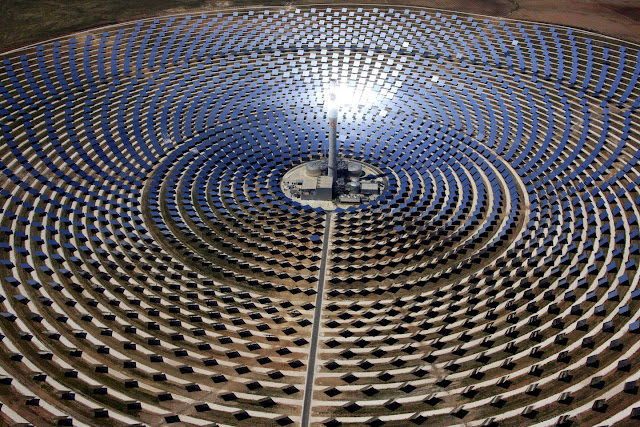 Solar thermal energy has increased its production of electricity in 2017 to reach a generation of 5,347 GWh in the accumulated of the year, representing an increase of 5.5% over 2016 and historical record of electricity generation by solar thermal power plants. In the breakdown by provinces, Badajoz is the province that has generated the most thermosolar energy, with more than 1,570,000 MWh, followed by Seville (with almost 919,000 MWh) and Ciudad Real (743,000 MWh). 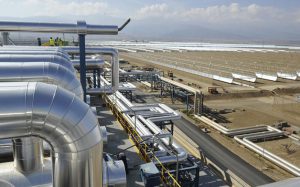 Another of the records that has been broken last year by solar thermal power is the contribution to the energy mix, which has reached 2.2% of the total electricity generation in Spain, with points of demand coverage above 10% in specific scenarios, which shows the significant increase in the efficiency of solar thermal power plants.

For Protermosolar, these figures show that with 2,300 MW installed in Spain, which account for 2.1% of the total installed power in our country, the solar thermal park has operated on average more than 2,300 equivalent hours in 2017.

Luis Crespo, president of Protermosolar and ESTELA, believes that «these data confirm the need to support the thermoelectric solar industry, for reliability and contribution to the stability of the network, thanks to its inertial contribution, which together with its manageability, differentiate it of other technologies of renewable flowing generation». He adds: «The replacement of the coal park with solar thermal power plants, together with the incorporation of the wind and photovoltaic plants approved in the recent auctions, would not imply an additional cost for the generation in our country and would have very beneficial effects for our economy.»

Contribution to the Spanish economy

The solar thermal sector had a positive impact on the Spanish economy in 2016 of 1,400 million euros in GDP, with a direct contribution of 1,092 million euros and an indirect contribution of 308 million euros. The sector employs 5,216 workers and has applied for 948 patents in 2016, according to the data collected in the Study of the Macroeconomic Impact of Renewable Energies in Spain 2016, prepared by the Spanish Association of Renewable Companies (APPA).

At the general meeting of ESTELA, Luis Crespo highlighted in his acceptance speech, «the historic moment that solar thermal power plants are experiencing by currently offering their electricity in sunny countries at competitive prices with conventional technologies, such as cycles combined with natural gas, which shapes solar thermal technology as the renewable technology that will provide support for other renewable renewable technologies and will even supply a large part of the base load of electrical systems in the future «.

Luis Crespo stressed as last year, «in a country like Dubai, with a solar resource somewhat inferior to the Spanish, solar thermal production is offered at 6 c € / kWh, and the most positive is that our technology still has an important path of cost reduction as its market grows and approaching the implementation figures of other technologies «.

The product offered by solar thermal power plants, with their storage capacity, is very different from other flowing renewable technologies and contributes to the electrical systems a higher value than the cost difference with the other technologies that is being progressively understood and appreciated by the energy managers of many countries.

For the president of ESTELA, «all new future capacity will be renewable in most countries, so the incorporation of technologies that provide management to the system will be a necessity as conventional plants are being phased out.» Crespo concluded his speech by stating: «Today we can already affirm that a mostly renewable scenario, with an adequate mix of different technologies, is not only technically possible and cleaner than the current one, but even cheaper for consumers. A more accelerated energy transition in our country would provide an important lever for economic growth and employment. «