The harmonization for CSP technologies was done by adjusting published greenhouse gas estimates based on consistent application of: 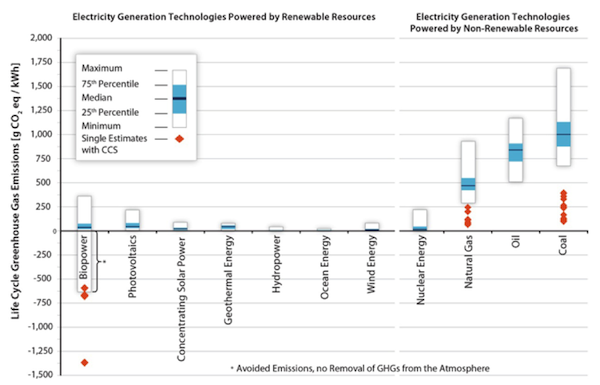 The harmonized median life cycle GHG emission estimates for tower and dish technologies are similar but somewhat lower than those for trough technologies: 46, 25, and 13 g CO2eq/kWh, respectively.