In 2023, a wastewater treatment plant in New Mexico will begin making nitrogen for fertilizer from biosolids, using solar thermal energy.

Next year, a consortium led by American Infrastructure Holdings LLC that includes Solar Dynamics and Andritz Separation will build a pilot facility in Albuquerque, New Mexico to demonstrate a novel dryer technology to produce granular fertilizer from biosolids that will be powered by solar heat.

Layout of the solar field of mirrors to be installed near the current land application area to make nitrogen for fertilizer from biosolids – using solar thermal energy to dry the biosolids IMAGE@Ryan Shininger, Solar Dynamics

Replacing fossil-fueled heat in industrial processes is one of the world’s next big tasks. A third of the emissions that are destabilizing our climate come from fossil-fueled industrial heat.

Solar Dynamics will supply the solar system to provide heat for the dryer. The firm has already been funded to design and computationally simulate the solar process, and is now poised to build a solar field that integrates its solar thermal energy system with a dryer system supplied by biosolids from the Albuquerque Bernalillo County Water Utility Authority water reclamation treatment plant to produce nitrogen granules for commercial sale as fertilizer.

“Right now, roughly 70% of the biosolids at this plant are applied to the land,” explained Ryan Shininger, Solar Dynamics senior engineer. “This pilot project uses half of what’s currently being land-applied. If it’s successful, we’ll double our plant to process the remaining biosolids so they’re not land applying any biosolids at all.”

Currently, only 30% of biosolids gets recycled – mixed with wood chips and other organic materials to sell as compost to local farms, parks, ballfields, and other landscape areas, or soil enhancement to remediate disturbed land. It is obviously nonsensical that the US imports more than half of the nitrogen used in fertilizers while throwing away biosolids that are rich in nitrogen, phosphorus, and micro-nutrients.

There is a value to up-cycling biosolids as granular fertilizer instead of land-disposing them. Biosolids, which are 80% water, are hauled sometimes hundreds of miles away and dumped in landfills or plowed into the land. This disposal process is compliant with federal and most state environmental statutes, but it is not environmentally optimal. 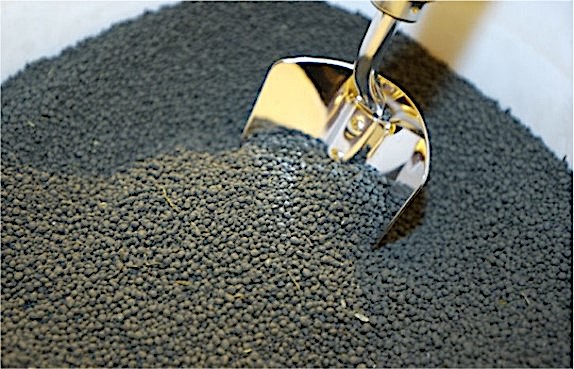 The problem with dumping biosolids on land

While this is not the case in Albuquerque, in some locations, land application can result in nutrient runoff to local waterways and percolation into groundwater. More importantly, land disposal of biosolids generates greenhouse gasses: methane, CO2, and NOx.

“In many places” he pointed out, “even if raw biosolids are land-applied to grow crops, it remains a disposal strategy, which if improperly managed, can result in adding too much nitrogen and phosphorus all at once. Plants use some, but the rest is wasted. When nutrients end up in waterways, they can cause “dead zones” with no oxygen where nothing can live.”

There are geopolitical advantages as well. Given recent shocks in the global market for these fertilizer minerals that are crucial for food production, recycling them from municipal biosolids domestically reduces reliance on imports from potentially unstable sources overseas.

“This is a problem that predates the Ukraine war, however,” Shininger noted. “The US government already has initiatives to try to increase the amount of domestic fertilizer production. Right now more than 50 percent of the fertilizer used in the US is imported, and most of it is imported from China or Russia. But obviously, the war has put additional stress on the system.”

Solar Dynamics’ solar field of parabolic trough collectors and thermal energy storage would connect to a commercial dryer which has been adapted to heat the air in the dryer with hot water from the solar field. 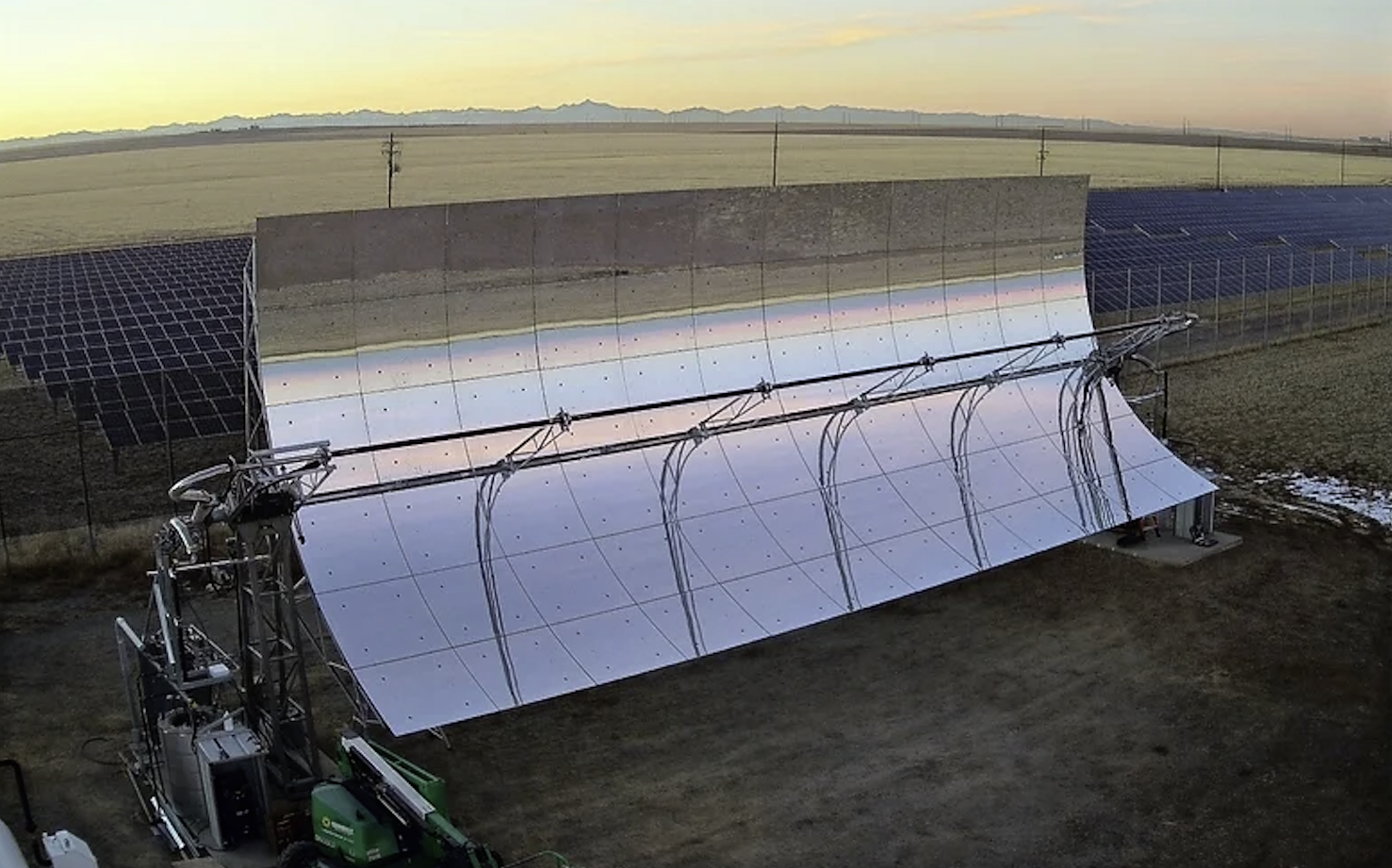 This heat, which would normally come from natural gas, would instead be generated by reflected sunlight from a solar field of Solar Dynamics’ SunBeamTM parabolic trough collectors that will heat the water to 200°C. The performance of the solar collectors will be proven by the pilot facility.

The commercially available tank used in the LPG industry is about 40 meters long by about 3 m in diameter and operates as a thermocline using internal baffles to bring hot water to the plant to heat the dryer. Cold water is sent back to the solar field to be reheated. The thermocline doesn’t have to perform perfectly for the system to work. Some amount of mixing is not a problem in this case because of the flexibility of the biosolids dryer. It’s very different than a power plant.

Although the facility is a scaled-down pilot, it is structured to operate commercially for at least 20 years. The project will require equity investment to fund the construction of the dryer and fertilizer blending system. Private investment will be repaid with a combination of biosolids tipping fees and fertilizer sales.

“Solar Dynamics doesn’t have much involvement on that side,” Shininger said. “Our partner, American Infrastructure Holdings, is responsible for raising the equity and contracting the fertilizer sales. Fertilizer sales are a little more challenging because the fertilizer market is based largely on spot pricing. So, it’s not the same as getting a 25-year contract for electricity for CSP where you know exactly what you’ll get paid over that time.”

Only about 2% of all biosolids generated in the US are used as some sort of fertilizer. The market is just beginning and this Albuquerque project is the first in the country to integrate solar thermal energy with biosolids drying to manufacture a commercial fertilizer. “We see numerous opportunities across the country and worldwide to apply this process,” said Shininger, “So, we look forward to proving it out in our pilot and rapid adoption across the US.”

“Frankly, it’s hard to see why we haven’t done this already given the clear economic, environmental, and social benefits of solar-powered biosolids-based fertilizer production,” said Shininger, “and a lot of potential carbon reduction is riding on the success of this pilot.”