The Dubai Electricity and Water Authority (DEWA) today revealed the names of the companies that won the advisory service contract for the planned 200-MW concentrated solar power (CSP) project in Dubai.

The winning consortium is led by KPMG Lower Gulf Ltd, with a focus on the financial side, alongside Mott MacDonald (technical expertise) and Ashurt (legal advice). 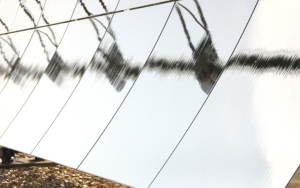 DEWA wants to build a 1-GW CSP park by 2030 at the Mohammed bin Rashid Al Maktoum Solar Park. On May 26 it launched a tender to select the consultants for the 200-MW first phase of the CSP project. The closing date for proposal was July 20.

The phase I solar thermal power project is to be operational by April 2021. A senior official told Zawya Projects in June that the independent power producer (IPP) tender for the 200-MW park is expected in the first half of 2017.