CSP: Protermosolar has appealed to the Supreme Court

CSP: Protermosolar has appealed to the Supreme Court

While Public Administration estimates that the concentrating solar power industry will have a total of 2,521 MW installed at the end of 2013, in fact only 2,300 MW will be achieved.

The spanish association of concentrated solar power considers the Ministerial Order of 14 February represents a violation of the principles of legal certainty and reasonable return.

The Spanish Association of Solar Thermal Power Industry (Protermosolar) has submitted to the Division of Administrative Litigation of the Supreme Court, administrative appeal against IET/221/2013 Ministerial Order of 14 February, by establishing the access tariffs from January 1, 2013 and the rates and premiums for special regime facilities considering that is a violation of the principles of legal certainty and reasonable return.

The ongoing regulatory changes that the sector has been subjected during the last two regulations (Law 15/2012 and Royal Decree Law 2/2013) has represented a cut of 37% in solar thermal sector revenues.

Protermosolar has claimed, repeatedly, that the decisions taken by the Government are based on some erroneous forecasts of installed capacity by 2013. While Public Administration estimates that the concentrating solar power industry will have a total of 2,521 MW installed at the end of 2013, in fact only 2,300 MW will be achieved.

This overestimation affects the calculation of the premiums they receive this technology this year, as it has generated a difference of 300 million euros. Amount that would have made unnecessary the adoption of the measures contained in the Royal Decree and Ministerial Order whose consequences, if sustained, will be unaffordable for the CSP industry.

Protermosolar points out that the solution to the tariff deficit does not go through a cut in the income of renewables. In 2008, before it began to install concentrated solar power in Spain, the tariff deficit already amounted to 14,000 million euros. In this sense, the tariff deficit has not been generated by the renewable system premiums special regime, but by the political decision not to transfer all of the regulated costs to final consumers, of which the premiums renewables account for only one-third. 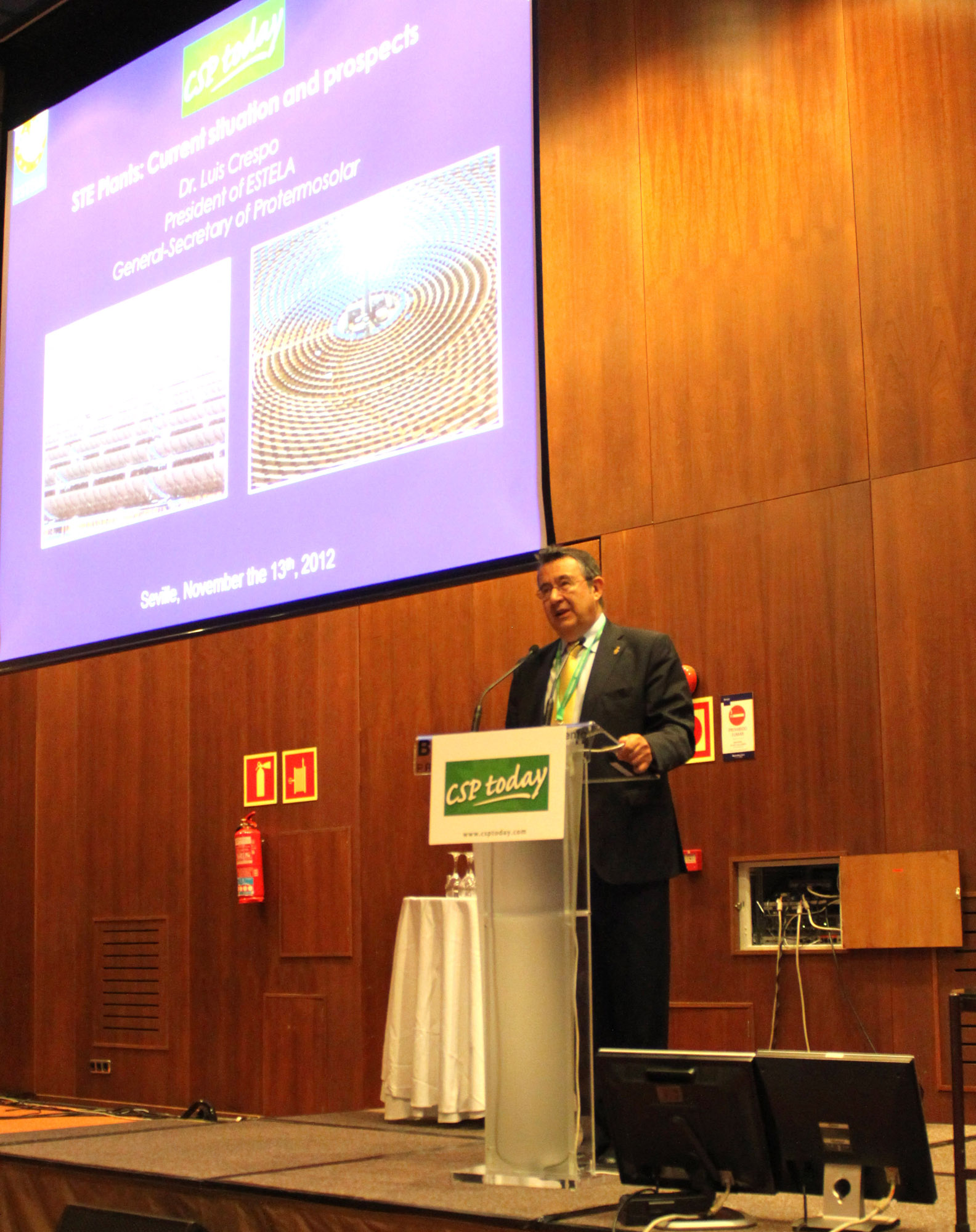 It believes that a significant portion of the accumulated deficit comes from the continued rise in distribution costs, the Nuclear Moratorium or subsidies of combined cycles. In addition to the mainland and interruptibility costs, they are a grant to citizens of the islands and direct aid to a few companies with large power consumption, respectively.

The legal uncertainty that is subject to the solar thermal industry should be assessed taking into account the investment in the renewable sector by national and international actors, to those from more than 35% (about 15,000 million) of total investments .

In 2012, the solar thermal sector activity contributed to the Spanish economy with a total of 2,607 million euros in 2012, compared with 927 million euros it received in premiums.

The efforts of the Spanish companies have surpassed the borders, promoting or construction of 2,037 MW outside of Spain, representing 64% of the development and construction initiatives taking place right now in international markets ( a total of 3,163 MW). The increasing internationalization of the companies promoting solar thermal project or construction may be eroded, however, in the coming years due to lack of resources that are being recent regulatory changes, retroactive basis, in the sector.

Protermosolar is the industry association representing the Spanish solar thermal industry and currently consists of about 100 members.

Solar thermal technology, in which Spain is a leading international force has recently broken into the landscape of renewable energy worldwide and is currently the one with the highest growth potential for its manageability and storage capacity, its high local job creation and potential cost reduction.