The 4 gigawatts Shegaya Park spread on an area of 58 square kilometres is being developed in three phases. The first 70 MW comprising 50 MW of Concentrated Solar Power, 10 MW PV and 10 MW wind power began commercial operation in December 2018, he said. 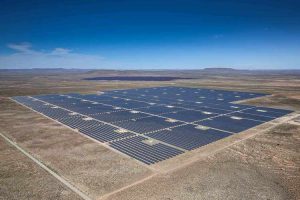 Kuwait will take the final decision on the Shegaya Renewable Energy Park in two weeks, a senior official at the Ministry of Electricity and Water, (MEW) Kuwait said.

Eng. Ahmed M Alazemi, Renewable Energy Projects Specialist at MEW, said «The final decision on the Shegaya Renewable Energy Park will be made in two weeks. The project is not cancelled but converted from an EPC (engineering, procurement and construction) to a PPP (public private partnership) project and is now handled by the Kuwait Authority for Private Partnership (KAPP) along with MEW.

«To save time, phases two and three were combined under a single transaction advisor. The request for proposal (RFP) for the second phase and the request for qualification (RFQ) for the third phase will be announced in 2021», he said speaking at a webinar organized by EQ magazine and Middle East Solar Industry Association.

In July 2020, Zawya News reported that the project could be cancelled due to the pandemic-induced financial constraints or re-tendered at a later stage to secure a lower price after it has already been delayed for two years.

Kuwait has plans for meeting at least 10% of peak demand for all government buildings with solar power. «A study has identified total rooftop capacity at 2221 MW in more than 73 projects by 10 government institutions», Alazemi said.

«Rooftop tenders for 10 MEW buildings totaling 3.64 MW are expected to be floated in 2022. Rooftop tenders for 2.7 MW at Emergency Department main workshops and 5 MW at power stations are scheduled for the second quarter of 2020,» he said.

The ministry has identified 25 locations to install PV panels on its ground water reservoirs totalling 300 MW and Phase one for 30 MW is planned at Subiya North East, he added

«A plan to encourage residential solar rooftops is being finalized and will be announced very soon», he said.

Renewable Readiness Assessment to start in 2021