The independent power producer advisory deal will lay out guidelines for companies looking to bid for the project, with KPMG Lower Gulf looking over the financial requirements while Mott MacDonald and Ashurst handle the technical and legal ones, respectively. 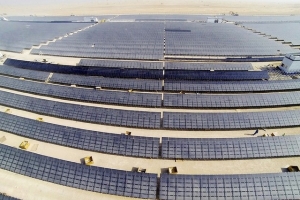 «The 200MW CSP project is another milestone achievement that will put Dubai and the UAE at the forefront of the countries in the region in producing renewable and clean energy,» said Saeed Al Tayer, the managing director and chief executive of Dewa.

The Dh50 billion solar park will total 5 gigawatts of capacity once completed in 2030, and 1GW of that will use CSP technology, making it the largest of its kind in the world.

The first three projects of the solar park used solar photovoltaic (PV) technology, but the addition of CSP will give the park a thermal storage capability. Mr Al Tayer said that the CSP plant would be able to store energy for up to 12 hours a day, which could be used at night or on hazy days.

«We have an ambitious vision and a clear strategy to develop and support sustainable energy projects in Dubai,» said Mr Al Tayer, pointing to the utility’s goal of increasing the percentage of renewables in the emirate’s energy mix to 7 per cent by 2020 and 25 per cent by 2030.

This latest 200MW phase is expected to be completed by April 2021.