The U.S. Department of Energy announced plans to expand the SunShot program after hitting its 2020 goals to trim utility-scale solar costs to $0.06/kWh — or under $1 per watt —  three years early.

Under the new goals, the popular program plans to cut utility-scale solar costs in half to $0.03/kWh by 2030. The agency also plans to trim commercial solar costs to $0.04/kWh and residential solar to $0.05/kWh in the same timeframe.

Up to $62 million will support advances in CSP technologies to enable on-demand solar energy. CSP technologies use mirrors to reflect and concentrate sunlight onto a focused point where it is collected and converted into heat. This thermal energy can be stored and used to produce electricity when the sun is not shining or integrated into other applications, such as producing fresh water or supplying process heat. Learn more about the Generation 3 Concentrating Solar Power funding opportunity HERE.

Despite the Trump administration’s efforts to cut funding from DOE research efforts, the agency is forging ahead with new programs to expand solar development. But the agency now frames these efforts as opportunities to boost grid reliability and resiliency — key priorities of Secretary Rick Perry and his recently-published grid study.

«Secretary Perry is certainly focused on improving the resiliency of the grid,» Becca Jones-Albertus, acting deputy director for the SunShot initiative, told Utility Dive. «We’re continuing to focus innovation that can drive cost reductions to meet the 2030 goal, so that includes focusing on the hardware side; on longer lifetimes and better durability.»

Jones-Albertus said focusing on durability and longer lifetimes would help drive down so-called «soft» costs associated with installations — grid integration efforts, interconnection and permitting — by boosting the efficiency of the panels. And they underscore the agency’s efforts to use solar as a way to boost resiliency, she added.

As part of the SunShot expansion, DOE allocated $62 million for concentrated solar power technologies and $20 million for early-stage power electronic projects that would help grid operators better detect problems, while also shoring up against cyber and physical attacks. Those types of electronics will also better enable integration of variable solar power, DOE said.

Winners will have to pony up 20% of the funds to their overall project budget, which could yield a total of private and public spending of $100 million. 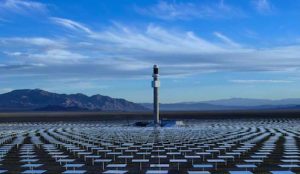 The expanded SunShot program still targets cost cuts, aiming to cut the installed price of various solar technologies by more than half by 2030. Current tax incentives, such as the federal investment tax credit, do not factor into these cost forecasts, Jones-Albertus said.

Currently, commercial-scale solar prices rest around $0.11/kWh and residential solar is roughly $0.16/kWh. The agency uses an average cost found in Kansas City, Missouri to model its projections. In sunnier states, the costs could fall to nearly $0.02/kWh for large-scale solar.

These prices are a stark contrast to 2011, when the program first began. At that time, utility-scale solar cost $0.28/kWh, while residential and commercial-scale solar was $0.52/kWh and $0.40/kWh respectively. Lower module prices helped drive these costs down, according to a new report from the National Renewable Energy Laboratory, also released with the funding announcements.

The new funding opportunities arrived amid a heated debate between solar companies over a request to impose a tariff and floor price on imported crystalline silicon photovoltaic solar panels. Two companies proposed a tariff of $0.40/watt and a floor price of $0.78/watt.

If enacted, these tariffs could endanger 88,000 jobs from the solar sector next year, the Solar Energy Industries Association warned, and threaten two-thirds of utility-scale solar projects expected to come online in the next five years. The tariffs could also hamper any DOE efforts to reduce costs.