The ECOWAS Center for Renewable Energy and Energy Efficiency (ECREE ), has began processes to help Ghana exploit the abundant solar thermal energy potential for domestic and industrial use.

The exploitation and installation of thermal energy systems in Ghana will help heat water for domestic and commercial purposes particularly for hospitals, schools, industries, hotels and homes, thereby reducing the stress on the national grid and fossil fuel based energy supply in Africa. 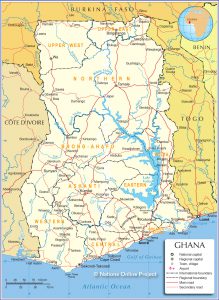 Due to this, ECREE in partnership with AEE- Institute for Sustainable Technologies (AEE-INTEC) and Koforidua Technical University (KTU) kicked start a three-day training of trainer’s Workshop on Solar thermal technology to facilitate the deployment and installation of the application across the Country.

The participants mostly professionals from more than 30 institutions will be taken through a theoretical and practical framework of solar thermal energy systems, designing, building, installing and upgrading of Solar thermal systems.

At the opening ceremony of the workshop in Koforidua, Mr.Joarel Barros, a communication officer at ECREE, explained that, through the Solar Thermal Capacity Building and Demonstration program ( SOLTrain West Africa ), factors such as low awareness, low Political will, technological and capacity building barriers inhibiting the deployment of the Solar thermal technology would be removed .

He added that “such capacity building initiatives are highly important if the ultimate purpose is to convert kilobytes of information to kilowatts of energy and let such energy transform people’s lives for better, as it powers them socially and economically “.

Mr.Rudolf Moschik, represented of AEE INTEC, on his part said with the exponential population of Africa estimated to hit 2 billion in 2050, there is the urgent need to Switch from the current dependent on fossil-based energy system to renewable and sustainable.

The Vice-Chancellor the University, Prof.(Mrs) Smile Dzisi stated that following the invitation and participation in ECREE four (4) year SOLTrain West Africa Project in 2015, the University has successfully implemented phase -one of the project which led to the production of a comprehensive Country Market Report on Solar Thermal Water Heating and Drying of Agricultural Products for Ghana.

She added that ,implementation of Phase two of the project which covers monitoring of installed Solar Water Heating system at some selected sites Ghana and the capacity Building of Professionals in Solar Thermal Systems and Applications.