EnergyNext will deliver an industrial thermal battery system to Eni SpA (BIT:ENI) and deploy it in a project for generating renewable steam at the Italian oil and gas major’s site in Sicily.

The goal of the particular project at Eni’s Gela refinery is to connect the thermal battery to a concentrated solar power (CSP) plant and a micro turbine for electricity production. The installation will generate renewable steam throughout the day and over several hours at night, partly displacing steam generated from standard fossil fuel systems, the Norwegian technology firm said earlier this week. 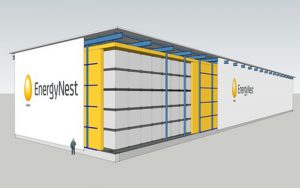 EnergyNext expects the thermal battery facility to become fully operational by the second half of next year, facilitating savings of around 60 tonnes of carbon dioxide (CO2) emissions annually.

The project is part of Eni’s target of achieving net-zero CO2 emissions in its upstream business by 2030.