The General Assembly of the European Solar Thermal Electricity Association (ESTELA), re-elected Dr. Luis Crespo for the next 2-year term.
Together with the President election, the Executive Committee of the Association was also newly mandated.
Dr. Luis Crespo was appointed unanimously as President by the ESTELA General Assembly for another 2-year term.
In his second tenure, Crespo is eager to pursue the core work of ESTELA towards EU institutions and at the same time to increase its action modalities as a bridge between
European and Mediterranean regions, following the enlargement of geographical scope of ESTELA to the MENA region. 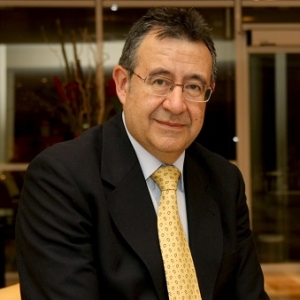 “During the next term, our action will be refocused on several fields:
Continued support to our industry in Europe via an enhanced dialogue with policy-makers (in their essential task of driving long-term strategies); the key point is to achieve an improved perception of the value proposition of solar thermal electricity
(STE) well beyond the current cost level of the technology.
Doing so, it will be possible to show that the value of STE for boththe electrical system and the European economy is today well able to offset the current still-high investment costs;
Search for synergies and alliances with other RES sectors regarding ongoing
legislative initiatives;
Support ESTELA members’ efforts to implement a first-of-its-kind project in Europe
in close cooperation with some Member States and EC services
Extend the support of the association to its members for promoting their presence
in the most active STE markets (Morocco, South Africa, China, Chile, Australia)
always fairly addressing the mutual interests of the respective partners;
Relaunch the already established world federation “STELA-World” for reinforcing the global STE industry representativity towards the EU institutions andidentifying
the corresponding opportunities and threats during its ongoing development worldwide.”
Jose Santamarta2016-12-27T14:57:25+00:0029-01-2016|Categorías: BREAKING NEWS, NEWS, Top News|Etiquetas: CSP, ESTELA, Luis Crespo|