Projects worth more than EUR 1 billion are expected in Italy, and France’s projects stuck in a waiting game.

The European concentrated solar power (CSP) capacity remained stable in 2014 and will probably post a negligible increase in 2015, according to the new Solar Thermal Barometer published by EurObserv’ER (Paris, France). 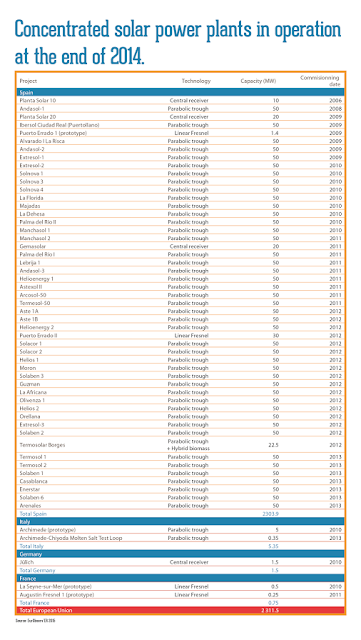 Construction work on a number of new CSP facilities in Italy that are scheduled for commissioning in 2016 and 2017 could commence in the second half of the year. 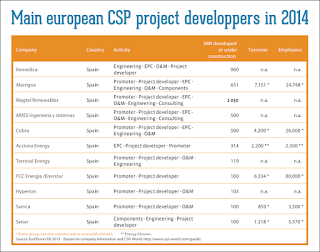 EurObserv’ER estimates that in the European Union installed capacity of commercial Concentrating Solar Power (CSP) plants at the end of 2014 amounted to 2,311.5 MWe, similar to the status at the end of 2013 with a number of CSP projects under development (status at the beginning of 2015: 628.1 MWe). Spain’s CSP plants generated more than 5 terawatt hours (TWh). 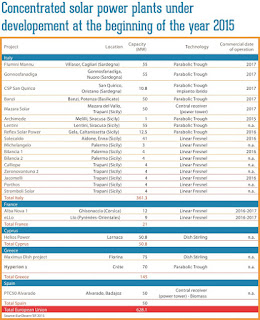 Projects worth more than EUR 1 billion are expected in Italy, and France’s projects stuck in a waiting game.