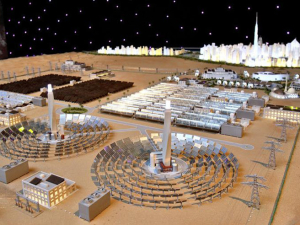 In a statement issued in June 2016, the authority said it intends to build the largest Concentrated Solar Power (CSP) project in the world, using the IPP model. The first phase of the CSP project will be operational by April 2021, with the entire project generating 1,000MW by 2030.

In June 2016, Reuters reported that a Masdar-led consortium, which includes Spanish companies Fotowatio Renewable Ventures and Gransolar Group, was awarded the contract for 800 MW second phase of the Solar Park.