GlassPoint is back from liquidation with big plans to decarbonize heavy industry using solar-powered steam — and funding from BlackRock to make it happen. 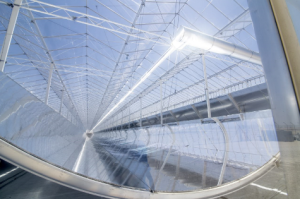 GlassPoint, a solar steam startup that was liquidated in 2020, is back with new funding, a new business model and plans for an enormous new decarbonization project.

The company just signed a memorandum of understanding with Saudi Arabian mining company Ma’aden to develop a giant 1.5-gigawatt (thermal) solar project in Ras al Khair, Saudi Arabia as part of a vertically integrated aluminum production complex. If completed as planned, it will be one of the biggest solar projects of any kind in the world. Of course, a memorandum of understanding has all the legal heft of a pinky swear, but this proposed deal could still signal a comeback for this once-dead company — and potentially for the moribund concentated solar power industry.

CSP had an investment heyday in early part of the last decade, with Areva’s acquisition of Ausra and the near-success of BrightSource Energy. But ultimately CSP could not compete in electricity markets; it got beat out by mass-produced photovoltaic solar panels, which have plunged in price.

GlassPoint will use CSP technology not to produce electricity but to produce steam for industrial process heat. Its parabolic solar troughs use mirrors to focus sunlight on tubes containing water, yielding high-pressure steam. The troughs are encased in greenhouses, shielding the mirrors from the elements; an automated system cleans the greenhouse glass at night. GlassPoint’s sheltered CSP system allows for use of cheaper, thinner mirrors as well as less steel and aluminum, keeping down the primary cost drivers in a traditional CSP project.

The new project in Saudi Arabia will generate steam for use in refining bauxite ore into alumina, a critical feedstock in aluminum production. From automobiles to appliances to solar panels, aluminum is everywhere — and decarbonizing its production is a big part of removing fossil fuels from the industrial supply chain. As David Roberts recently pointed out, demand for aluminum for solar PV panels alone ​“is either going to grow by a boatload or a mega-boatload.”

“This facility…will be the largest industrial solar steam plant in the world and the first deployed in both Saudi Arabia and in the aluminum supply chain,” said Rod MacGregor, CEO and founder of GlassPoint, in a release.

The plan at that point was to use concentrated solar arrays to produce steam at gigawatt scale for use in enhanced oil recovery (EOR), replacing the use of fossil gas.

EOR techniques are used to extract oil from wells that have already been largely depleted by standard oil-recovery methods. One widely used procedure known as thermal EOR entails using massive quantities of fossil gas to generate steam, which in turn is employed to force the last drops of oil from nearly dry wells. But when solar energy is used to generate the steam, it can reduce an oil field’s fossil gas consumption by up to 80 percent — and that was the value driver behind GlassPoint’s original business plan.

But those ambitious plans hit a snag in 2019, when GlassPoint was unable to secure sufficient financing to move ahead with a major project, the 770-acre Belridge solar farm in Kern County, California. Despite desperate last-minute efforts to remain afloat, such as a series of bridge loans and a financing round that didn’t garner much interest, GlassPoint ultimately opted to liquidate in April 2020.

A new focus for a net-zero world

This year, GlassPoint was revived with an undisclosed amount of funding from BlackRock, the largest asset manager in the world.

“The business model is different, the market is different and the environment is very different than it used to be. We’re very much in a net-zero world now,” MacGregor told Canary Media in an interview last week.

In its first incarnation, the company’s business model had been to sell its solar projects: ​“At the end of the construction process, we would hand the customer the keys.”

MacGregor explained how the new model is different: ​“We own the asset and sell a steam purchase agreement, like a power-purchase agreement, which gives us long-term recurring revenue.” Such an agreement would have a customer agree to buy a certain amount of steam at a per-pound price over 20 years.

“Process heat was always our target when we started because process heat using steam for industry is an enormous market. Industry is the biggest user of energy: Steel mills, aluminum refineries and carpet factories…use more energy than houses and cars,” said MacGregor. ​“What isn’t obvious was that three-quarters of the energy they’re using is in the form of heat, not electricity. We call them ​‘smokestack industries’ for a reason — it’s because they’re burning coal, oil or gas to make heat.”

The CEO cited Ma’aden as an example. ​“They’re making aluminum with a huge energy input, and we’re helping them decarbonize. There are refineries like that, all across the [U.S.] Sunbelt — huge industrial steam-heat applications with similar temperatures, pressures and scale to what we’ve done before.”

The business environment today is ​“really different” than it was when GlassPoint launched, MacGregor said. ​“I remember in 2010, we’d go to an industrial user and enthusiastically say, ​‘We can help you decarbonize.’ They would look at us blankly and say, ​‘Why would we want to do that?’ Now, nobody says that.” 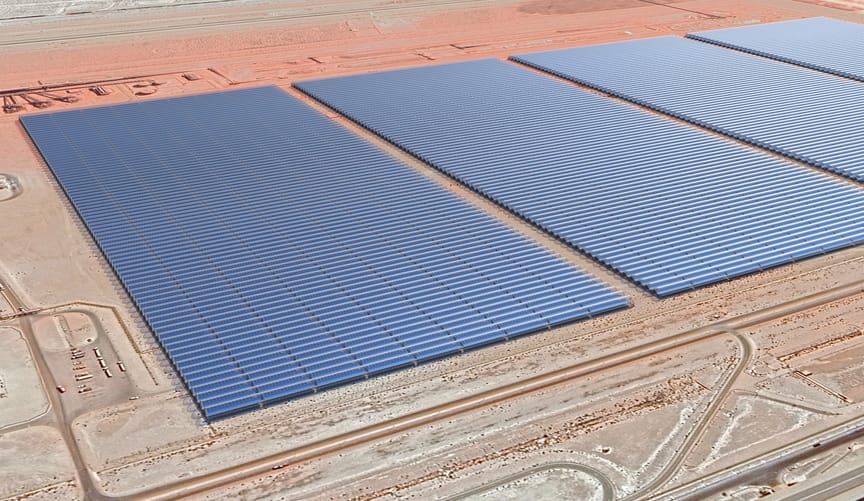 When complete, Ma’aden Solar I will be one of the biggest solar projects in the world. (GlassPoint)

In this new world, GlassPoint has some new potential boardroom allies. ​“Large companies usually have a decarbonization team. They have a net-zero goal and a net-zero commitment from the CEO or the board. They have special advisers, regulatory pressure, customer demand — all surrounding decarbonization. But there have been no obvious or easy decarbonization options for the industrial heat user.” That’s a gap MacGregor wants his company to fill.

Ultimately, the resurrected GlassPoint is banking on that newly minted corporate interest in decarbonization to revive its CSP technology — and to do it at gigawatt scale.