GlassPoint Solar, a leading supplier of solar energy to the oil and gas industry, has appointed Steven Moss as its chief executive officer.

An industry veteran, Moss will lead GlassPoint’s growth plans, diversifying its project portfolio in new markets in the Middle East and North America and commercialising its next generation technologies, said a statement.

Managing global operations from Muscat, Oman, Moss will oversee GlassPoint’s expanding global business, including the landmark Miraah solar plant under development with Petroleum Development Oman (PDO) and the Belridge Solar project with Aera Energy in California, US, it said. 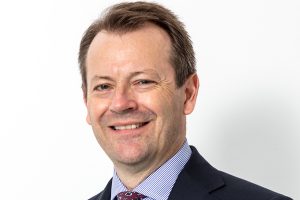 Moss is a global executive with 30 years’ experience in the energy and aerospace sectors. He most recently served as the CEO of General Electric’s (GE) global Renewable Steam Plants business, where he oversaw the delivery of geothermal, biomass and solar thermal plant solutions around the world.

“He also brings extensive experience in the global renewables business, particularly on the design and construction of solar thermal projects. His versatile background will strengthen our position as the leader in solar for oil and gas and accelerate our expansion to new markets across the globe,” he said.

As the head of the renewable steam plants division at GE, and previously Alstom Power, Moss was responsible for the commercial deployment of its concentrating solar power (CSP) products, including the development and manufacture of GE’s solar tower receiver and storage technology.

Before leading the renewables plant group, He served as the vice president for Industrial Steam Turbines at Alstom Power, where he drove Alstom’s re-entry into the industrial steam turbines market establishing its global operations. Moss also served as managing director of Alstom Aerospace and prior to that the managing director of Areva’s Research & Technology division focused on innovations in electrical transmission and distribution.

With a Ph D in Mechanical Engineering, Moss started his career as a gas turbine engineer and held several engineering leadership positions before joining the corporate management ranks.

Moss said: “GlassPoint’s commercial and technical decisions over the years have impressed me, and have established the company as the clear market leader.”

“Our solar oilfield technology is playing a trend-setting role in uniting the renewables and oil and gas industries to produce today’s energy at lower costs and with less environmental impact. I look forward to leading the next chapter in the company’s success story,” he said.

The company’s solar steam technology has been deployed successfully on oilfields around the world. In Oman, GlassPoint and PDO commissioned the first 100 MWt of the gigawatt-scale Miraah solar plant late last year on schedule. Miraah is now in daily operations and meeting all targets for steam output required by the Amal field, it stated.