Cerro Dominador, a subsidiary of EIG Partners, has just bid the 450 MW Likana tower CSP plant it procured from SolarReserve several years ago at under 4 cents/kWh. Was the record low bid enabled by cost reduction in tower CSP heliostat solar fields? 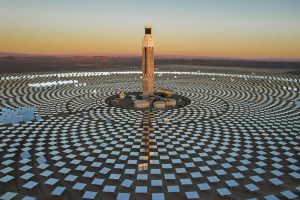 To learn the current status of heliostat technology, which already has yielded record low PPAs in Morocco and Dubai, early this year we had checked with Gregor Bern, who heads the group Concentrating Collectors and Optics at Fraunhofer ISE.

SK: Why do heliostats still cost more than parabolic trough solar collectors?
GB: The technology of parabolic trough systems is more mature. They have a more standardized design since there are more of them deployed in the world. Up to now there are only a few tower systems installed. Therefore, each tower project contributes more to the learning curve on how to design it best. Each tower system project installed up to now has its own, very specific design which is particular to that plant.

SK: Was there similarly more variety in trough designs in its early years?
GB: So in the very beginning, there were a few rather different designs. But then with the beginning of the construction in Spain – let us say the first wave between 2006 and 2014– there was a well-optimized design, for instance the “Eurotrough” developed by a consortium including sbp sonne gmbh, also being part of the consortium that has developed the pentagonal Stellio-heliostat. This “Eurotrough“-design was deployed in several plants. One base design was established that could be reused again and again. In this case, the collector was sub-licensed to the different EPC. While applying it, it was also optimized further for specific sites and local conditions.
There were similar designs that were introduced in the same time period by other collector manufacturers, that mainly differ with regard to the back structure, but they are all relatively similar in size. That meant that at least on the optical side they could use the same kinds of mirror, the same shape, and the same sizes, which allowed the mirror production companies to concentrate on a certain design and the different EPCs could purchase them for their specific collector structure. The size and shape of the mirrors were pretty much the same and the same receiver tubes could be used in all design variants. So we had some kind of a standardized size in trough collectors. 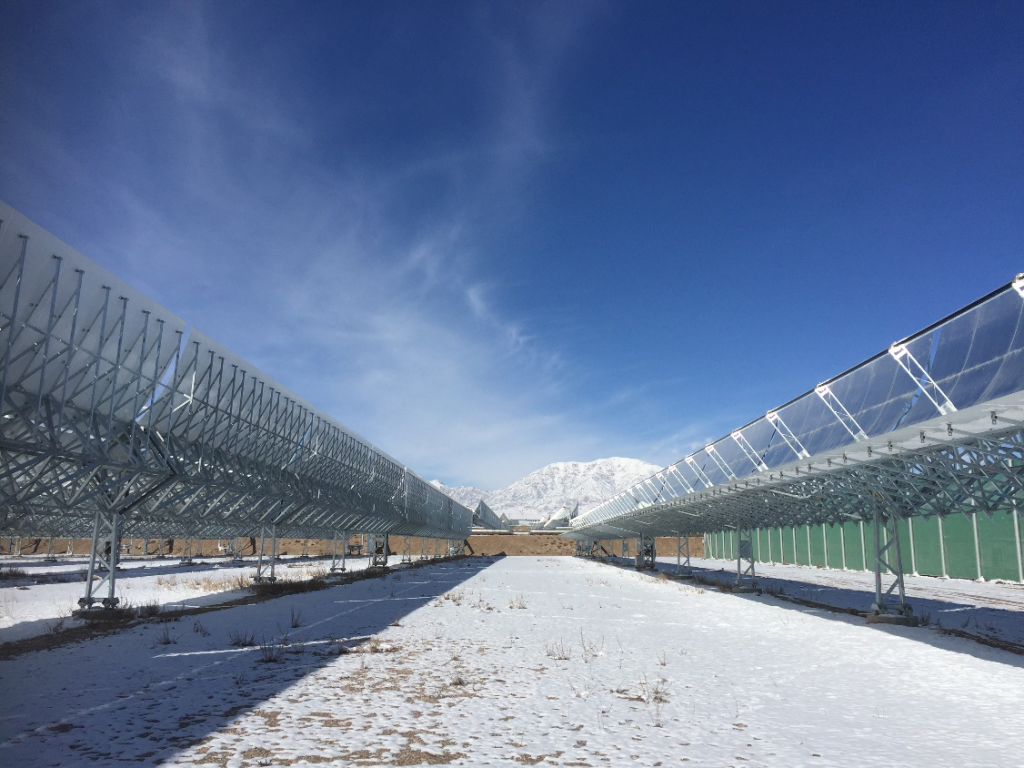 SK: Did repeating the same CSP plant size also cut costs for trough?
GB: The early trough plants in Spain were always about 50 MW. After good experience with the first plants of that size, it was required. because that size was required, hence the first few plants were built in that size. Simply put, the government in Spain said that we have experience with this size, so let’s just do it again and again.
This helped the technology reach maturity quickly. The more plants that are built, the more quickly you learn and make new experiences. Therefore, the cheaper you can organize and design the whole plant. On the other hand, innovations were not included as quick as it would have been possible without the 50MW cap.

SK: What are the ways heliostats are cutting costs?
GB: Most important is to reduce the costs of the collectors themselves. This can be done by improving the control on the one hand so that cheaper parts, like for instance cheaper drives, can be used.
You can also reduce the material in the heliostat structure. This can be accomplished by smart design. For instance, you can reduce material in the Stellio by reducing the loads or the robustness that the structure must provide. This can be done by reducing the distance between the furthermost edge of the collector and the center where the weight is carried. This results in the almost circular design of the heliostat, combined with a smart way of using the mirror sheets.
This would be one way to do this. The other way would be in production. You need to have mass production. You also need to use a smart approach for constructing the collector, maybe have a cheap assembly line, for example. Most collectors have only a few different parts. Pre-assembled manufacturing should be done as much as possible.
If you can create heliostats that are self-powered by their own little PV panel rather than a central power supply and if you have wireless control transmission, then you can reduce the costs of cabling. This is the strategy that BrightSource follows for their heliostats. I think this will be followed more and more in the future.
Reducing cabling costs is very important when using small heliostats because there are many, many heliostats to connect. With the larger heliostats, this may play a smaller role. Nevertheless, wireless communication and self-powering heliostats is still a chance to reduce costs. 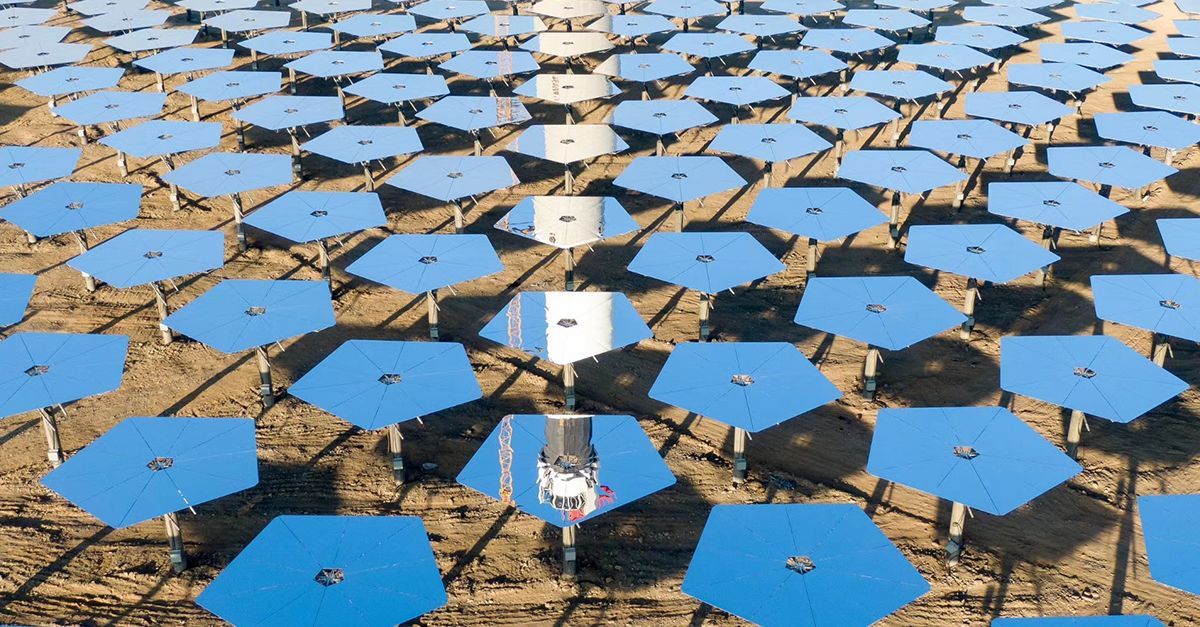 SK: Will larger or smaller heliostats be the winner do you think?
GB: There has been quite a lot of debate about this. There are two different philosophies: One is building really large heliostats with very strong foundations and strong drives. The other strategy is to go for small heliostats with a lighter design. For the first you will need less heliostats, for the latter more heliostats to run the same plant. Currently both paths are still undertaken and both are still viable. There are some companies which concentrate on the very, very large heliostats and some opt for the smaller ones. So we have a variety of available sizes. Let’s say from about 15 square meters to up to 140 square meters.
But this divergence is a huge liability. A big challenge is to keep the reflectivity up when the plant is running. So depending on the location, you need to invest a lot in cleaning the heliostats regularly because every bit of dust on the surface will reduce the light that can be focused onto the receiver. Therefore, one big challenge is to optimize the cleaning machinery. But that is not easy to standardize, since, all these different heliostat technologies exist. 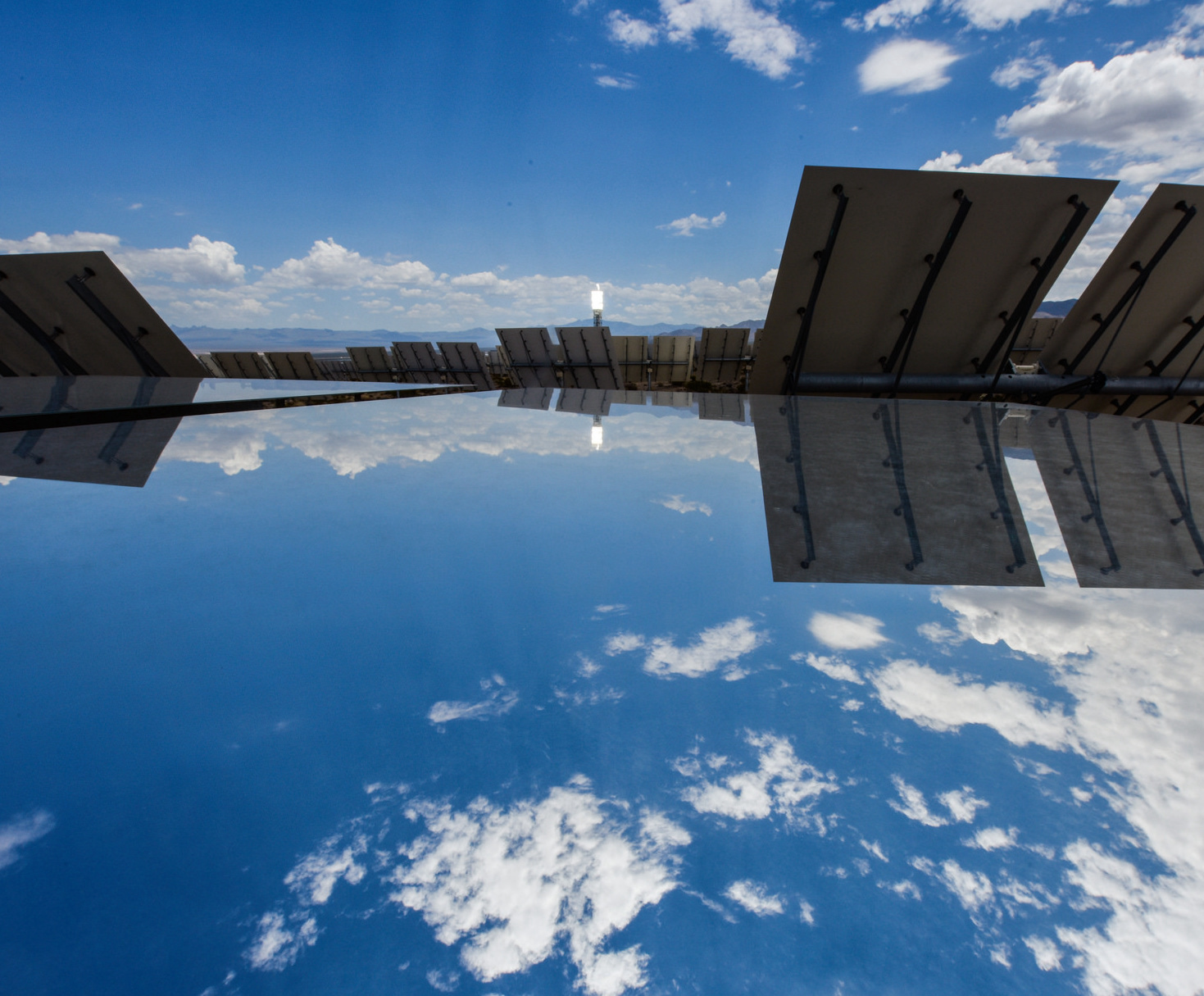 SK: Are there any challenges in integrating heliostats with receivers?
GB: If too much radiation is concentrated onto the receiver, the receiver will overheat. This can damage it and result in the plant being shut down. So you have to be very careful, not to concentrate too much solar energy on a single spot but need to distribute it with an aiming strategy. Therefore, the heliostats have to be controlled with very high precision. You need a very reliable control technology.
The heliostat fields are optimized for a certain weather scenario and certain irradiance, and there is almost always a group of heliostats that is not reflecting light to the receiver. For example, if a cloud passes, then more heliostats can be aimed to the receiver, to keep the temperature up. And when the cloud disappears, the number of heliostats focusing on the receiver can be reduced, to avoid overheating.
Right now the challenge of flux and temperature restriction is on the receiver side. But once we have suitable materials in the receivers that can withstand much higher temperatures, then this will help avoid the problem and allow for higher efficiencies. I think that this will be an important research topic in the near future.

SK: What still needs work?
GB: I think there will always be work on further improvements. These will become smaller as time goes on. Improvements are needed in the production but mostly in the controls. These improvements will have to be accompanied by increased deployment. We can optimize and optimize, but we mostly need to gain operating experience and demonstrate the plants. In order for this technology to become as bankable as trough collector plants, you need more plants to be installed which show that the technology already works in a reliable manner.
We will need these plants not only for power production but also for producing high temperature heat, for example in industrial applications that need heat for chemical reactions. Also hydrogen production is another potential application. This will be an application that we will see more and more in the future.
This will then present a new challenge in which we would need even more precise heliostats, with better pointing precision in order to generate heat with even higher temperatures. We still need to do a lot of work on these very high temperature processes. But for power production, the technology is there and is implemented and operating, as shown in CSP plants around the world.

SK: Like the record-breaking low cost tower CSP built in Morocco and Dubai?
GB: The component costs are not publicly available. But we do know the calculations from other researchers or developers when they present their designs that can be sub-licensed. This is public information. It is not yet certain to me, whether this is exactly the price that is reached at the end of production. But it gives at least the direction.

SK: So heliostats are already contributing to lower cost CSP commercially?
GB: Yes, definitely! It is no longer a scientific research topic only. Rather, it is now an industrial topic. The technology is there, and it can be used. But most important, it must be deployed as well. What is now needed is a real roll-out of the technology.