Ten years as a patent attorney with Exxon Mobil initially predisposed Gary Katz to see purification of “produced water” at oil wells as the market for the off-grid desalination startup he founded and bootstrapped in 2016, aiming to use the industry’s own wasted gas it flares onsite.

“We realized there was a big need to purify water at the oil and gas production sites and there’s quite a bit of waste natural gas you can use for heat,” Katz told SolarPACES in a call from Texas. But the US Department of Energy changed his focus when it put out an RFP for solar desalination innovations. 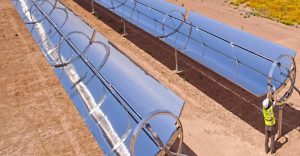 “It’s a multi-stage price competition. In the first round, we received a $50,000 cash prize which allowed us to build a prototype, the second round we received the $250,000 cash prize. With that money, we’ve advanced and will continue to advance the technology tremendously. And now, for the next phase, in which we have to produce a shovel ready project – if the DOE accepts it, we will be getting a $750,000 prize.

In the original grant application for renewable desalination, the startup mentioned solar thermal, but actually Katz had originally thought industrial waste heat energy would be the ideal source. But as he noted, ruefully: “As a start-up you have to pivot to what the market will support. Even though industrial waste heat energy to run the purification system would in theory be free, the industrial plants we approached were not too keen about letting us test the idea on-site.”

“In many applications such as petrochemical refining and in chemicals and mining, the waste heat energy is definitely hot enough to purify water. The problem is convincing these industrial plants to allow us to retrofit or modify their heat exchangers, which could be expensive depending on the size. That was not an easy task. It just appeared that they didn’t show enough interest to actually pursue it any further. I haven’t given up on that, but I just am currently pursuing markets that are much more eager for this technology,” he added.

So initially, in the startup’s first two years of operation, the firm developed an off-grid desalination technology powered by flared gas, because oil and gas customers were much more willing to work with them than industrial firms; “so we transitioned to a system that can run on natural gas at the oil gas well sites to purify the contaminated water to fresh water quality.”

These fossil fuel firms also are more open to the new solar version he is now developing, post-DOE awards, he added: “They would consider a solar-powered desalinization system. For example, in certain remote areas, there’s oil wells with no natural gas. What they understood was a solar desalination unit is not only environmentally friendly, but also it can ease the logistical requirements of having to ship fuel to remote areas. And we hope to have a hundred cubic meter per day solar desalination plant built sometime next year, which would then transition to become our first commercial solar product.”

The agricultural desalination market is bigger

But in another lesson during the discovery process, Katz also found a much bigger market – agricultural desalination, and even purifying water for the most basic human need – drinking water.

“There is remote agriculture even in the United States where the water sources are becoming impaired; the surface water and ground water is becoming either contaminated or has salt water intrusions so it is not usable for agriculture. Often these remote farms and ranches do not have access to heavy power, or natural gas. And reverse osmosis desalination is not an option because of the electricity use,” he noted.

“Another market is the military and humanitarian organizations operating in remote areas with water that’s not suitable for drinking locally, so they either have to fly in large amounts of water on pallets or bring in heavy jet fuel for generators to run reverse osmosis plants. So a solar thermal desalination system that works off-grid is a huge significant value proposition in easing the logistical strain in remote operations.”

Because the original design used fossil fuels for heat, the only change needed to meet the renewable requirements of the DOE award was switching the source of heat to solar.

“Our own patented improvement is the ability to perform the distillation – including the heat transfer, distillation and separation – inside a heat exchanger, which in the past has required multiple pieces of equipment and process steps,” explained Katz.

“That meant more cost and more energy to run. But with our simplified system we’re able to remove over 99% of the contaminants dissolved in the water in a single pass of under 12 seconds with only one piece of equipment. So we could take some of the most heavily contaminated water and transform it to fresh water quality very quickly.”

A 20 year experience in assessing technology as a patent attorney and entrepreneur led Katz to contract out the solar collector supplier to Rackam Group – that has deployed their solar collector modules in the US, Canada, Brazil and Spain. He understood that with no solar background, off-the-shelf would be the smart solution for his desalination startup.

Next month, Katz expects delivery of this solar collector so they can test the full system with their core desalination technology, using solar to heat the water to 250 °C for thermal desalination. This solar module is a 10kW-thermal 20 foot dual axis parabolic trough collector developed by Rackam. 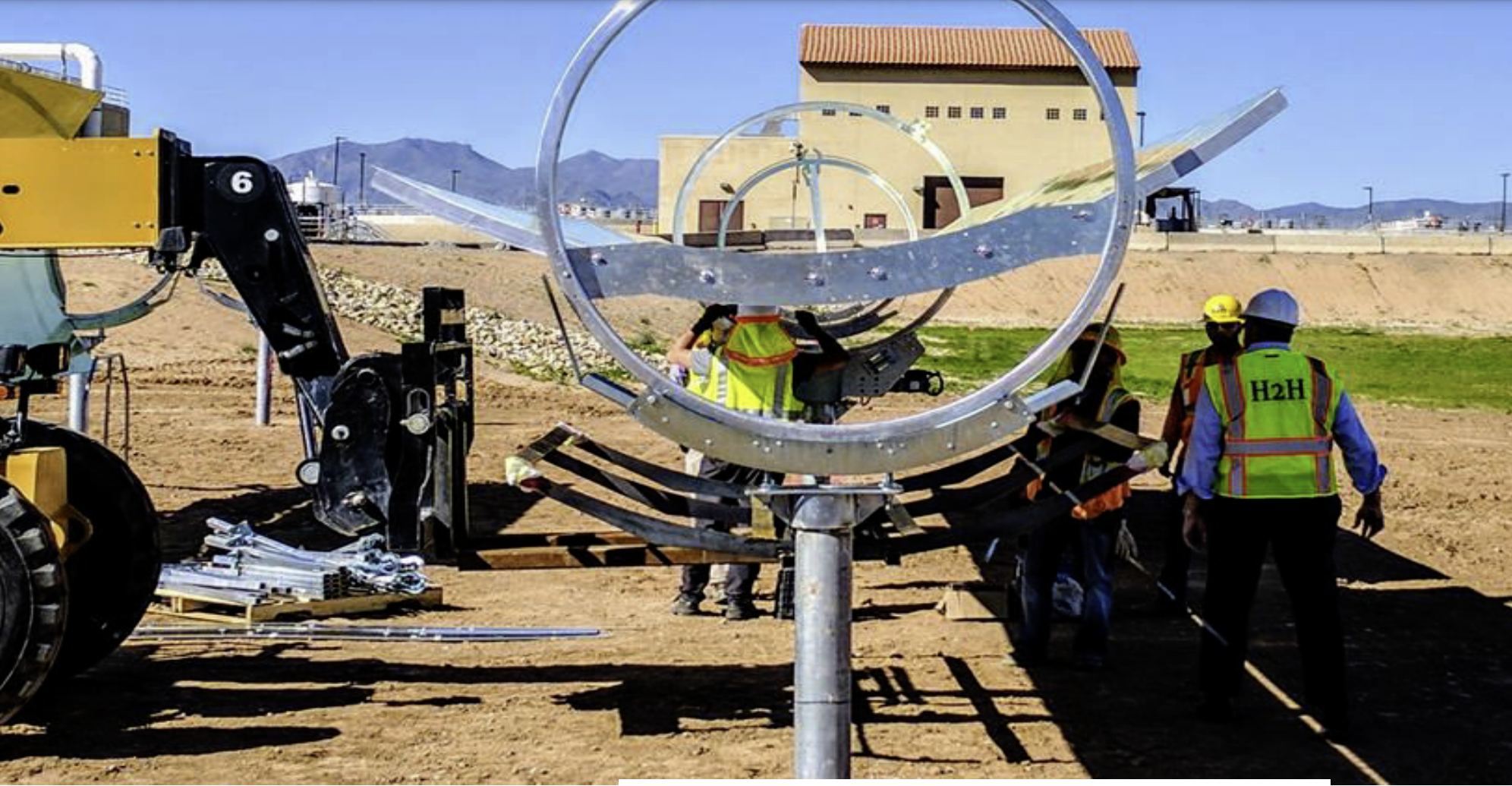 “Heat2Hydro merged and formed the larger Rackam group,” explained Heat2Hydro CTO Angelo Chialva, whose solar thermal engineering background goes back more than ten years working in the US CSP portfolio, as well as in South America.

Chialva hopes to address a lack of performance data by making theirs public, with help from NREL. He believes that validation testing of various solar thermal components is critical and paramount, which gives certainty to potential customers – and suppliers. So to demystify the technology for American firms, Rackam plans on making their own results – good and bad – public, through their continuous CST working relationship with NREL in Colorado.

“We are here to learn from past lessons and make the best technology available to clients out there,” he said.   The firm has tightened its range based on early learning, in the process abandoning two early versions of its collector in favor of one success that performs at 70% efficiency and has lower cost, so they can now meet an under 3-year payback with a 30-year lifetime.

Chialva is convinced that industrial heat applications like desalination is the better way to make use of concentrated solar thermal technologies – rather than delivering electricity as a CSP plant.

“Waiting for that perfect large scale project that unfortunately doesn’t exist anymore because of the super low cost PV technology and low cost natural gas is the recipe for an unrealistic pipeline,” he said.

“The use of solar for water recovery applications like Katz Water Technologies’ is going to be the next big use of solar thermal, unlike the multi-million dollar systems which demand large initial capital investments.”