Cosin Solar (previously Supcon Solar) seemed to burst on the global Concentrated Solar Power (CSP) scene as a fully fledged Chinese CSP firm. Among China’s pilot projects, the Supcon Delingha 50 MW tower CSP with 7 hours of storage in Qinghai Province was among the few to succeed in China’s pilot program. 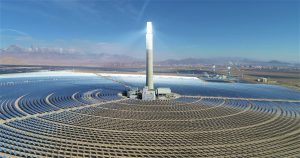 The project reached full load much faster than the first CSP projects in the US, having first connected to the grid in December of 2018, and entering regular operation recorded by the government by late 2019. I spoke with Cosin Solar Chairman Jin Jianxiang to understand the basis of this success and what it might mean globally. 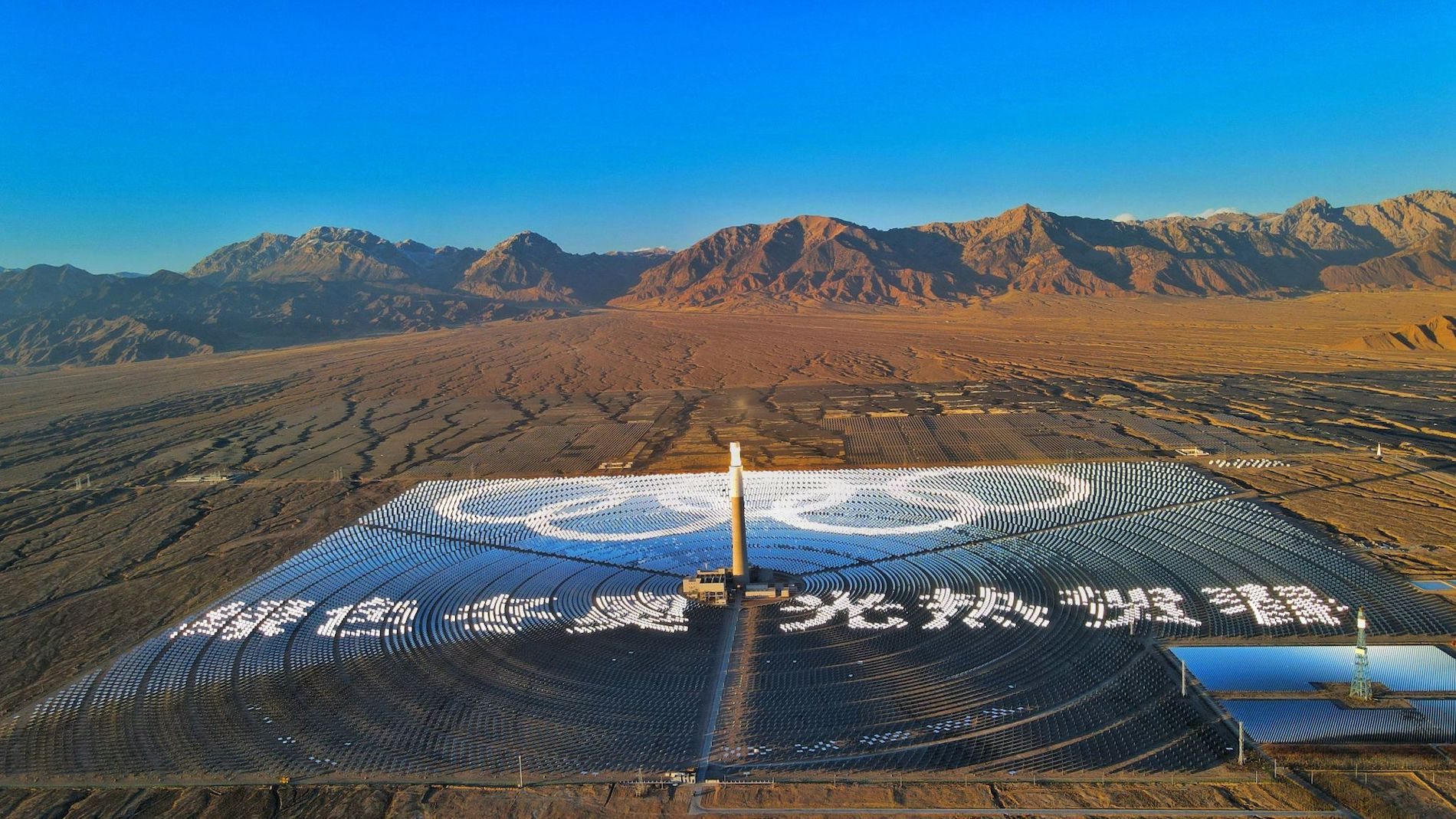 SK: Why do you think your first shot at tower CSP succeeded right away, where the two tower projects in the US – Crescent Dunes and Ivanpah had problems?

JJ: Many people who don’t know our background think we succeeded in the first shot. In fact, we have been researching CSP technology for over 12 years from lab tests to demonstration pilots, and then to nowadays large-scale commercial projects. Also, it’s very important to say that before we started to work on CSP technology, we have already had 20 years of good experience and knowledge in the automation & control industry, which is the core part of CSP technology.

We started to focus on tower CSP technology in 2011. From 2011 to 2013, we built a heliostat pilot at a small test base in Hangzhou, Zhejiang Province, and then we build the Delingha 10 MW(DSG) power station. From 2013 to 2015, through 3 years of experimental research, we successfully solved the problems of mirror field control, heat absorber tube burst, molten salt valve leak, electrical heat tracing failure etc. In 2015, our molten salt system pilot entered the engineering verification stage and we upgraded Delingha 10 MW power station to a molten salt energy storage power station, which was put into operation in August 2016 and has been running well since then.

After that, we set ourselves the challenge to build and operate at the 50 MW level. Through the engineering, construction and more than three years of commercial operating experience of the 50 MW Delingha tower, we have learned many lessons in the technology, research and engineering application of CSP.

So this is why it’s not like some miracle, suddenly, we build a project and then it works very well.

SK: Could you describe its ramp up period ?

JJ: We synchronized to the grid on Dec.30, 2018 and reached full load on April 17, 2019. During the first half of 2019 we were in trial operation, to eliminate defects and do tests for technical acceptance by CREEI (China Renewable Energy Engineering Institute). From July 2019, the plant started normal operation with steadily improving performance.

The performance testing began the end of September that year, with operation records and we showed the main indicators were slightly better than the theoretical values: the maximum temperature of molten salt at the outlet of the heat absorber is 566℃, the main steam pressure is 13.3MPa, and the maximum output power of the steam turbine generator set is 52.1 MW. During the 182-day performance test period, 24 days were too cloudy to keep running, so the actual operation of the power station was 158 days. But we had no shutdowns from equipment failure, we averaged 97%, and for 76 of those days – about half – we achieved single-day power generation of over 100%.

SK: And how is that pilot project doing recently?

We’ve had no stops due to equipment failure. For the last 187 days, from 26th August 2021 to 28th February 2022, we had 17 cloudy days and actually operated for 170 days. We’ve averaged over 100% of expected generation for 103 of those days, and the remaining 67 days were a little under 100%. During this period since August last year, aggregate DNI was 1197 kWh/m², for a theoretical production of 91 GWh. Yet our actual production was 92 GWh, and our average power generation achievement rate was 101%.

For November our average rate was 104%, the best month since its commercial operation began. We delivered 18 GWh, the highest monthly power generation in 2021. 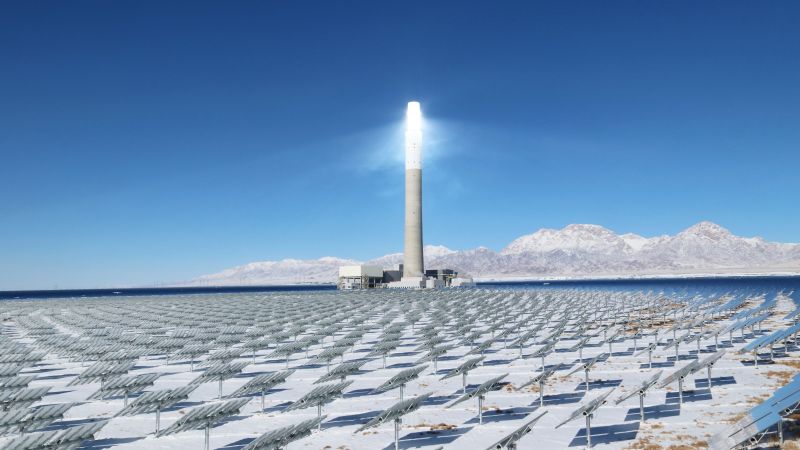 SK: A really great performance. As well as CREEI – did any international consultancies evaluate performance during that initial testing period?

JJ: Yes, we’d invited DLR and CSP Services from Germany to check and assess the our heliostat performance on site, and their conclusion was that its performance complies with best practices of the SolarPACES Heliostat Testing Guideline, Version 17 2020, with negligible mirror surface deformation and excellent tracking accuracy.

We also invited the international independent engineering consulting company Fichtner to conduct a complete technical evaluation and verification of the operation of the plant for six consecutive months from October 2019 to March 2020. They confirmed the performance along with a monthly upward trend, reflecting the gradual optimization process.

[Fichtner stated:
• In the first half-year of the performance assessment period, the power station achieved 97.06% of the comprehensive power generation, and showed a monthly upward trend, which reflects the gradual optimization process of the power station’s operation strategy;
• The design of the power station has reached the state-of-the-art level of similar technologies in the world. The main equipment has a robust design, and the overall project has a number of design highlights, such as the heliostat and its control system, the minimized number of molten salt pumps, steam cycle system design, etc.
• The overall conclusion of the evaluation report is that the quality of the solar thermal power station is advanced and comparable to that of international technology providers. It adopts a series of novel design methods to effectively improve the performance and operation, providing a stable power generation.]

SK: So what’s your part in these huge new mixed-renewables projects getting built now in China for 2024?

JJ: We are independently developing 200 MW of tower CSP with 1150 MW PV multi-energy complementary project in Qinghai Delingha, and a 100 MW tower CSP and 600 MW PV project in Gansu Jinta.

In 2021, as technology provider, we worked with the China State Power Investment Huanghe Hydropower Company and CNOOC Renewable Energy Company and our consortium won the No.1 bid for the Qingyu DC Phase II project, which includes 100 MW of CSP and 900 MW of PV.

In addition, We’re involved in several multi-renewable projects in Jilin, Qinghai and Tibet with other Chinese investors and developers.

SK: And any overseas work in your pipeline?

JJ: Yes, we’ve started to look outside China in the last few years. In 2019, we signed the EPC contract for MINOS 50 MW CSP project in Greece with CGGC INTERNATIONAL LTD as consortium. The Chinese President Xi Jinping and the Greek Prime Minister jointly witnessed the signing of the multilateral cooperation agreement for this project. MINOS is now in the financing stage.

We are now actively looking for business opportunities in South America, MENA, Europe and other regions. We are cooperating with some international clients and partners for potential CSP project development and hope these projects could be built in the next few years.

Many countries in the world, like Chile, Spain, have very good solar recourses, open electricity markets and a flexible financing environment and also have urgent and high need of clean, dispatchable and cheap renewable energy. CSP could hybrid with other renewable energies to provide this kind of 24/7 clean energy solution at a competitive price in these countries.

The reliability, maturity and cost-effectiveness of Cosin Solar CSP technology has been proved well in China. We believe our technology will keep its good performance in the global market. We are now ready to work with more international developers and investors in the global CSP industry.