A Q&A with Aldo Steinfeld – pioneer in solar fuels research

Aldo Steinfeld, a professor at ETH Zurich, has been systematically developing the technologies for the production of solar fuels over several decades. At a time when concentrated solar power (CSP) was first attempted as an electricity producer, Steinfeld’s lab was already performing fundamental research on solar fuels production from water and CO2. 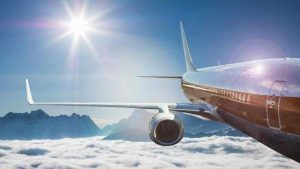 His focus was on thermochemistry and solar reactor engineering, but he also carried out R&D on the direct air capture of CO2 to close the carbon cycle, on high-flux solar optics to obtain the required solar concentrations, and on high-temperature thermal energy storage to enable round-the-clock operation of a solar fuel plant.

Many of his former doctoral and Master students now work at Synhelion and Climeworks, the two spinoff companies that emerged from his lab and are scaling-up the technologies. Synhelion is already planning the commissioning of the world’s first industrial solar tower fuel plant in 2023, and SWISS announced it will be the first airline to fly with solar kerosene. We have covered Synhelion’s emergence here at SolarPACES, since 2017.

(Like CSP for power generation, a solar fuels refinery utilizes the highly concentrated heated sunlight reflected off a solar field of mirrors up to a solar receiver. Then that heat is used directly in a chemical reactor to drive the conversion of water and CO2 to make jet fuel or other synthetic drop-in fuels.)

SK: Your paper way back in 1995 (Production of solar hydrogen by a novel, 2-step, water-splitting thermochemical cycle) seemed like it broke open this entire field of research, by enabling solar thermochemistry at under 2000°C. What temperature do todays reactants like ceria require?

AS: The temperature and pressure requirements of the thermochemical redox cycle for splitting of H2O and CO2 depends on the thermodynamic properties of the redox material. For ceria, the reduction step is typically performed at 1500°C, 0.01 bar, and the oxidation step at 1000°C, 1 bar. The temperature-pressure swing between the two redox steps determines the oxygen exchange capacity of ceria , and thereby the fuel yield per cycle.

SK: Back then was the research you were doing at the ETH labs in Switzerland alone? Were other labs working on solar fuels?

AS: Back in 1995, there weren’t many researchers in the area of solar thermochemical fuels. As I recall, active besides us at that time were the research groups of Al Weimer at U. of Colorado, Gilles Flamant at CNRS, Christian Sattler, Martin Roeb, and Rainer Buck at DLR, Rich Diver at Sandia National Labs, Al Lewandowski at NREL, Manuel Romero and Julian Blanco at CIEMAT (later to be continued at IMDEA Energy), West Stein at CSIRO, Yutaka Tamaura at the Tokyo Institute of Technology, and others. I might have forgotten a few important groups to name; this was 27 years ago!

SK: Why has solar thermochemistry taken longer to get to pilot stage than CSP for just electricity?

AS: Technological developments took longer than CSP because of their complexity. It took us more than a decade to realize our solar mini-refinery that produces fuels from sunlight and air: The solar fuel technologies are only now being scaled-up and implemented at an industrial scale. 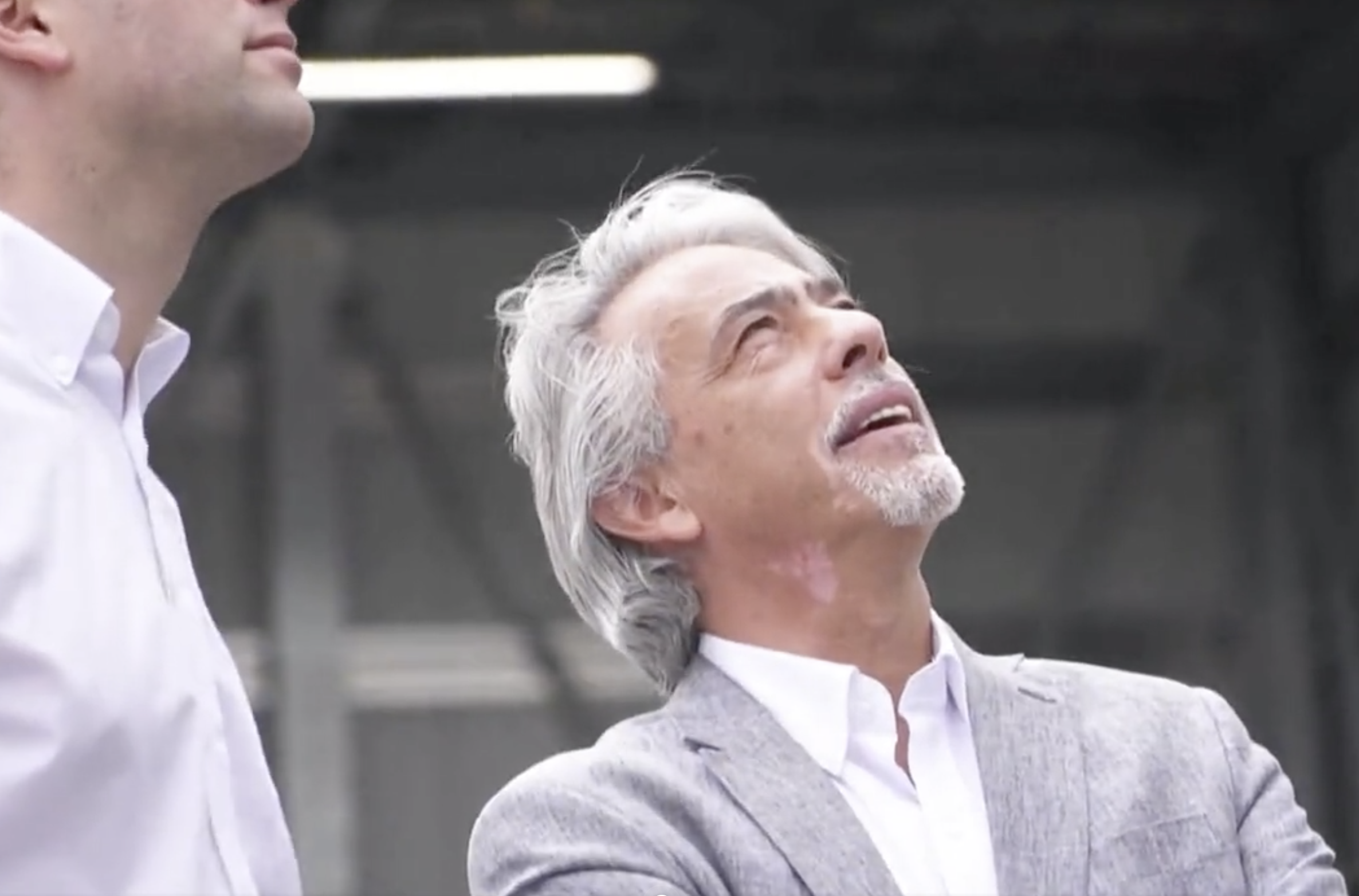 SK: So now, your latest paper at Joule,”A solar tower fuel plant for the thermochemical production of kerosene from H2O and CO2” is finally getting a lot of news coverage. What is the particular breakthrough?

AS: The solar tower fuel plant described in the Joule paper is a pioneer demonstration of the entire thermochemical production chain, from water and CO2 to kerosene, in a solar tower configuration. It was the result of a joint effort by IMDEA Energy, DLR, Bauhaus, Hygear and ETH in the framework of the EU project Sun-to-Liquid. I think it represents an important milestone on the path towards the industrial production of sustainable aviation fuels.

SK: Even great research doesn’t always make it to get commercialized. Do you think “hot solar” aviation fuel will be different?

AS: Yes, prospects are now favorable for an industrial implementation of the technology in the near future.

SK: What is the commercial importance of being able to manufacture a solar jet fuel?

AS: For the foreseeable future, kerosene will be indispensable as a jet fuel for the long-haul aviation due to its high specific gravimetric energy density and compatibility with the existing global fuel infrastructure. However, approximately 5% of current anthropogenic emissions causing climate change are attributed to global aviation, and this number is expected to increase. These emissions can be avoided by substituting fossil-derived kerosene by solar-made kerosene. Thus, solar kerosene can help make aviation more sustainable.  SK: How does it stack up next to bio-kerosene?  In contrast to biofuels, which are limited by resource provision, global jet fuel demand can be met with solar by utilizing less than 1% of the worldwide arid land, which does not compete with food production.

SK: Are there advantages to using solar heat rather than electricity; e-kerosene?

AS: Yes, indeed. The thermochemical path offers a thermodynamically favorable pathway to fuel production because it uses the entire solar spectrum as the source of high-temperature process heat for effecting the thermochemical conversion, and it does so with high reaction rates and potentially high efficiencies. On the other hand, the synthesis of e-kerosene requires the production of substantial excess H2 by water electrolysis using solar electricity, which is subsequently consumed via the endothermic reverse water-gas shift (RWGS) reaction to obtain syngas suitable for the Fischer-Tropsch step. In contrast, the thermochemical path bypasses the solar electricity generation, the electrolysis, and the RWGS steps, and directly produces solar syngas of desired composition, so three steps are replaced by one. Last but not least, with integration of thermal energy storage, the solar thermochemical fuel plant can be operated round-the-clock.

SK: Will this kerosene meet official aviation fuel quality requirements, and could it be shipped by tanker directly from the solar field to the aviation fuel depot?

AS: Yes, solar kerosene is fully compatible with the existing infrastructures for the fuel storage, distribution, and end-use in jet engines, and can be blended with fossil-derived kerosene.

SK: What were the particular challenges you solved in this work described in the latest paper?

AS: The design of the solar reactor − the cornerstone technology − was the most challenging. We evaluated the performance of the solar reactor based on five primary metrics: the reaction selectivity, syngas quality, fuel purity, energy efficiency, and material stability. We experimentally validated its stable operation and full integration in the solar tower fuel plant.

SK: What are the remaining challenges that need to be solved?

AS: The solar-to-fuel energy conversion efficiency still needs to be increased to make the technology economically competitive. For that, we are working intensively on optimizing the ceria porous structures for improved volumetric radiative absorption and on incorporating heat recovery between the redox steps. In addition, alternative material compositions, for example, perovskites or aluminates, may yield improved redox capacity, and consequently higher specific fuel output per mass of redox material.

SK: What would a typical commercial plant look like?

AS: The solar tower fuel plant reported in the Joule paper was realized for research purposes and is relatively small compared to a commercial-scale one, but it integrates all the required components. A commercial-scale solar fuel plant could use for example 10 heliostat fields, each collecting 100 MW-thermal of solar radiative power, to produce about 34 million liters kerosene/year. The estimated land footprint would be 3.8 km2.

SK: And how much land would be needed to supply entire global demand?

AS: 2019 global aviation kerosene consumption was 414 billion liters; the total land footprint of all solar plants required to fully satisfy global demand would be about 45,000 km2, equivalent to 0.5% of the area of the Sahara Desert.

SK: Where do you imagine that solar jet fuel will become a big industry? Are there many regions that have the solar resource and available space to make solar jet fuel?

AS: Yes, solar kerosene will be produced in areas with high solar irradiation. Suitable locations are regions for which the annual direct normal solar radiation is higher than 2000 kWh/m2 per year, such as Australia, South Europe, North Africa, the Arabian Peninsula, China’s Gobi desert, the Atacama desert in Chile and the southwestern United States.

Listed below:  Publications describing some of the technological breakthroughs over the years that led to today’s solar fuels results