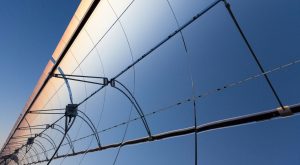 As the world faces an unprecedented energy crunch, South Africa’s protracted national energy trilemma has now reached a true crisis point that requires the private sector to step in with extreme urgency to drive the critical transition to clean energy. It is for this reason that Siemens Energy has become an indispensable driving force in transitioning Africa’s third-largest economy away from coal toward a more stable renewable energy future. As the major contributor to the growing Concentrated Solar Power industry in the Northern Cape – adding 500MW of clean power to the national grid – Siemens Energy is one of the biggest private sector accelerators of the country’s vital clean energy transition.

The Renewable Energy Independent Power Producer Procurement Programme (REIPPPP) – in which Siemens Energy is actively involved – is proving to be successful in helping South Africa to meet its energy demand through the addition of new and more diverse sources of power. The programme is also bringing in foreign investment and creating substantial socio-economic benefits due to job creation, skills development, and economic opportunities all along the energy value chain.

As a global leader in renewable energy technologies and services, Siemens Energy has provided technology and expertise for wind, solar, gas-to-power, thermal storage, hydroelectric and hydrogen projects in South Africa over the past decade.

One of its biggest contributions to the energy transition to date has been to Concentrated Solar Power (CSP) generation in the Northern Cape. Six out of South Africa’s seven CSP plants are currently running on Siemens Energy steam turbines and parts, and a seventh will come online soon.

All these projects are in the sunny Northern Cape where they create thousands of jobs and are 20% owned by their local communities. The Independent Power Producers (IPPs) who own these projects have 20-year Power Purchase Agreements with Eskom. Three of the five Siemens Energy-supplied Concentrated Solar Power Plants have multi-year Service Agreements in place with the IPPs who own and operate them.

The flagship project, KaXu Solar One, helped unlock the South African CSP market in 2015 as the first private sector, utility-scale CSP project in the developing world. Looking at KaXu’s combined impact with Xina Solar One and Khi Solar One, it is significant: together they power close to 220 000 homes during peak times with clean solar energy and eliminate close to 700 000 tons of CO2 emissions per year.

The 100MW Redstone CSP plant, which is currently under construction, is the first project-financed project in the world for CSP with a molten salt central receiver. It is also one of the largest investments in South Africa under the REIPPPP. With 12 hours of full-load energy storage, Redstone will be able to reliably deliver a stable electricity supply to more than 200 000 South African homes during peak demand periods, even well after the sun has set.

Siemens Energy is committed to its role in developing South Africa’s sustainable energy landscape, both as a partner to ESKOM and Sasol in their green energy transition, and as a supplier and partner to many large and small private sector players who build, own, and operate the country’s growing number of private or public-private energy plants.