The Ilangalethu CSP1 Project is a thermal renewable energy power station that utilises concentrated solar power (CSP) technology, which uses mirrors to concentrate the sun to produce steam that is used to drive a conventional steam turbine, which in turn drives a generator to produce electricity.

The Ilangalethu CSP 1 power station is a 100MW parabolic trough semi-peaking plant with a thermal energy storage system, capable of storing energy for up to five hours. The power station is located about 30 kilometres east of Upington in the Northern Cape Province of South Africa.

Construction on the Project commenced on October 1, 2015 and is expected to be completed within 36 months.

One of the most active and lucrative areas in the South African energy and infrastructure market continues to be the REIPPP Programme. Given the focus on energy and power in South Africa and Africa generally, the Ilangalethu CSP1 Project is both geographically and commercially important.

The Ilangalethu CSP1 Project is geographically significant for Emvelo as the project forms part of the Emvelo Karoshoek Solar Valley Park, a renewable energy and real estate city development in the Northern Cape Province of South Africa, the solar valley concept was conceived by Emvelo with the aim of rolling out up to 1.1GW of concentrated thermal power stations capable of generating baseload solar electricity across the 34,000 hectare site. 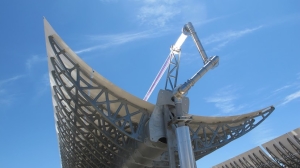 The successful project financing transaction of the Ilangalethu CSP1 Project is commercially significant for IDC, a national development finance institution, set up to promote economic growth and industrial development in South Africa, which has assumed one of the most prominent roles in the financing of renewable energy projects in South Africa.

With specific reference to the South African context, the deal is significant from a black economic empowerment (BEE) perspective as Emvelo and its consortium partners are each representative of and committed to the policy outcomes of the South African government’s BEE objectives.

The Ilangalethu CSP 1 Project has won the following awards: 2015 Project Finance International Middle East and Africa Solar deal of the year and the 2015 EMEA Finance Best Renewables Deal of the year.