Frenell has won a contract to supply its solar thermal technology to a coal-fired power station in Uttar Pradesh, India, the company announced November 7. 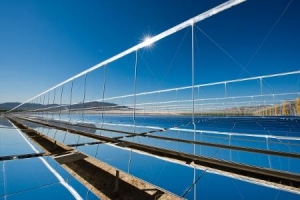 «The mirrors concentrate the sunlight on absorber tubes and heat the fluid up to 250°C which are the parameters required for the power station unit. The heat generated from the solar field will heat the feed water supplied to the steam generator, allowing for lower coal consumption and thereby reducing the emission of greenhouse gases,» Frenell said in a statement.

Frenell will deliver its CSP technology as subcontractor and will execute the turnkey manufacturing and construction of the solar field. Indian energy company Thermax will act as engineering procurement contractor (EPC).

The project is expected to be completed by September 2017.