The so-called Bundang-Gu Calama project will be realised in the Antofagasta region for a total cost of USD 4.5 billion (EUR 3.8bn), Cristian Lincoqueo, head of sustainability at Andes Green Energy’s Chile unit, said as cited by the news agency.

Of the total capacity, some 700 MW will come from PV panels and the remaining portion will make up a concentrating solar power (CSP) plant with a storage system. The plan is to sell the generated electricity through bilateral contracts to mining companies in the region. 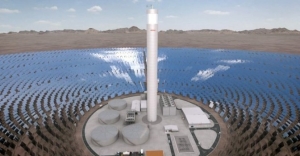 According to the official, the project is in its final phase of environmental approval and could enter its construction phase in January 2018. The entire plant is expected to be up and running in 2022.

Andes Green Energy also plans a similar project, called Bundang-Gu Pozo Almonte, for Chile’s Tarapaca region. At the same time, it is looking for opportunities in other parts of South America such as Peru and Panama, the report says, quoting executive director Carlos Sanchez Vergara.